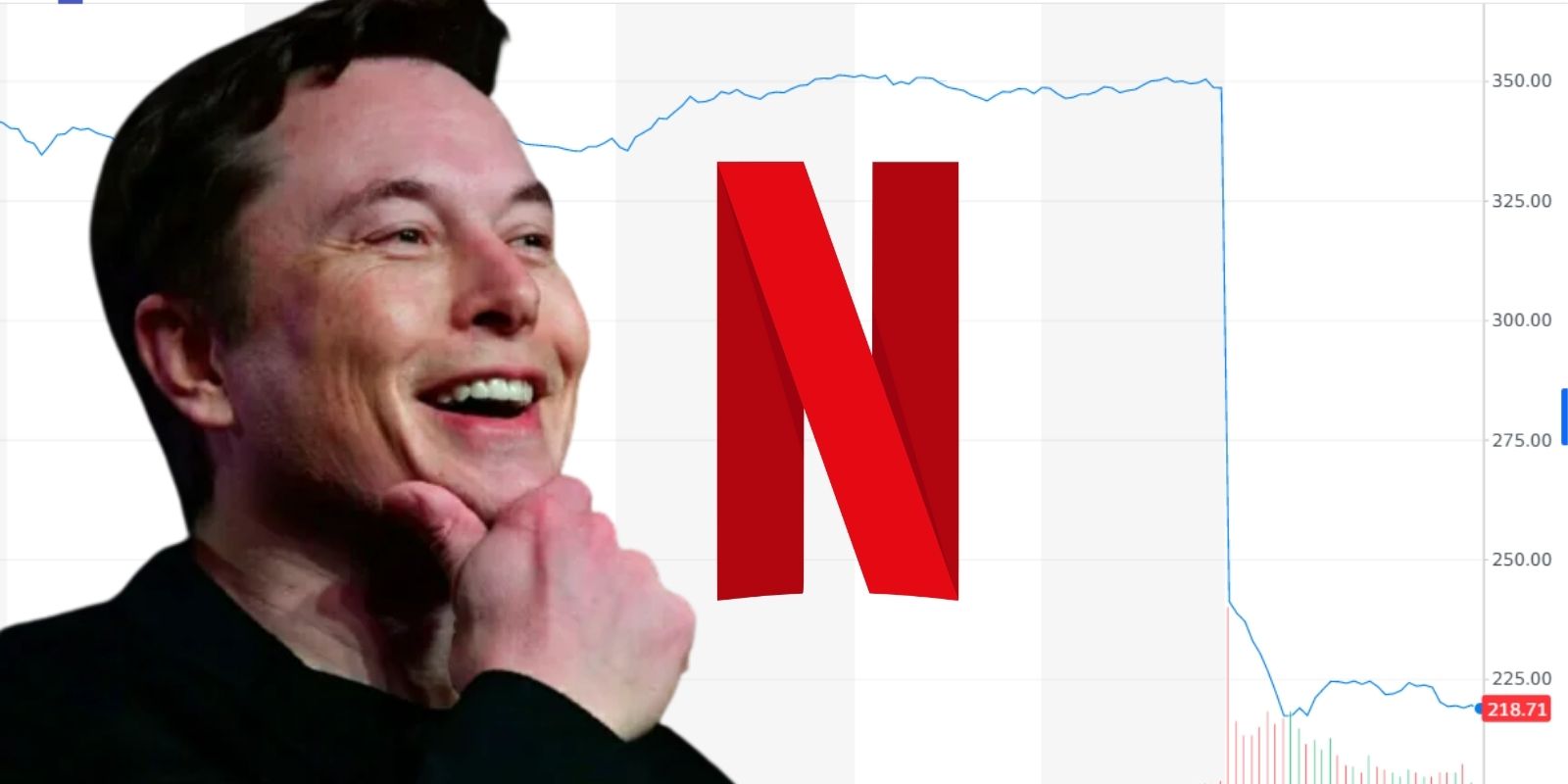 Netflix stock fell off a cliff on Wednesday morning after Tesla and Space X CEO Elon Musk tweeted that the company had been infected by a "woke mind virus," making its content unwatchable.

The streaming giant closed yesterday at 348.42, and opened at $246.00 per share on Wednesday. At the time of writing, the stock has plunged even further down, now sitting at $218.64 per share, seeing a decrease of over 35 percent.

"The woke mind virus is making Netflix unwatchable," Elon Musk said in a tweet responding to a post by Slashdot, which details how shares for the company fell by 20 percent after they reported that it had lost subscribers for the first time in over 10 years.

While discussing "wokeness" to the Babylon Bee podcast, Musk coined the term "woke mind virus," calling it "arguably one of the biggest threats to modern civilization."

"Wokeness wants to make comedy illegal," Musk said. "Do we want a humorless society that is simply rife with condemnation, and hate? At its heart, wokeness is divisive, exclusionary and hateful. It basically gives mean people a shield to be cruel, armored in false virtue."

Musk has been in the spotlight as of late after his attempt at buying Twitter for $43 billion. Musk and former Twitter CEO Jack Dorsey publicly criticized Twitter's board of directors after the platform's announcement that it would be implementing a "poison pill" plan–which makes it difficult for Musk to increase his stake in the company past 15 percent.

Currently, Musk owns just over 9 percent. Although Musk's offer has been met with severe obstacles and scrutiny, the freedom of speech warrior has yet to backdown.