"I personally witnessed disregard of signature verification as well as other irregularities." 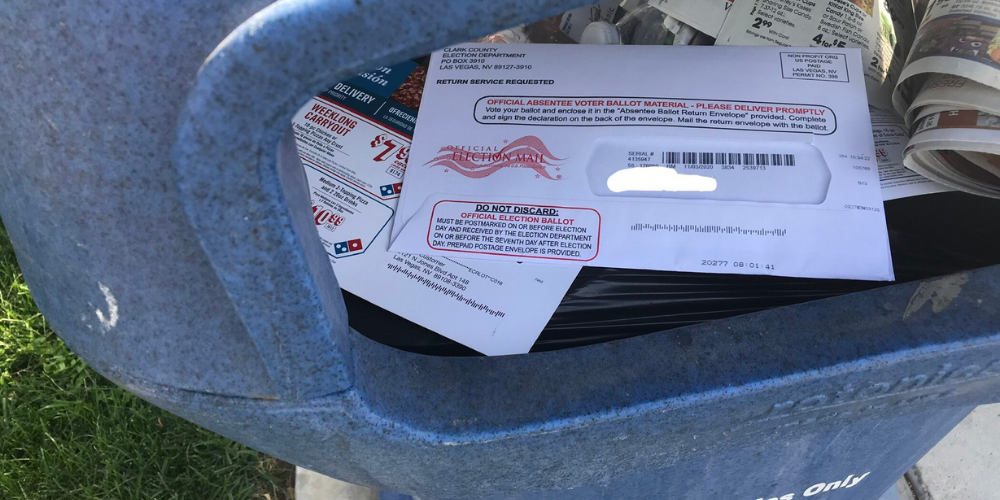 A Nevada whistleblower has alleged that Clark County, Nevada election officials counted mail-in ballots despite concerns about signature validity. Clark County had previously raised red flags in the eyes of state Republicans, who pointed out ways its signature verification process (or lack there of) could be weaponized.

The whistleblower issued an affidavit that has been sent to the Department of Justice,  claiming that the individual had left his or her position as a ballot counter "due to concerns about how the votes were being counting [sic]."

The whistleblower had been working for the Clark County elections office as a a counting board member since October.

"I personally witnessed disregard of signature verification as well as other irregularities,” the whistleblower said in the affidavit, obtained in redacted form by The Washington Examiner.

“While working, I observed a significant number of signatures on mail-in ballots I believe did not match the name and should have been reviewed. When I asked the supervisors, [redacted] and others, about it, instead of taking the ballots to verify the signature in the electronic database, the supervisor told me to push the envelope through without verification.”

The whistleblower noted a specific instance in which he or she was allegedly told to "push the ballot through" even though the envolope included a note from the voter that he or she no longer lived at the address on the ballot.
“This ballot should have been listed as a rejected ballot, but the supervisor instructed me to push the ballot through,” the affidavit said.

"This is called 'evidence,'" said Townhall columnist Kurt Schlichter of the affidavit.

"So, when Democrats, the media, or other people attempting to lie to you and tell you there is no evidence, you now see that there is," he added. "The question is not if there is evidence. That has been answered in the affirmative."

A Nov. 6 twitter thread from the Nevada GOP compiled images of ballots strewn about Clark County, in trash bins and on the sidewalk. It also alleged particularly sloppy handling of mail-in ballots in Clark County that would have allowed the orphan ballots to be taken advantage of.

"As Clark County prepared to conduct the election, they chose to use a machine to verify signatures & used an irresponsibly low standard, which was lower than the manufacturer's recommended setting, to verify," Nevada GOP explained. "Then they mailed ballots to all Clark voters on their unclean rolls."