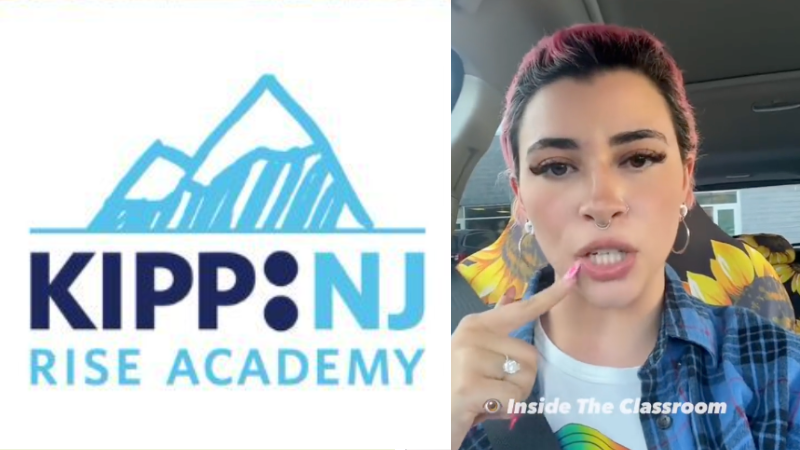 A middle school teacher recently posted a video online explaining how she told her students that some babies are born nonbinary.


When the student replied that he didn’t agree with that, but instead believed that babies were born either boys or girls, the teacher explained, or attempted to explain, the difference between sex and gender, before going on to suggest some babies are “assigned non-binary” at birth.

“Gender is the ideas formed from society and culture … So then I asked him what happens when a child is born and they’re assigned non-binary?”

Perhaps unsurprisingly, the student had nothing to say to this, so the teacher said she continued to instruct the student.

“Now, is it common? No. But there are kids that are assigned no gender or no strict box of a gender when they are born,” she went on, seemingly unaware that no child is “assigned a gender” at birth but are rather born male or female.

According to their website, the KIPP Rise Academy charter school serves students in grades 5 - 8 and “makes learning fun.” The academy boasts that “Rise teachers are given a large amount of freedom to figure out what works best for their kids and use those methods in their classrooms. These creative teachers deliver effective, outside-the-box tactics that students love.”

“We cannot sit here and say that there are only two genders in this country because that’s what the model has been,” continued the activist educator, before placing the blame on European colonization for such rigid beliefs about gender.

As could be expected, the teacher said the student was confused by all this, but that she was hopeful that when they “revisit this conversation during the gender lesson, he’ll rethink his statement.”

The KIPP Academy has a commitment to “social justice” and says engaging “in productive conversations about race, identity, stereotypes, and microaggressions is something that our teachers and families do year-round. We must confront our own biases and lead by example everywhere in our organization. It is our mission and responsibility to build a more just world for our students and prepare them to do the same.”