"I think they’re getting a lot of pressure to make things look normal when we aren’t being given the tools and staffing we need to be normal for the students." 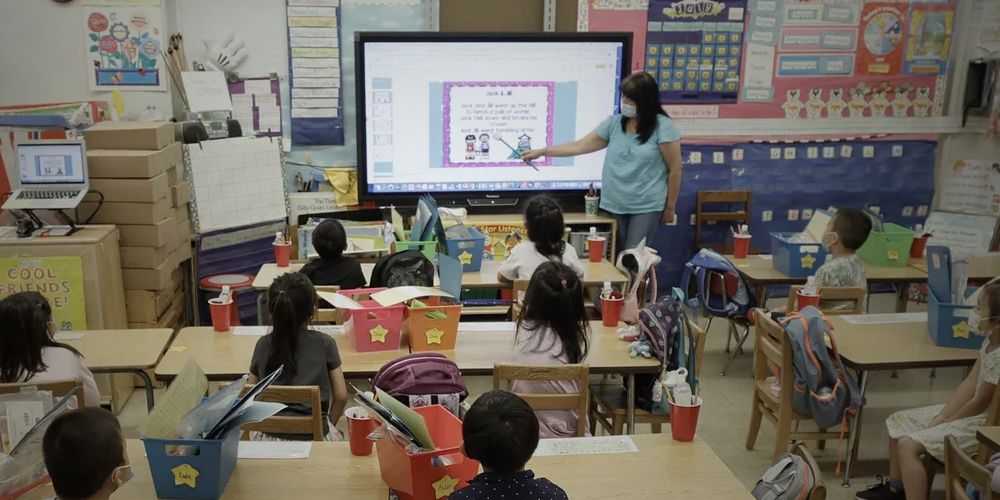 The New York City public school system had 1.1 million students prior to the pandemic, and is the largest school system in the United States. Over the course of the past year and a half, many students have left the city, while many others have gone to charter or private schools.

The NYC DOE has not released enrollment numbers as yet, and speculation is that much of the reason for that is that they do not want to see the decrease in funding that comes with lower enrollment, as funding is tied to students. Now it turns out that they have effectively "lost" 150,000 or more kids. The kids aren't in school, and the DOE doesn't know where they are.

The New York Post published a report about a recent internal memo from the DOE to public schools across their jurisdiction — "150,000 or more" kids need to be accounted for.

Whether it’s one day or not showing up at all, the DOE wants educators reaching out to student families to find out why.

"Outreach to families may include phone calls, text messages, postcards, and where possible, home visits," the memo outlines.

If schools have more than 20 percent of their student body not showing up, they can expect employees from the Department of Education to physically show up on a weekly basis to find out why.

DOE deputy chancellor for school climate and wellness LaShawn Robinson responded by calling it "unofficially, far from accurate" without being able to give a tally for themselves. It wasn't just Robinson. Multiple officials were incapable of doing so.

Michael Mulgrew of the United Federation of Teachers estimates the number of missing kids to be around 180,000. He didn't hold back his thoughts: "They have an attendance figure for every day. They know how many kids didn’t show up. They are hiding this."

A New York City teacher is cited as saying that "No one wants a visit from central when we’re understaffed" as a result of COVID vaccine mandates. It was at the beginning of October that the DOE began enforcing that for New York City, and it resulted in a shortage of nearly 3,700 substitute teachers.

The New York City Department of Education's motivation silence is speculated by some to be because school attendance numbers are tied to how much funding is given to the DOE.

The reason students would "fall off the grid" and not show up to school is because of the pandemic. There's a population of kids that didn't have the luxury of learning from home in 2020, for instance. When it comes to the 2021-2022 school year, disputes over social distancing policies and the impact that’d have on attendance were intensely debated.

But also politically-motivated decisions like Mayor de Blasio’s recent move to curtail the "gifted and talented" programs, has an impact.

The massive decline in enrollment was a subject of concern at the beginning of the year. For Autumn 2020 it’s reported the amount of total school kids was at 955,490, and that in itself represented a loss of over 45,000 in comparison to 2019, which was over a million.

A reported drop of enrollment to 890,000 by May 2021, as spotted in Department of Education records reviewed by New York Post, means parents had seen a lack of stability in the public school system and pulled their children away from that.

In addition, the education system has to deal with a divide between remote and in-person learning, now.

DOE spokesperson Nathaniel Styer vowed the department will report numbers soon. "We’ll be providing preliminary enrollment data after rolls close at the end of the month. "We’ve never done that before, but we are committing to getting it done."