'Nonbinary' runners get their own division in Chicago Marathon

While men's and women's categories have additional heats, such as "elite," with monetary prizes for the top runners, the non-binary category lacks those bells and whistles, leaving some nonbinary runners feeling left out of the running. 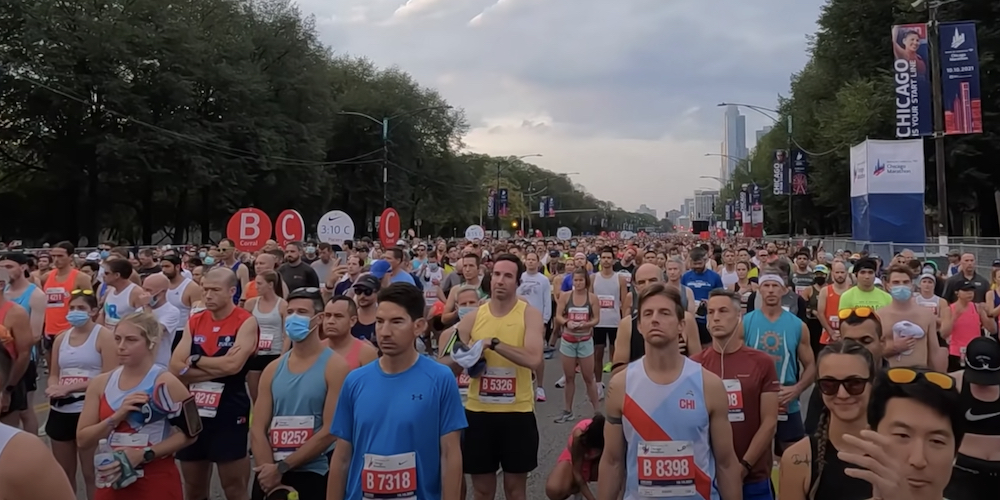 Jarryd Jaeger Vancouver, BC
Oct 5, 2022 minute read
ADVERTISEMENT
ADVERTISEMENT
Earlier this year, the Bank of America Chicago Marathon quietly introduced a new race division for runners who do not identify as men or women. However, while men's and women's categories have additional heats, such as "elite," with monetary prizes for the top runners, the non-binary category lacks those bells and whistles, leaving some non-binary runners feeling left out of the running.

The marathon, which takes place October 9, has drawn an estimated 40,000 participants, less than 100 of whom are registered in the new "nonbinary" division.

According to the Chicago Sun-Times, while nonbinary runners now have the chance to participate in a division that accommodates their gender identity, not all of them are happy.

In the men’s and women’s races, runners have the ability to register in a number of divisions, including “elite,” for those who wish to compete at a professional level.

Additionally, in the men's and women's races there is a finish line ribbon and monetary prizes for the top runners.

The nonbinary run has none of the above, leading some to suggest that the marathon’s inclusion of such a division was simply “performative.”

As the Sun-Times notes, however, much of it has to do with the governing bodies which oversee marathon races and the fact that they have not made arrangements for the nonbinary divisions.

Jake Fedorowski, a nonbinary athlete who started a database to track races that have introduced divisions aimed at gender-nonconformists, was hired by the Chicago Marathon as a consultant, and developed a guide to help it, and other races, better accommodate all runners.

In it, Fedorowski urged race organizers to "normalize the use of pronouns," use "gender neutral language," and ensure that the event is a "safe space" for all.

Fedorowski also suggested that the male and female categories of "race swag" be done away with, and urged organizers to market the nonbinary division to as wide an audience as possible.

"While we’re excited to introduce the nonbinary division, we recognize the opportunity for continued dialogue, learning and progress with our event," she said. "Discussions are ongoing with non-binary participants and leaders within our sport to work together towards our goal of creating more inclusive event experiences."

The Chicago Marathon is the second major marathon in the United States to offer a nonbinary division, behind New York, with Boston planning on introducing one in 2023.
ADVERTISEMENT
ADVERTISEMENT
Chicago_Marathon