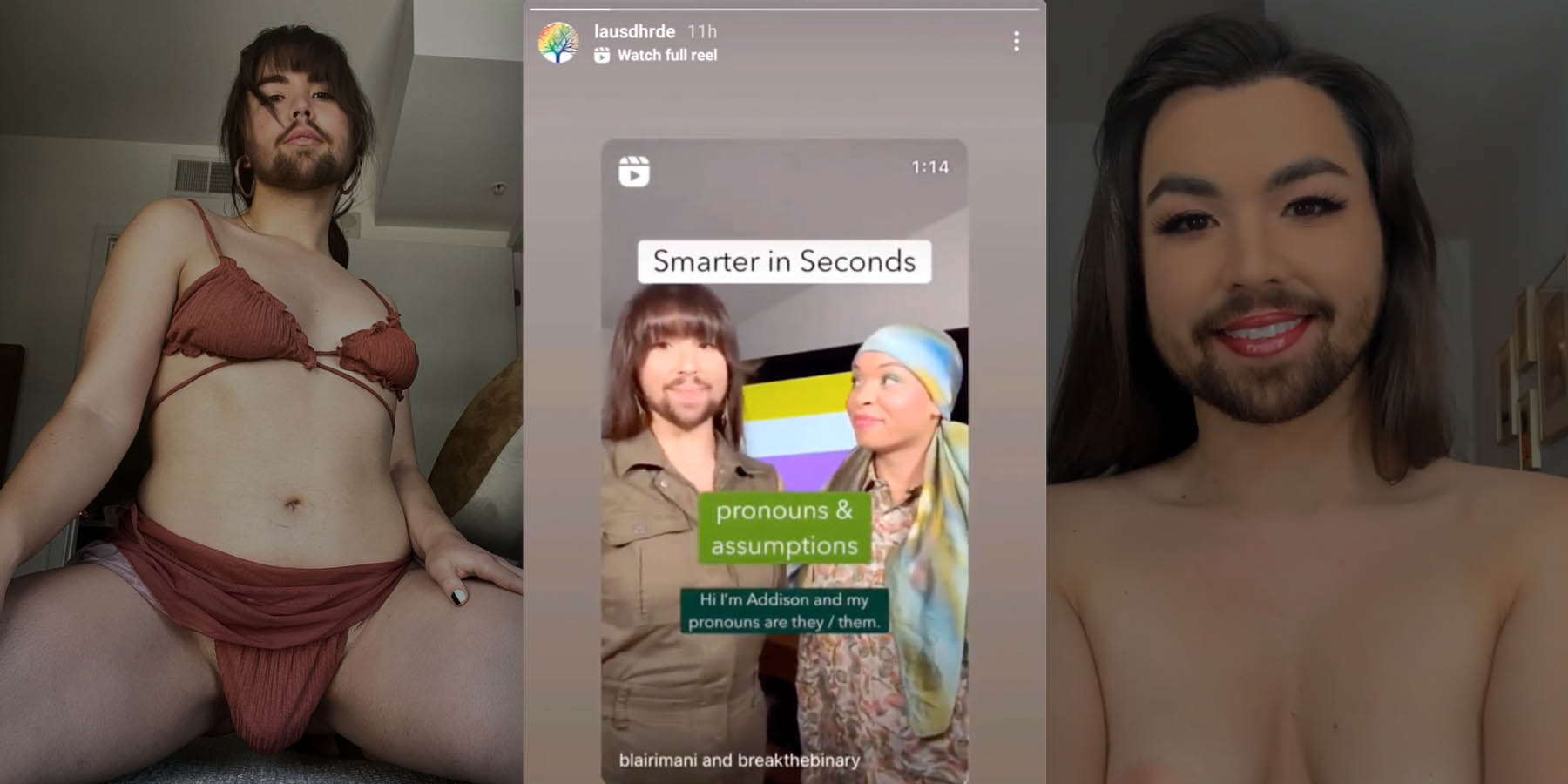 Los Angeles Unified School District shared a video to their Instagram story on Saturday to explain to people how to use "preferred pronouns," featuring trans activist Addison Vincent, and linking to Vincent’s personal page. That page is filled filled with numerous soft core pornographic images of Vincent, who prefers they/them pronouns.

The video shows Vincent along with Blair Imani, who shares on her profile that she is bisexual and Muslim. The two walk through their belief that it's necessary to ask people what their preferred pronouns are. The two introduce themselves, with Vincent stating pronouns, and Imani playacting by claiming "cisgender confusion," by saying that people should just be able to tell what her pronouns are.

Vincent then quotes Alok Vaid-Menon, a trans activist who has stated that little girls are "kinky" and helped Demi Lovato come out as non-binary (before she recently went back to female pronouns), saying "gender is not what we look like to other people, it's what we know ourselves to be."

"Gender is an array of mental and behavioral characteristics," Imani said next, "that relate to, differentiate from and go beyond understandings of neutrality, femininity, and masculinity."

Imani furthers this, by saying "you don't actually need to know someone's gender identity—so make a habit of recognizing that your curiosity doesn't entitle you to personal information."

Kelly Ske, who researches public school materials, shared a video to her Twitter documenting the Instagram story and the graphic images they link to.

"Los Angeles Unified School District's Human Relations, Diversity & Equity instagram account recently shared this 'Smarter in Seconds' pronouns video to their 'story' which linked to these instagram accounts. This is where tax dollars & public schools are at," she wrote.

Vincent is perhaps best known for appearing on the Dr. Phil show where Vincent got into a heated debate with Matt Walsh of the Daily Wire over the fundamentals of gender identity and what it means to be a woman.

Blair Imani, who collaborated on the video with Vincent, is creator of "Smarter in Seconds," a video series that teaches people her beliefs about the world, viewed through a social justice lens. The video is meant to instruct others on pronouns, that seem to suggest that one’s sex has nothing to do with biology, and is instead all about how one feels.

Vincent, who goes by the instagram handle @breakthebinary poses for soft core pornography when not educating people about preferred pronouns. On Vincent's personal page, there are dozens of photos and videos of Vincent wearing skimpy outfits that reveal the outline of Vincent's male genitalia and posing nude, strategically angling the camera to adhere to Instagram's nudity guidelines.

The video was shared by the Instagram page dedicated to LAUSD's Human Relations, Diverity & Equity department, which is chock full of announcements on on how to "affirm" students that claim to have alternate gender identities.

The Los Angeles school district has recently come under fire for their adoption of radical gender theory into their curriculum and school policy.  Last month, Christopher Rufo revealed leaked documents from the LAUSD, outlining their new policies and programs incorporating gender ideology into classrooms year-round.

LA Unified adopted a policy in 2019 that requires teachers to use students’ desired name and pronouns that may not correspond to their sex, with the option to keep their new "gender identity" hidden from parents. This allows public schools to secretly socially transition a child from one gender to another.