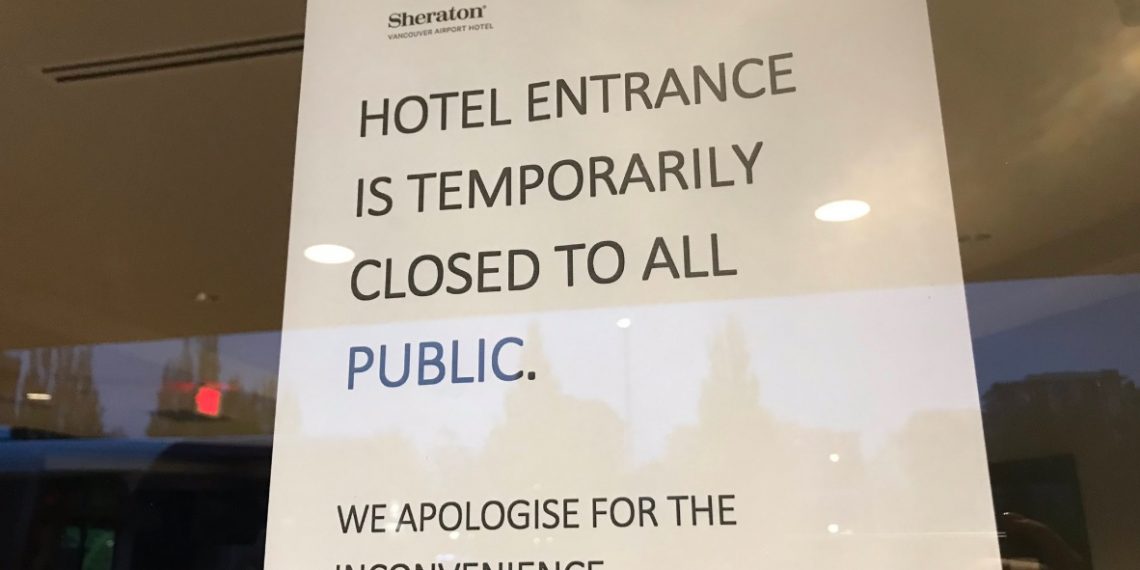 The two Vancouver-area hotels were hotbeds for sickness, though confirmation as to whether or not it is in fact a norovirus won’t come until test results are back next week.

Steve Veinot, general manager of the Sheraton at the airport, says it is sanitizing all hard surfaces, kitchens, public spaces and guest rooms. Venoit is also saying that the hotels will not be re-opened until they’re sure that the hotels are safe, and the health authority gives them the green light.

He says the hotel will not open until they are confident it is safe and the health authority gives them the go ahead.

Vancouver Coastal Health says noroviruses are a group of viruses that cause severe gastroenteritis, commonly referred to as the stomach flu. Norovirus, sometimes referred to as the winter vomiting bug, is the most common cause of gastroenteritis. According to the CDC, there are a suspected 686 million cases of norovirus a year, with an estimated 200,000 deaths resulting from those cases.