The mastermind behind the largest Ponzi scheme in history, Bernie Madoff, died in prison on Wednesday at 82. 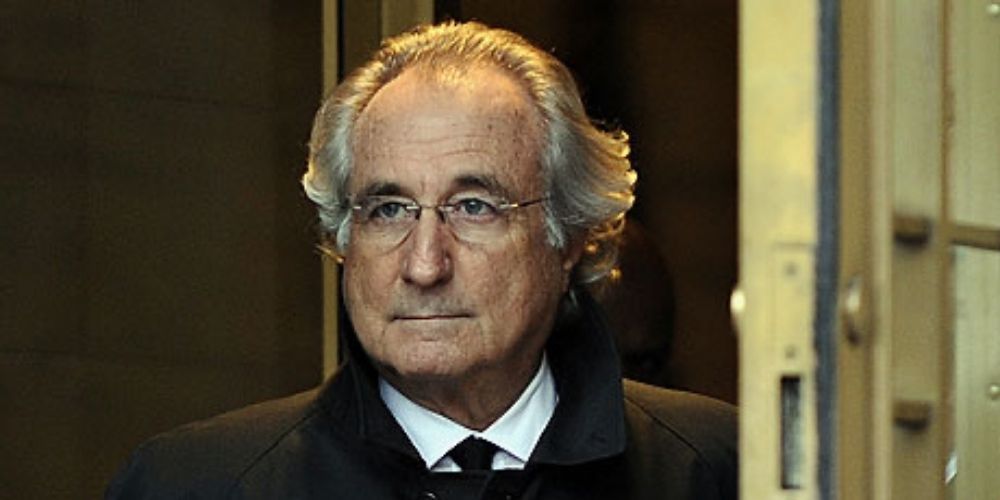 The mastermind behind the largest Ponzi scheme in history, Bernie Madoff, died in prison on Wednesday at 82, NBC reports.

Madoff died at the Federal Medical Center in Bunter, North Carolina, and his passing was confirmed by the Federal Bureau of Prisons on Wednesday. The cause of death has yet to be specified by a medical examiner.

Madoff was on his 12th year of a 150-year prison sentence for eleven felony charges including "securities fraud, investment adviser fraud, mail fraud, wire fraud, three counts of money laundering, false statements, perjury, false filings with the United States Securities and Exchange Commission ("SEC"), and theft from an employee benefit plan," according to the United States Department of Justice.

Madoff reportedly swindled investors like Stephen Spielberg, Kevin Bacon, New York Mets owners Fred Wilson and Saul Katz as well as many small-time investors out of an estimated $65 billion in promised returns on $20 billion invested taking everything from many of the everyday people who invested, according to NBC News.

Former US attorney for the Southern District of New York Matthew L. Schwartz, who had led the investigation into Bernard L. Madoff Investment Securities said that the scheme had "completely devastated" many of those who had invested.

"Because of how long this lasted, it was completely devastating to so many victims. There were so many people who effectively treated him like a bank and kept their entire life savings with him, so when it was all revealed to be a sham, people were not able to live their lives anymore. They couldn't pay tuition. They couldn't pay their mortgages," said Schwartz

"There were so many heartbreaking stories of people who thought they had material savings, who had thought they put everything into their nest egg and that they would be able to retire, and instead they ended up effectively homeless," he added.

Madoff, a former NASDAQ chairman and pioneering figure of the stock market, used money from new investors to pay off the old investors, as well as himself. Everything came crashing down in the 2008 recession, when investors reportedly requested $7 billion in returns, of which Madoff had a small fraction.

Madoff was subsequently turned into federal authorities by his sons and arrested in 2008 for securities fraud.

Statements for his company Bernard L. Madoff Investments Securities' showed the accounts should have $65 billion in them at the time of his arrest, but was far short of that.

Diana Henriques, author of a book about the scheme "Wizard of Lies" said that Madoff's record of dishonesty started in 19262, rather than the late 80s/early 90's that Madoff previously stated. She pointed to an event just 2 years after opening his company, in which he had placed investments in risky stocks, and investor's money was instantly gone. He then borrowed money from his father-in-law, and reportedly bought the stocks from the investors accounts to make himself look like he saved their money.

"Confronted with the necessity of admitting failure, he lied, and he covered up. I don't think this was an otherwise honest, straight guy who succumbed to pressures and went over to the dark side. I think this was a genuine Dr. Jekyll/Mr. Hyde story where Mr. Hyde was living in the dark side of Bernie's life since the very beginning," said Henriques.

"He has a compulsion to look like a success, and to the extent he needs to lie to do that, he's perfectly fine to do that," Henriques added. "The lies are a tool to an end, and that end is to be seen as a brilliant investor, a brilliant Wall Street figure."

The lawyer for Madoff had filed for an early release of Madoff last year, stating that he had kidney disease and was terminally ill.