Principal Shanna Douglas wrote in the email that children in grades seven and eight will opt into one of five "affinity groups." Asians, whites and multi-racial students will be in their own categories. African-American and Hispanic students will be combined into one group. 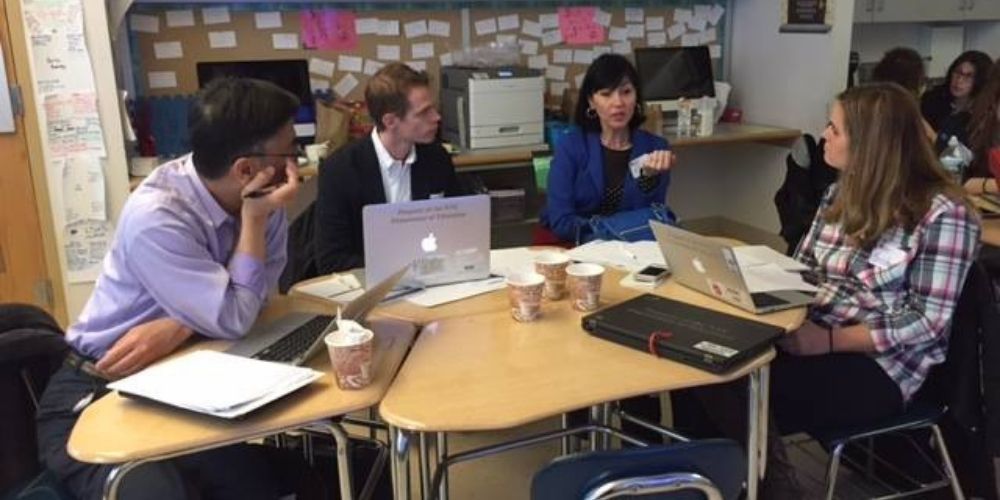 A New York City junior high is planning on separating students by race in order to discuss social justice topics next week, according to The New York Post.

According to an email sent to parents obtained by the outlet, the Lower Manhattan Community Middle School will conduct the activity in order to "…undo the legacy of racism and oppression in this country that impacts our school community."

Principal Shanna Douglas wrote in the email that children in grades seven and eight will opt into one of five "affinity groups." Asians, whites and multi-racial students will be in their own categories. African-American and Hispanic students will be combined into one group.

Douglas added that said she is emphasizing race this school year because "...students are talking about it since race has become a popular topic on social media, or parents are talking even more about it at home due to the recent incidents across the nation."

She claimed that the school had failed to adequately address race issues before in the institution that is 44 percent Asian, 29 percent white, 15 percent Hispanic, and 8 percent black.

An additional group will be offered for those uncomfortable with the format of the program. Nathaniel Styer, spokesperson for the Department of Education said that it is "...abundantly clear to both students and parents that anyone can opt-out of this two day celebration if they desire."

The opening question for discussion will be "Why are we even talking about racial identity?"

Parents told the outlet that they are concerned that the program will be more divisive for students that that the politically charged program is being prioritized over traditional academics.