NYPD 'will not be enforcing' Cuomo's anti-Thanksgiving orders

"While we would like everyone to be mindful that we are in the midst of a second wave, we will not be enforcing the Governor's order," a source with the NYPD told The Post Millennial. 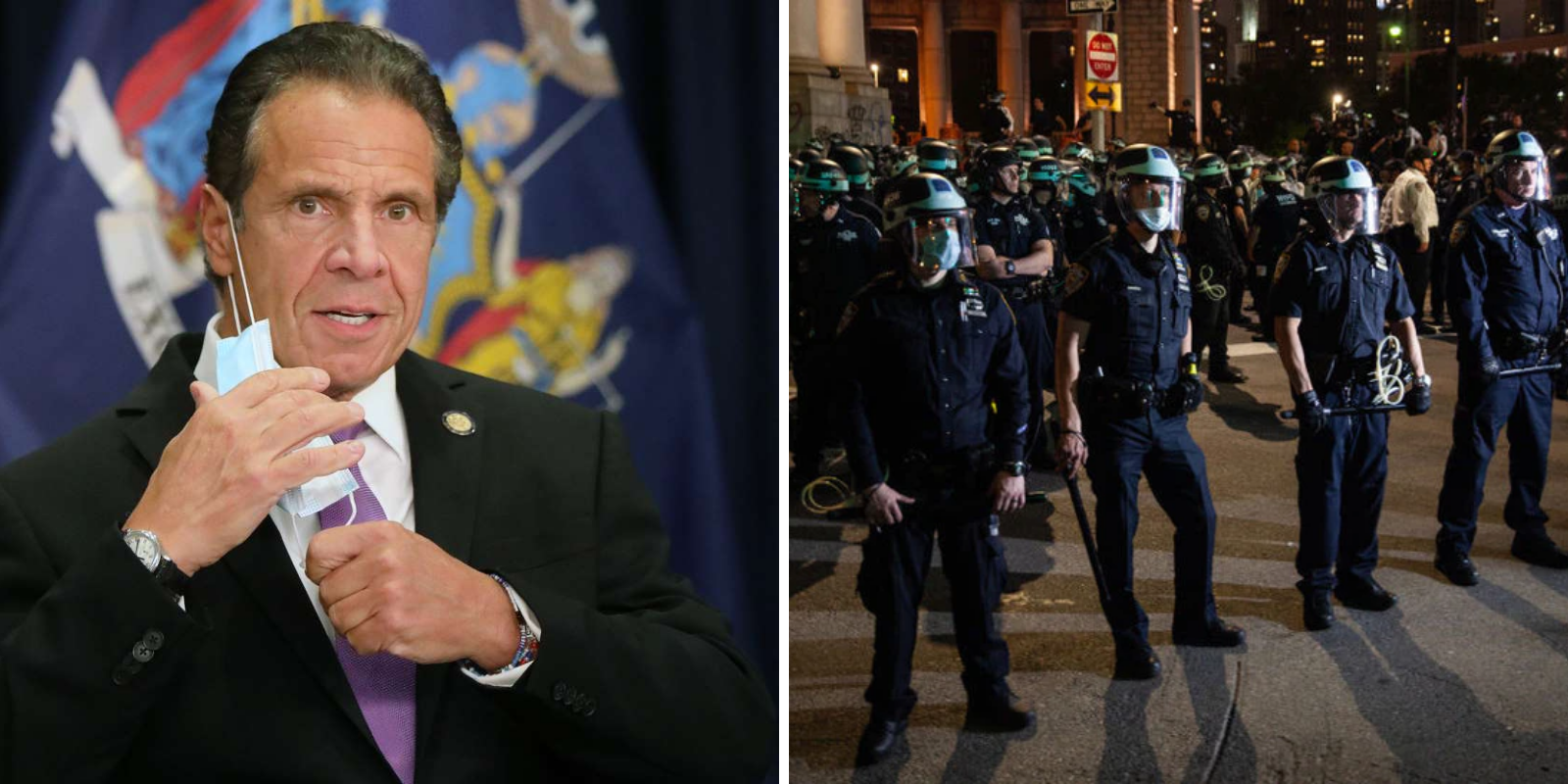 New York Governor Andrew Cuomo has issued his edict that New Yorkers must not have more than 10 people as guests in their homes, and that our holiday celebrations must be curbed. But who does he think is really going to enforce it? Not the NYPD, that's for sure.

"While we would like everyone to be mindful that we are in the midst of a second wave, we will not be enforcing the Governor's order," a source with the NYPD told The Post Millennial.

This means that while the governor can issue all the directives he wants as to how private citizens should live their lives or celebrate holidays within their own homes, those orders have absolutely no teeth.

Earlier in the pandemic, NYPD endeavoured to enforce social distancing regulations issued by the governor's and mayor's offices. That didn't really go so great. Forty people were arrested for being in too close physical proximity to others.

One officer tried to break up stoop cook out in East New York, and punched a man in the face. In the same area, another New Yorker was rendered unconscious as officers tried to keep him six feet a part from anyone else.

People were arrested at vigils, funerals. The NYPD was called out as being racist because they were breaking up gatherings in predominantly minority communities, even though these were the communities that were hit hardest by the virus. The whole thing had the twinge of "stop and frisk" policing, where those who were most at risk were therefore the ones most policed.

The NYPD broke up an outdoor Jewish funeral under order from the Mayor, who also for reasons that are unintelligible to most New Yorkers, not allowed allowed massive outdoor protests to proceed. De Blasio's family participated in the protests, and he declared that contact tracers were not to ask people if they had attended protests.

Sheriff Timothy Howard from upstate's Erie, NY, has said that there's no way he would deploy his officers to shut down Thanksgiving dinners for lack of compliance with Cuomo's orders.

"I have no plans to utilize my office's resources or deputies to break up the great tradition of Thanksgiving dinner," Sheriff Howard said.

New York City Councilman Joe Borelli said he would not be cancelling his family Thanksgiving plans, either.