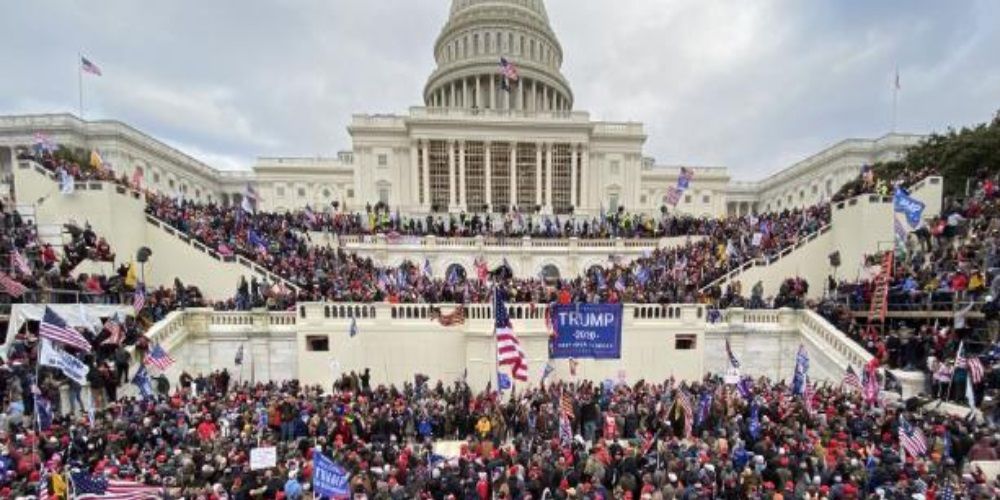 The New York Times issued a correction on Sunday after it was revealed that the Capitol police officer who they reported had been killed by supporters of former President Donald Trump after being bludgeoned with a fire extinguisher actually died of a different cause.

"UPDATE: New information has emerged regarding the death of the Capitol Police officer Brian Sicknick that questions the initial cause of his death provided by officials close to the Capitol Police," the Times wrote.

"Law enforcement officials initially said Mr. Sicknick was struck with a fire extinguisher, but weeks later, police sources and investigators were at odds over whether he was hit," the story now reads. "Medical experts have said he did not die of blunt force trauma, according to one law enforcement official."

The article had initially stated that Sicknick died "from brain injuries he sustained after Trump loyalists who overtook the complex struck him in the dead with a fire extinguisher."

The paper used anonymous sources to substantiate their claim.

The article was later cited by a variety of mainstream media outlets without questioning the reporting of the paper. His death was even brought up by Democrats during Trump's impeachment trial in the Senate.

Investigators have found no evidence of trauma sustained by blows to the head, and nobody has been arrested in connection to Sicknick's alleged murder.

In fact, Sicknick had returned to his job after the Capitol riot, and texted his brother that aside from being pepper sprayed twice, he was otherwise "in good shape."

According to Capitol police, Sicknick later had a stroke. It is now being investigated whether he inhaled bear spray, and whether that may have contributed to his sudden death.