BREAKING: NYT reporter says there were 'a ton of FBI informants' at Capitol on Jan 6, suggests colleagues exaggerated danger 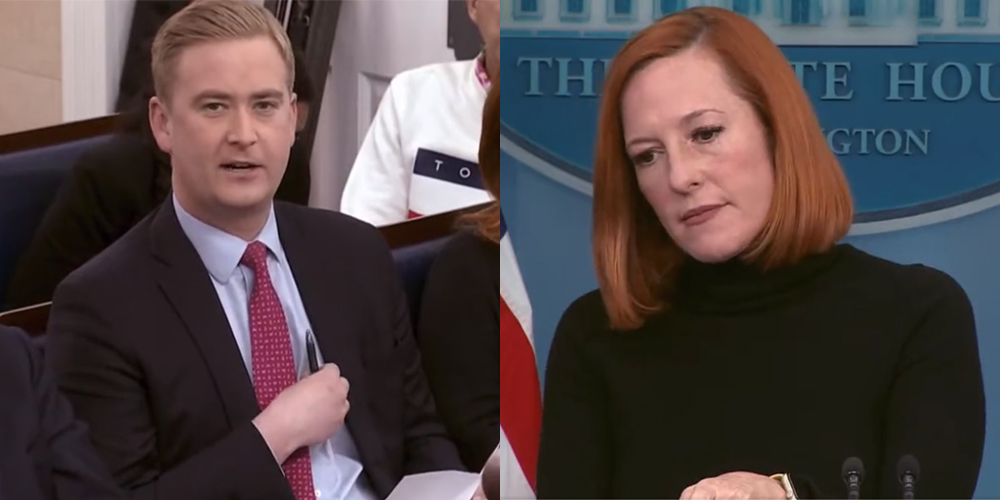 James O'Keefe and Project Veritas published a video of Matthew Rosenberg, national security correspondent for The New York Times, privately ranting about how, in his opinion, the establishment media's continuous coverage describing the Jan. 6 Capitol riot is overblown in its reliance on fear and trauma.

In private, Rosenberg says he's "so over" the continued establishment narrative that drums up the severity of Jan. 6.  "It's like Jan. 6 stuff, but it's like I'm so over it at this point. I'm so over it," he told an undercover Project Veritas reporter.

Rosenberg belittled how the left had overreacted to it, remarking how he and two other colleagues "were outside and we were just having fun" that day. "Dude, come on, like, you [NYT staff] were not in any danger [at Jan 6]," he lamented.

Rosenberg criticized the traumatized demeanor that his colleagues at The New York Times give off when talking about it publicly. "But like all these colleagues who were in the [Capitol] building, and they're young and are like, 'Oh my God it was so scary,' I'm like, 'F*ck off.'"

He continued: "From them [young NYT colleagues], I'm like come on. It's [NYT] not the kind place I can tell somebody to man up, but I kind of want to be like, 'Dude, come on, you were not in any danger.'"

But in particular, Rosenberg calls out Emily Cochrane and Nicholas Fandos for pushing the trauma angle of Jan. 6, 2021, experiences: "F*kin' bitches."

"These f*cking little dweebs who keep going on about their trauma. Shut the f*** up," Rosenberg says.

Then at one point the conversation between the undercover Project Veritas reporter and Rosenberg devolves into what it's like pitching Jan. 6 pieces and how they're seemingly obligated to keep up a narrative given the polarization between left-wing and right-wing politics in America.

"He's [NYT managing editor] like 'Can we do like part two of that like, what’s going on a year since January 6th, kind of like memory-holing it.' Like maybe 'it's no big deal.' Yeah. We can do that. It's a little quick turnaround. So, that's what we've been doing the last few days. That's the story—but instead of meeting, I’m like, you know, one of the issues here is that like the Fox News of the world, and other elsewheres that the left’s overreaction. The left's reaction to it, in some places, was so over the top that it gave the opening the right needed to start introducing the idea of, 'Whoa, these people are out of control. Like it's not as big a deal as they're making it.' Cause they [left] were making too big a deal. They were making this [Jan 6] some organized thing that it wasn't. And that gave the opening for the lunatics in the right to be like, 'Oh, well, nothing happened here. It was just a peaceful bunch of tourists,' you know, and it's like, but nobody wants [to] hear that."

Rosenberg would later contradict his private beliefs by helping publish "The Next Big Lies: Jan. 6 Was No Big Deal, or a Left-Wing Plot" in The New York Times around the same time of the recording.

The conversation then turned to other topics:

"There were a ton of FBI informants among the people who attacked the Capitol," Rosenberg said in referring to how The New York Times broke the story.

It’s far from the first time that Project Veritas has crossed paths with The New York Times. Late last year a judge had to intervene in a situation where the outlet had discussed legal memos they obtained from the lawyer representing the Project Veritas group. For a time, they barred the paper from further sharing such private information.

It came around the same time as Biden's Department of Justice raided O'Keefe's home amid an investigation surrounding how right-wing media circles obtained Ashley Biden’s private diary in the weeks leading up to the 2020 election.

In a Rumble livestream unveiling part one's findings, O'Keefe said he has a part two to #UnmaskNYT that further goes into the inner workings of the outlet.