"The New York Times shall immediately sequester, protect, and refrain from further disseminating or publishing any of Plaintiff Project Veritas' privileged materials…" 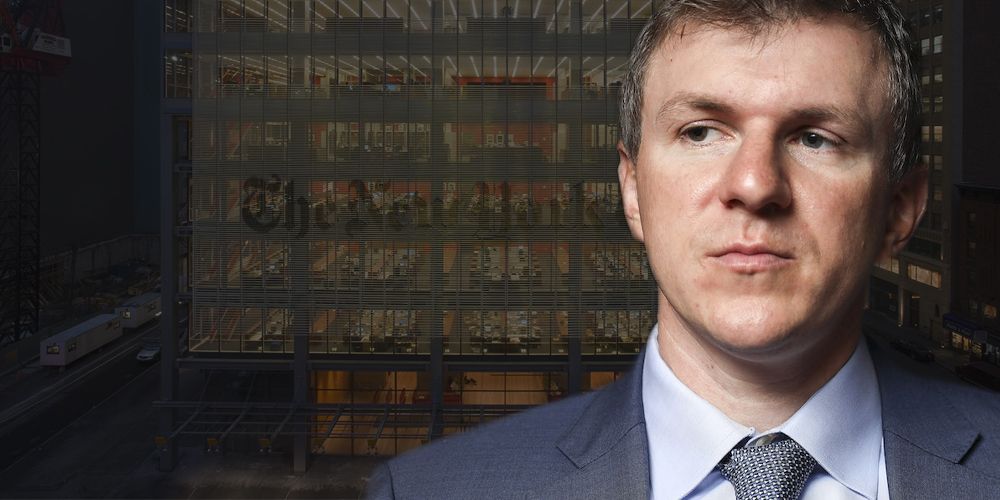 A New York court judge, Justice Charles Wood, has temporarily barred The New York Times from publishing materials from a lawyer for investigative outlet Project Veritas. This comes as the media giant is attempting to report on Project Veritas, while being caught in another Project Veritas lawsuit themselves.

The New York Times on Thursday reported on themselves in the ongoing legal battle between Project Veritas and the establishment media outlet. A New York judge has placed a temporary restraining order on The New York Times, forbidding them from "publishing or seeking out" documents in connection with Project Veritas founder James O'Keefe's investigative group.

(The court order can be read here.)

The scandal in the situation at the moment is that The New York Times seemingly has had advance notice of the DOJ's actions and the outlet leaked "private legal communications." The Nov. 11 article from The New York Times reports on memos authored by the lawyer for Project Veritas from years past, that outline the efforts the group took to guarantee they were abiding by the law.

Project Veritas is the subject of a legal battle against Biden's Department of Justice over claims of involvement in the theft of a diary that belonged to President Joe Biden's daughter, Ashley Biden. In the initial video released by O'Keefe, he explained that Project Veritas chose not to run with the story and went to lengths to return Ashley's diary to both her lawyers and the authorities.

A day after publishing that video, the US government raided O'Keefe's home and acquired his phone. As for the diary, Veritas stated their belief it was legally obtained in contrast to federal officials saying it was stolen property.

The ongoing libel lawsuit between The New York Times and Project Veritas pertains to how Maggie Astor and Tiffany Hsu reported on a Minnesota "ballot harvesting" story. The framing by the outlet used the term "deceptive" to describe the Veritas group's practices of undercover work.

The commonality that both The New York Times and Project Veritas have is the issue of freedom of press. In a statement about the recent court order against the Times, O'Keefe said the scope didn't excessively infringe the outlet's rights.

"This ruling is unconstitutional and sets a dangerous precedent," executive editor Dean Baquet told the Guardian.

When it comes to the federal battle, the DOJ is arguing that the label of journalism doesn't apply to what Project Veritas does. But the Washington Post is openly asking if the Biden administration and FBI went too far. More will be decided on the court order in a hearing scheduled for Tuesday of next week.