Officer who shot Rayshard Brooks reinstated because of due process violations

The Atlanta police officer who shot Rayshard Brooks got his job back after the Civil Service Board found he was not given the required 10-day notice of his termination. 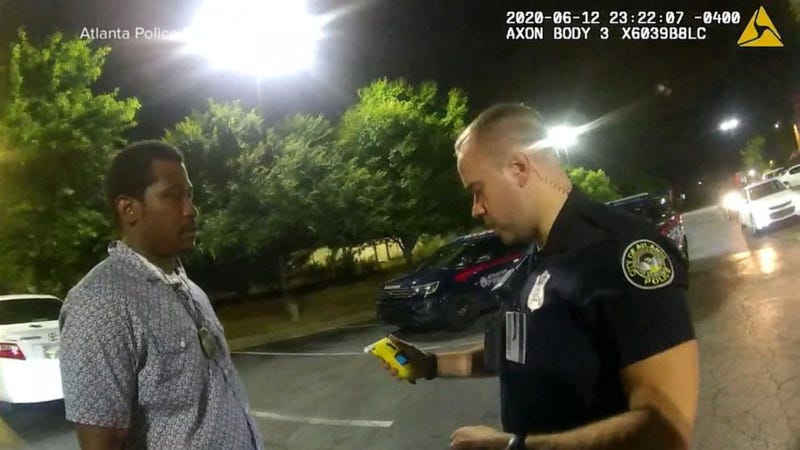 The Atlanta police officer who shot Rayshard Brooks got his job back after the Civil Service Board found he was not given the required 10-day notice of his termination.

Garrett Rolfe has been reinstated as an Atlantic police officer by the city's Civil Service Board after he successfully appealed his termination to the oversight board. The board found that Rolfe was not given the required notice as outlined in the city's Code. Rolfe and his union were notified of the termination June 13 and it was effective June 14.

The Board found that "due to the City's failure to comply with several provisions of the Code and the information received during witnesses' testimony [Rolfe] was not afforded his right to due process." It said the city's actions "were not compliant with the ten days prior notice period as required by the Code."

Rolfe's lawyer Lance LoRusso told the Atlanta Journal Constitution that Rolfe will "essentially be on administrative leave pending the outcome of the charges." LoRusso added, "We are very pleased at this action and consider it the first step in the total vindication of Officer Garrett Rolfe,"

The family of Brooks held a press conference where they lambasted the city for its negligence, "It is disappointing to the family but what is more important is the questions we have now. We all heard the mayor and the former chief of police come before the world and announce they were firing the officers and justice will come," said family attorney L. Chris Stewart, "we find it mind-boggling our elected officials and former chief weren’t aware of the proper procedure to fire an officer."

Stewart urged the city to attempt to terminate Rolfe again "because that’s what should have happened in the first place." It is unclear what steps the city can take with Rolfe with the Board's decision and what role Rolfe will return to with the police force. Rolfe is also facing judicial proceedings and is charged with felony murder.