"I'm thankful for language in this bill that protects children from the practice of mutilation through gender reassignment medical treatment," Rep. Kevin West said 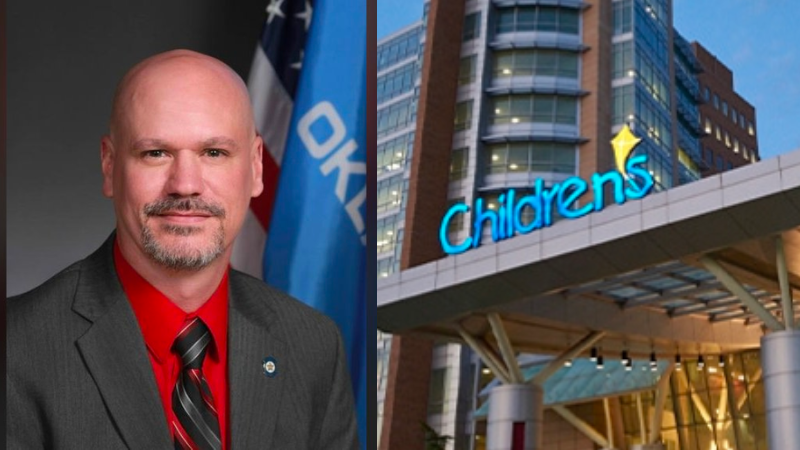 However, that is all about to change.

"The OU Health Senior Leadership team is proactively planning the ceasing of certain gender medicine services across our facilities and that plan is already under development," OU Health said in the statement to the Daily Caller.

This announcement comes after the approval of Oklahoma bill HB1007, which would restrict the hospital’s ability to provide "gender reassignment medical treatment" on children under 18 years of age.

It was announced that OU Children’s Hospital could receive $39.4 million in funding to improve its long-term inpatient capacity for children in mental health crisis, but that "HB1007 limits the University Hospital Authority Trust, which oversees OU Children's Hospital, from receiving the funds if 'gender reassignment medical treatment' services are being performed within its medical system," said a statement by the Oklahoma House of Representatives.

"I’m thankful for language in this bill that protects children from the practice of mutilation through gender reassignment medical treatment," West said in the House of Representatives statement. "This unbelievably harmful practice cannot be reversed, and has lasting physical and psychological consequences that can damage these children for the rest of their lives."

"The Second Extraordinary Session of the 58th Oklahoma Legislature was called for the purpose of considering American Rescue Plan Act (ARPA) and other funding advanced by the Joint Committee on Pandemic Relief Funding," the statement explains.

West said that the limited scope of the special session will not allow for legislation to prohibit the performance of "gender reassignment medical treatment" statewide, but he expects legislation to be filed quickly when legislators return for the beginning of the 59th Legislature in January 2023.

“Passing this legislation now will provide protections for children, and we can further expand those protections when we come back in the spring," said West. "The radical Left may be making a national push to try and allow the mutilation of our children to become mainstream, but here in Oklahoma, we have to stand up for our kids and say enough is enough.”
ADVERTISEMENT
ADVERTISEMENT
west childrens