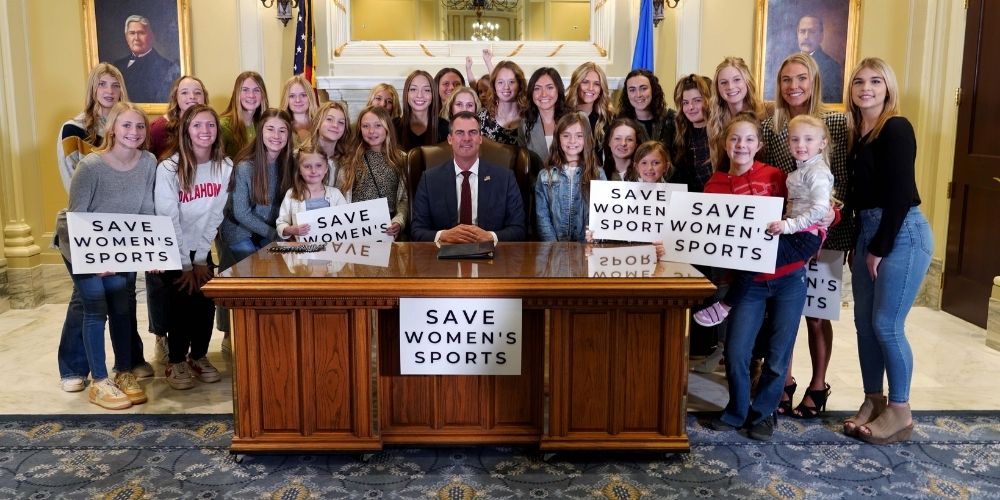 Oklahoma’s passing of the bill marks the 13th state to pass legislation protecting women’s sports from biological males who seek to compete in women's categories.

According to NBC News, Stitt was surrounded by female athletes, young girls, and lawmakers at the signing, who held signs reading "save women’s sports."

"We are protecting women’s sports. We’re ensuring a level playing field for female athletes who work hard to train hard, who are committed to their team, who have dreams to be No. 1 in their sport, who deserve a fair competition," he continued. "The reality is, men are biologically different than women."

The bill, known as Senate Bill 2, states that sports teams will be split into men’s, women’s, and coed teams. Prior to the start of a school year, the parent of an athlete must sign an affidavit stating their child’s biological sex, which will determine their team placement.

If the student is above the age of 18, they would sign the affidavit instead of a parent.

"If there is any change in the status of the biological sex of the student, the affiant shall notify the school within thirty (30) days of such change," the bill states.

The bill declares that teams designated as being for females will not be open to males, and those that are "deprived of an athletic opportunity or suffers any direct or indirect harm" in violation of that declaration would be able to file for injunctive relief.

The bill will take effect immediately.