On self-identification, the law is inconsistent

“This is how things should work in a free society: your right to express yourself does not include a right to have other people agree with your beliefs. “ 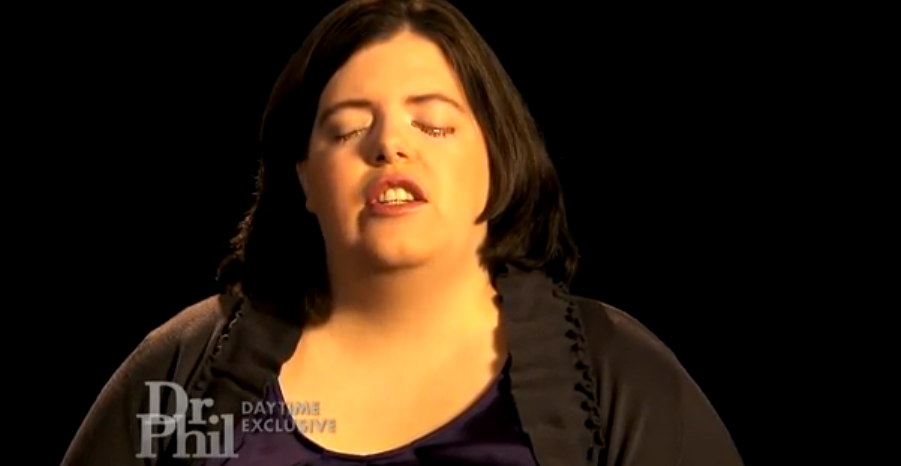 A  recent stir on Twitter involved the “transdeaf,” who self-identify as deaf and seek to live as though they are deaf.  Those who actually cannot hear are deeply offended, arguing that unless you experience real deafness and its particular hardships, no amount of “identification” will bridge the gap.  Thus far, nobody is legally required to agree with the self-identification of the transdeaf.

The transabled suffer from bodily integrity identity disorder (BIID), an extremely rare condition that makes a person wish, for example, that they had one arm when in fact they have two.

BIID has motivated some individuals to place their arm on a railroad track and have it cut off by the oncoming train. BIID makes some want  to blind or paralyze themselves, to escape the feeling of being “a disabled person trapped in a functioning body.”

When Amber (Jewel) Shuping went public with her story about how she had deliberately blinded herself at the age of 23, by having her psychologist pour Drano into her eyes, people were horrified.

Jewel said that living with sight, to her, felt like living in a personal prison: “People depend way too much on their eyesight.  People believe that blindness is a disability. I think of being  empowered, being free when I think of being blind.”

Although Jewel expressed no regrets, most thought that psychiatric or psychological help for  Jewel would have been better than Drano.  Thus far, no law requires  people to affirm the beliefs and feelings of self-identification of the transabled.

Rachel Dolezal was born to white parents but identifies as black: “I feel that I was born with the essential essence of who I am, whether it matches my anatomy and complexion or not … I’ve never questioned being a girl or woman, for  example, but whiteness has always felt foreign  to me …”

Describing herself as “transracial,” she held a  leadership position with the National Association for the Advancement of  Colored People (NAACP) until it became known that she was not actually an African American.  She then also lost her Africana Studies teaching position at Eastern Washington University.

Thus far, no law requires citizens to affirm, accept or support the feelings of transracial people.  Citizens are free to speak and behave in accordance with their own beliefs about reality, without any legal obligation to respect the “expression” or “identity” of the transracial.

Some people sincerely believe that they are Jesus of Nazareth, Napoleon  Bonaparte, or another historical figure. They strongly identify as such and wish to re-shape their reality so as to conform to their belief, by (among other things)  demanding that others affirm their belief as true.

When a man insists that he is Napoleon, the state does not convert his house into an 18th-century  French manor or pay counsellors to report to him about his military victories and defeats on the battlefields of Europe.

Rather, most of us would ignore him, and those who love him would provide the best possible therapy to uncover the reasons for his delusion, in order to assist in curing it.  Thus far, no law requires us to affirm the beliefs of those who self-identify as a historical figure.

Anorexic girls see themselves as overweight, even while looking in the mirror at their frail, skin-and-bones bodies. When an anorexic teenager harms her health— in some cases to the point of risking death—we don’t affirm her false belief in being overweight.

Instead, we seek to find the source or cause of her false belief and its emotional power over her. We seek to help her to deal with reality. There is no law against calling anorexia nervosa a disease.  Nobody says that it is hateful,  bigoted, unfeeling or merciless to refer to her self-identity (as being overweight) as a delusion.  There is no legal obligation to affirm an anorexic’s belief that she is overweight.

People who are transdeaf, transabled, transracial or anorexic have the right to express their beliefs about themselves, and to describe reality as they see it.  They do not, however, have a right to compel other people to express agreement with their identity or to leverage the power of the state to compel people to do so.

This is how things should work in a free society: your right to express yourself does not include a right to have other people agree with your beliefs.  Nor can you, in a free country, call upon the government to coerce people into using the  “correct” language.

Yet when a man identifies as a woman and claims that he actually is a  woman, the law is entirely different. Citizens are legally obligated to refer to him as “she” and “her.”

Expressing the opinion that this man suffers from a delusion or mental illness can result in being prosecuted under human rights legislation, on grounds that such opinion constitutes hate, bigotry or discrimination.  As one man learned, expressing the “wrong” opinion about gender identity or gender expression can result in a Human Rights Tribunal Order to pay $55,000 to someone for having hurt their feelings.

Why is the law so inconsistent when it comes to self-identity?