A man is facing charges after allegedly attacking young children in a kindergarten class with a curtain rod during the school’s recess. 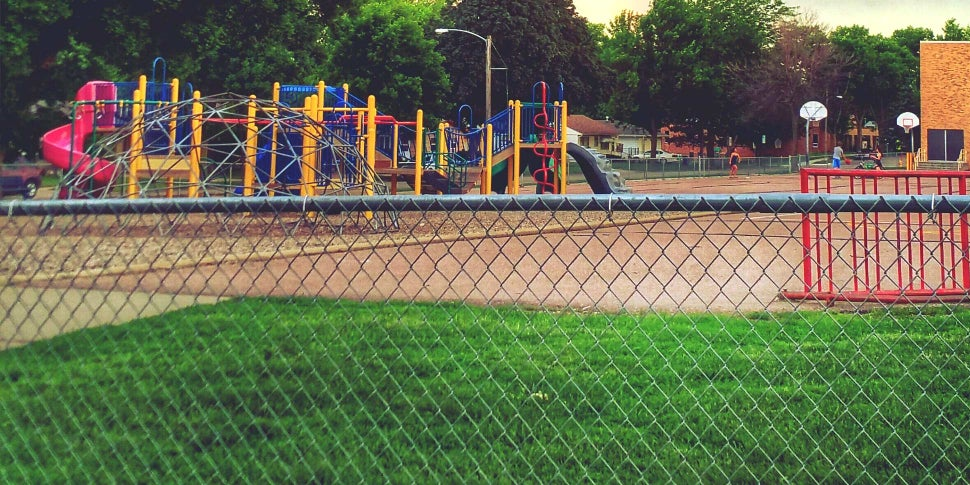 A man is facing charges after allegedly attacking young children in a kindergarten class with a curtain rod during the school’s recess.

York Police say the incident happened around 1 pm on Wednesday, when they were called to Our Lady of Good Counsel Catholic Elementary School after reports of an assault.

The man, who witnesses say was wearing a helmet on his head, was walking around the perimeter of the school with a woman before the school’s recess took place.

The attack took place after two of three kindergarten classes had already gone inside.

According to eye witness reports, the man jumped the fence and began swinging the curtain rod at teachers and students.

“School staff and a good Samaritan were able to remove the weapon from the suspect and get the students back into the school,” said Const. Laura Nicolle to CTV News Toronto.

A five-year-old boy suffered “serious injuries” after being struck by the rod, police say.

The school was placed into lockdown during the incident, as police and ambulances made their way to the premises.

The suspect is a 30-year-old man who police believe has a cognitive impairment. The man was arrested and charged with aggravated assault, assault with a weapon, weapons dangerous and common nuisance endangering life.

Investigators believe the assault was random. He is pending a bail hearing.