Pacific Power originally notified 12,000 customers of the potential for the shutoffs due to fires. 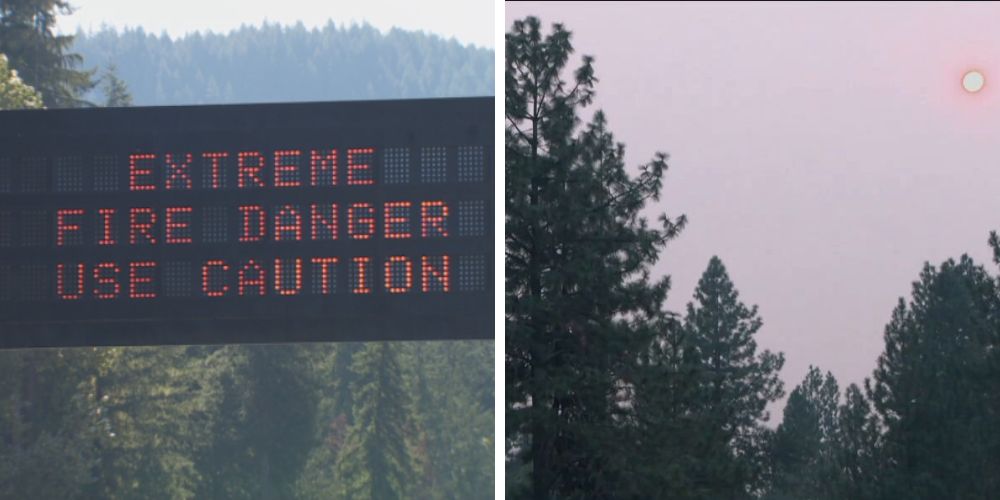 Portland General Electric, Pacific Power, and Forest Grove Light & Power warned that power shutoffs for thousands of customers that may be necessary this weekend due to danger from fires.

Pacific Power originally notified 12,000 customers of the potential for the shutoffs on Wednesday and Thursday provided times for various locations it estimated it would turn the power off. However, the company also warned that if conditions necessitated it would turn off the power sooner.

Affected counties include Polk, Marion, Tillamook, Lincoln, Douglas and Linn. Shutoffs could begin in some of the counties as early as 6 am Friday and last through Saturday night.

As a result, resource centers will open Friday and Saturday from 8 am to 10 pm, offering air conditioning, water refrigeration and heating for medicine or baby needs, televisions and Wi-Fi, and charging stations.

PGE on Wednesday night said it is "increasingly likely" it too will shut off power in ten areas because of the risk of fire and that the shutoffs will affect at least 30,000 customers in Mt. Hood Corridor/Foothills, Columbia River Gorge, Oregon City, Estacada, Scotts Mills, Portland West Hills, Tualatin Mountains, North West Hills, Central West Hills, Southern West Hills

The company warned that the shutoff could last several days. In 2020, when the Labor Day fires ravaged the state, PGE shutoff power to certain areas.

Forest Grove Light & Power also warned that they may shut off power "should the risk to our service territory increase."

A large portion of Oregon is in a red-flag warning, with windy, dry and hot conditions incoming, conditions which will likely expand fires already burning and could spark new fires.