California Democrat Governor Gavin Newsom was slammed on social media for wearing what appeared to be a fleece jacket, and hat while asking residents to do "their part," to conserve energy during the heat wave affecting the state. 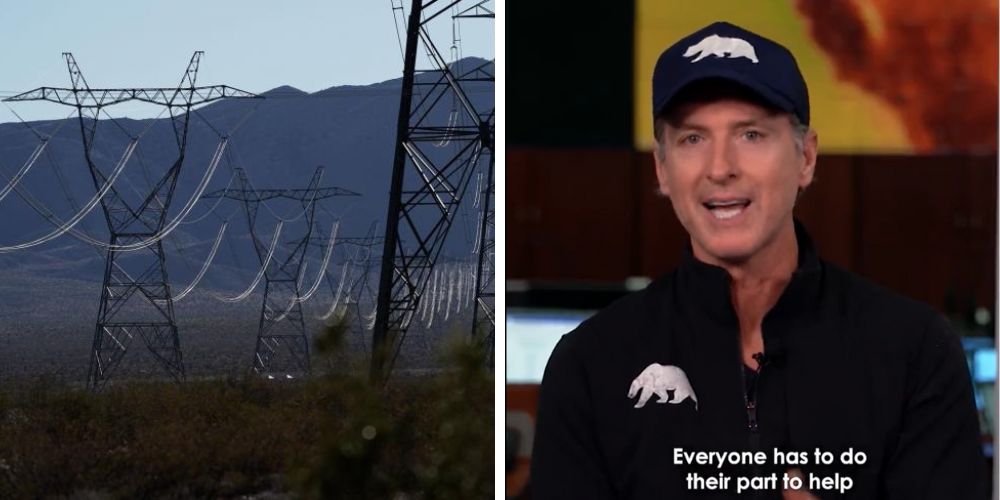 Level 3 is the Golden State's grid operator's highest category of an energy emergency and at peak demand, the grid hit 52,061 MW, a new all-time record.

Last week, ISO called for residents to participate in "voluntary conservation" and to conserve energy over the Labor Day weekend during a heat wave by:

· setting thermostats to 78 degrees or higher

· avoiding the use of major appliances

· pre-cooling homes as much as possible

This came only days after the Golden State announced that it would be banning the sale of gas-powered cars by 2035.

California Democrat Governor Gavin Newsom was slammed on social media for wearing what appeared to be a fleece jacket, and hat while asking residents to do "their part," to conserve energy during the heat wave affecting the state.

The level 3 alert ended at 8 pm and according to ISO, “Consumer conservation played a big part in protecting electric grid reliability.”

California remains under a Flex Alert, a statewide request for residents to voluntarily reduce energy consumption through 9 pm. The alerts have been issued daily over the last week.

Approximately 67,000 Californians were without power Monday evening, while power outages affected over 40,000 Pacific Gas and Electric Company customers in 28 counties.

The Golden State’s energy grid is powered by a mix of mostly solar and natural gas during the day, in addition to power imported from other states. However, solar power falls off during the late afternoon and early evening, which is the hottest time of day. Additionally aging natural gas plants that the state uses for backup power aren’t as reliable in hot weather.

The state once again appeared unprepared for the strain on the power grid despite ongoing issues every summer. In 2020, California experienced statewide power outages that led to some areas losing power for up to 2 1/2 hours on August 14 and 15. Two weeks later, over the Labor Day weekend, customers had to scale back electrical use to prevent more rolling blackouts.

In July 2021, the state’s grid was pushed to the brink again when prolonged hot weather lowered water levels at hydroelectric facilities from neighboring states including Oregon and Washington, straining power imports to the Golden State. California imports a third of its energy from other states. The ISO issued eight other Flex Alerts in 2021. On August 16, 2022, the ISO issued a Flex Alert during another hot weather spell.