The photo was originally tweeted on Dec. 9, 2020, by the Democrat governor, depicting herself and others wearing "ugly holiday masks" as part of a promotional fundraiser. 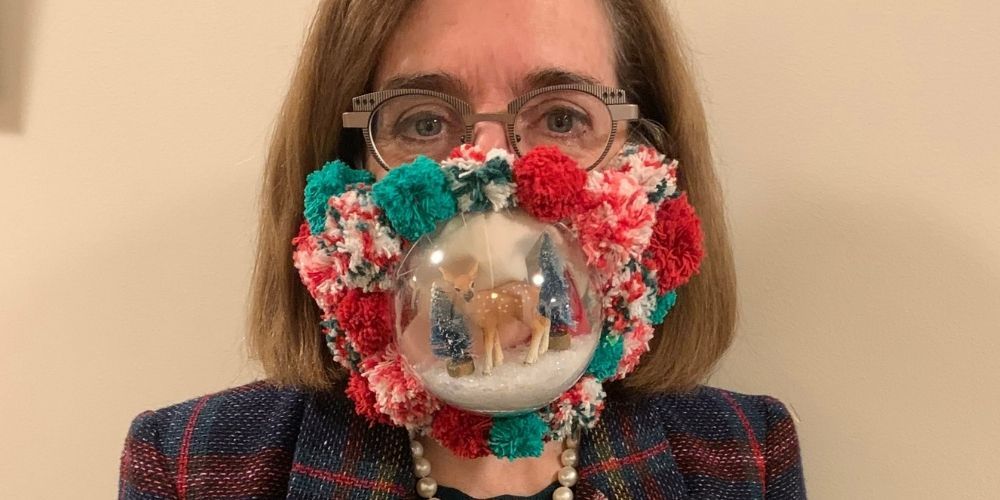 Photos of Oregon Governor Kate Brown that resurfaced this week depicting her wearing an "ugly holiday mask" have sparked backlash amongst users on Twitter.

The photo was originally tweeted on Dec. 9, 2020, by the Democrat governor, where herself and three others were depicted wearing "ugly holiday masks" that were being sold as part of a fundraiser for the Oregon Food Bank.

Brown is seen wearing a mask that resembles a snow globe, with a fawn in the middle of the snow globe, and the rest of the mask is filled with holiday-colored pom poms. The resurfaced photo has been shared numerous times, with many condemning the outlandish display.

Donald Trump Jr. posted the photo to Instagram, telling his followers: "The governor of Oregon. In case you’re wondering what happened to the Democrat party, this is further evidence of their transition to all being clowns."

Senior Fox News political analyst Brit Hume wrote: "I kept seeing this and thought it must be some photoshopped satire on Oregon's hapless governor. But it seems she made this thing herself and is proud of it. O tempora, o mores."

The latin phrase "O tempora, o mores" means 'oh, the times! oh, the customs! —used as an exclamation of despair at prevailing social or political norms," according to Merriam-Webster.

Author Juanita Broaddrick wrote: "Pray for Oregon.  This is their Governor."

"In the decades ahead — as the covid history is written — everyone is going to claim they knew masks didn’t work. It’s going to be like how everyone today was against the Vietnam War. Let’s not let politicians like this imbecile slide," wrote OutKick founder Clay Travis.

On Aug. 24, Brown announced a new rule requiring Oregonians to wear a mask in most public outdoor settings, regardless of vaccination status, where physical distancing is not possible. The rule went into effect Aug. 27.