In November of 2020, Oregonians voted for Ballot Measure 110 which decriminalized personal possession of drugs such as heroin, cocaine, methamphetamine, and LSD. 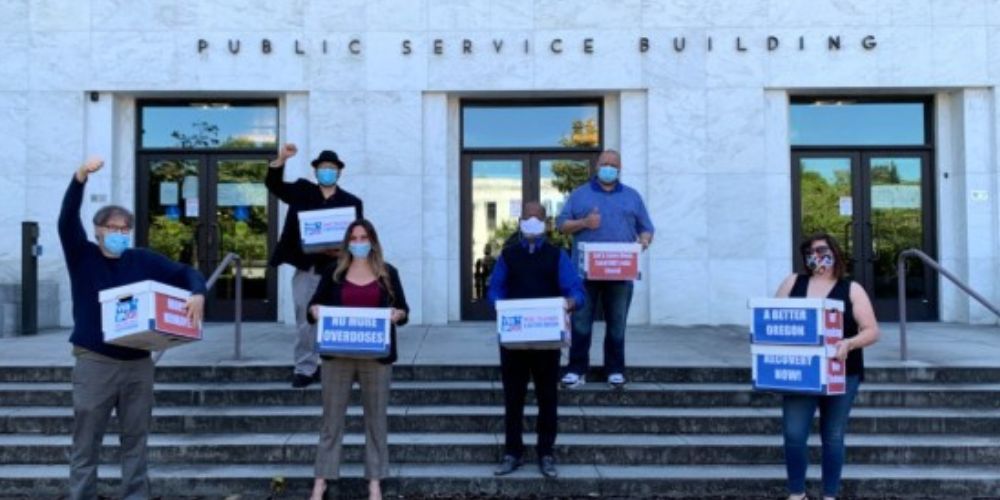 Following Oregon's decision to decriminalize hard drugs in 2021, there has been a marked increase in overdoses and drug-related deaths. The largest spike coming primarily from opioids and fentanyl-laced methamphetamine.

In November of 2020, Oregonians voted for Ballot Measure 110 which decriminalized personal possession of drugs such as heroin, cocaine, methamphetamine, and LSD.

The bill passed with 58 percent support after its proponents declared that drug possession and use was a healthcare issue and not a criminal issue.

Oregon became the first state in the union to approve such a measure, turning possession of hard drugs from a criminal misdemeanor into a Class E misdemeanor, which warrants a citation of up $100. In the case of drug possession the fee is waived if they call a hotline to receive a health assessment.

Since the law went into effect in February 2021, 1,885 people have received citations and 91 called the hotline. Advocates of the bill hoped the call would lead addicts to an addiction recovery center, housing, and treatment of some kind.

According to the Associated Press addiction researcher Keith Humphreys said "The Oregon ballot initiative was presented to the public as pro-treatment but it has been a complete failure in that regard."

40 million dollars has been spent so far out of 300 million dollars allocated to  Ballot Measure 110. The program's funding was culled from tax revenue, mostly from the state's legal marijuana industry.

Oregon's website notes management of Ballot Measure 101 falls to the Measure 110 Oversight and Accountability Council which then empowers decision making to the Behavioral Health Resource Network Subcommittee. Behavioral Health Director Steve Allen said, "I would have asked for many more staff much quicker in the process… We were just under-resourced to be able to support this effort."