Trudeau government hires company to bring back garbage from Phillippines

The trash wars are coming to an end, as Ottawa has finally hired a company to bring back trash containers filled with rotting garbage that Phillippine President Rodrigo Duterte claims was sent to the islands by Canada. 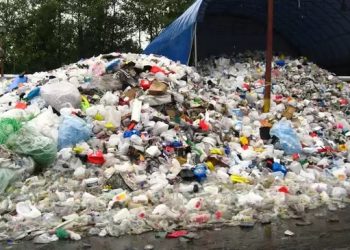 The trash wars are coming to an end, as Ottawa has finally hired a company to bring back several containers filled with rotting garbage that Phillippine President Rodrigo Duterte claims were sent to the islands by Canada.

“The company will begin preparation for shipping in the coming days. The removal will be complete by the end of June as the waste must be safely treated to meet Canadian safety and health requirements,” said Sabrina Kim, spokesperson for Environment and Climate Change.

“Safe and environmentally sound disposal in Canada of the waste material will take place before the end of summer 2019. The costs associated with the preparation, transfer, shipment and disposal of the waste will be assumed by the government of Canada.”

The announcement, made by Minister of Environment and Climate Change Catherine McKenna, came hours after President Duterte ordered his government to hire a private shipping company to leave 69 containers of garbage in Canada’s waters.

A spokesperson for the Phillipino President Duterte said “The president’s stance is as principled as it is uncompromising: The Philippines as an independent sovereign nation must not be treated as trash by other foreign nations.”

According to local media reports in the Philippines, the trash was sent to the island nation more than six years ago and has been a burden ever since.

During the threats, Duterte said he wanted “a boat prepared.” He continued, “I’ll give a warning to Canada—maybe next week—that they better pull that thing out or I will set sail to Canada and I’ll pour the garbage there.”

“I cannot understand why they are making us a dumpsite,” Duterte said his nation would  “declare war against [Canada]” if Canada did not heed the warnings.

According to Duterte, the garbage at the centre of this controversy was apparently sent by Canadian plastics exporter Chronic Inc. six years ago. The president of the southeast Asian country alleges that the company dumped more than 100 shipping containers of trash disguised as recyclable plastics into Filipino waters.

The company denies these allegations, saying that the containers are almost entirely filled with recyclables.

Last month, Ottawa offered to reclaim the rubbish but did not meet the May 15 deadline set by Manila. The Philippines then withdrew top diplomats from Canada last week.