In the wake of the Trudeau administration invoking emergency powers that allow the police to act outside of their normal scope, authorities are moving in on downtown Ottawa on Friday, making arrests and, in some cases, being physically violent with protestors. 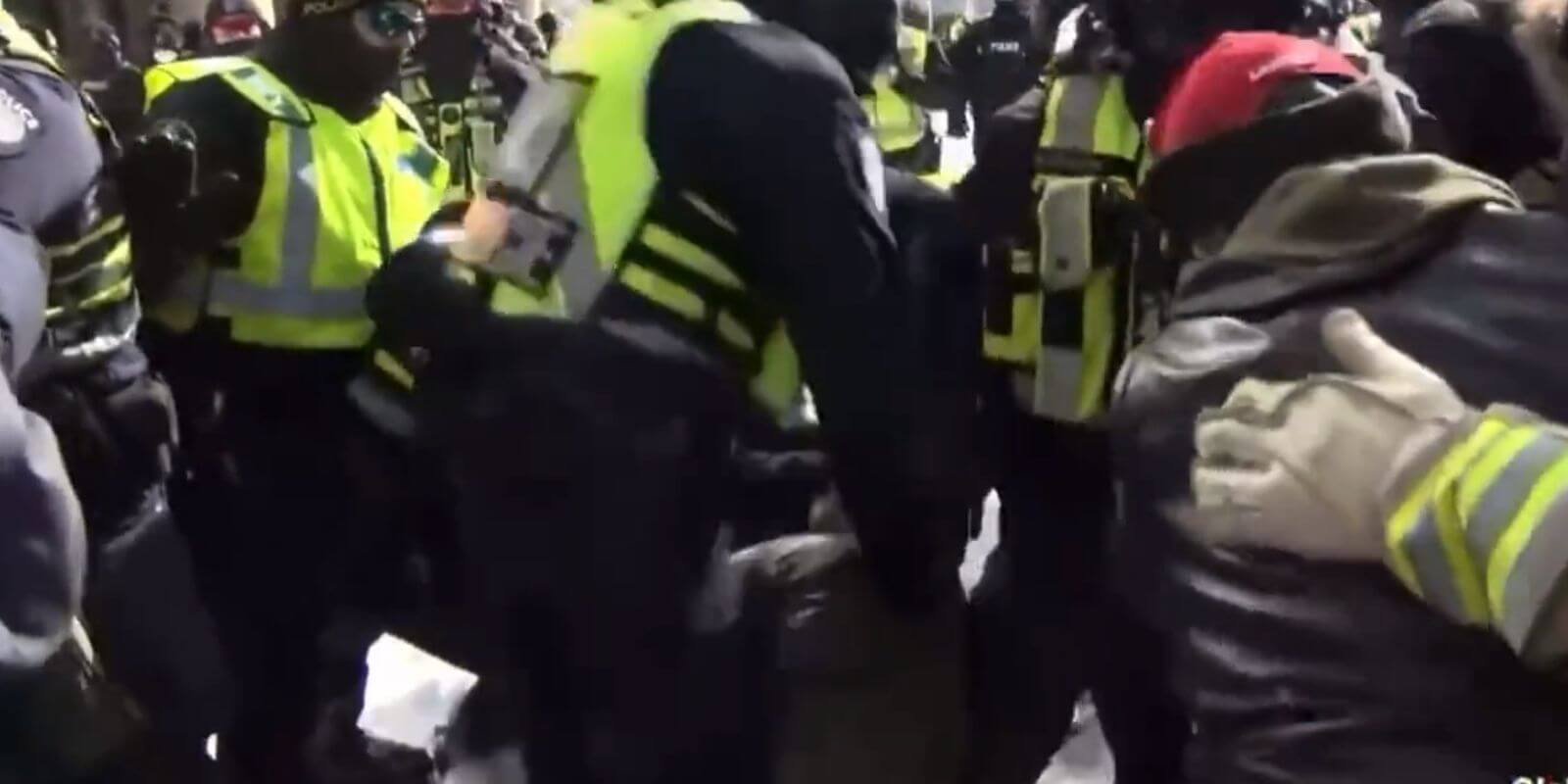 In the wake of the Trudeau administration invoking emergency powers that allow the police to act outside of their normal scope, authorities are moving in on downtown Ottawa on Friday, making arrests and, in some cases, being physically violent with protestors. Ottawa police have reported that at least 70 people have been arrested thus far.

In the video, police can be seen treating a protestor brutally. At one point, an officer rams his knee into the man's torso repeatedly, causing him to collapse eventually.

The next post comes from the Ottawa Police's Twitter account. The caption reads, "What you are seeing are Public Order Units in a line formation. Protestors are continuously being told to leave, or they face arrest. You will see the line slowly moving forward to give people who want to leave the opportunity to do so."

In the next video, an actual real-life example of police forcibly clearing people from the area is reproduced. People are seen standing their ground and pushing back against the police. One man shouts at them to "back up." Another man off-camera comments that these actions are "unconstitutional:"

Shockingly, although journalism is not covered by the Emergency Act, the police are also telling the media to "please keep a distance and stay out of police operations for your safety.

In another video, police can be seen restraining a man who appears to have been pushed down onto the ground and into the snow by them. They then haul him up and shuffle him away unceremoniously: