'Our constitution should be burned': What critical race theorists really think of America

"...our constitution should be burned, because our constitution in and of itself is only written for who owned land? Men at the time, it's still written accordingly. Who was owned? Black folks." 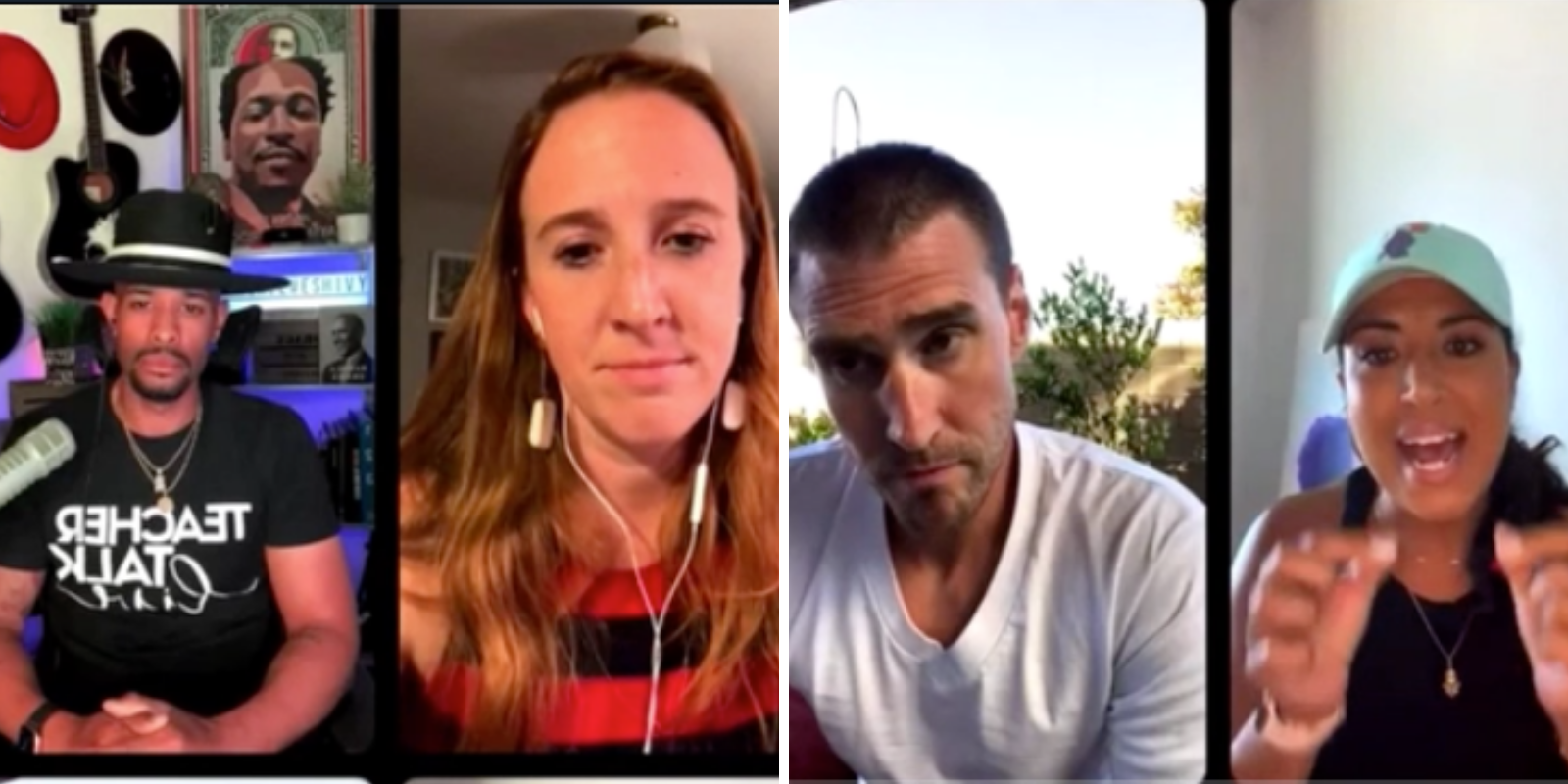 Will Reusch, a high school teacher in LA who also worked with the Heterodox Academy, asked to have a conversation with advocates for CRT in schools. That conversation revealed that CRT advocates do not believe in America's founding documents, instead saying that "the constitution should be burned."

Reusch spoke to Alfred "shivy" Brooks who is running for Atlanta City Council, Dr. Kate Slater who has worked in teacher recruitment for a top prep school, and Louiza "Weeze" Doran who were proponents of critical race theory. While undoubtedly these folks would define it differently, critical race theory is the practice of looking at all events both current and historical through the lens of race and racism.

"Our constitution should be burned"

The conversation turned to the principles of Enlightenment as the foursome tried to find common ground. Reusch asked if they could all agree that those principles represented the way forward. They could not.

"I just want to jump in and bring it back to the point," Doran said, turning to her computer to read off a definition of "Enlightenment principles."

Doran read that these principles were centered around the idea "that reason is the primary source of authority and legitimacy and advocated such ideals as liberty, progress, tolerance, fraternity, constitutional government, and separations of church and state." But she's not into those things.

Doran said the constitution as it stands now is full of "oppressive amendments and languaging." "The constitution itself is only rooted in Enlightenment for white people, just like this country," said the educator.

Whiteness "is a stand-in for white supremacy"

Slater answered Brooks' question "How do you define whiteness?"

"And by that, I simply mean: The ways in which this country preserves whiteness, as the default, and the norm, the ideal, in all of its spaces and all of its systems."

Brooks then asks Reusch, after Slater's explanation, "Do you view whiteness as property?"

Slater tries to help him understand by explaining that "In this country whiteness has currency, right? Whiteness has always had currency. Whiteness has always had value. Monetarily, power, systematic, value, sewn up in us being white people. There is power in inherent with that, just like there is experiences of disadvantages and oppression that are sewn up in the experiences of people of color in this country because of whiteness. These two things are in opposition to each other, right?"

"White people" v. "people who happen to be white"

"Whiteness is not phenotypic whiteness," Doran tells a visibly confused Reusch. "There's white people and there's people who happen to be white, for sure, right? Whiteness is a… set of ideologies, ideas, institutions, and policies that have been explicitly set up, rooted, and born in white supremacy, predicated on the binary of white and black, good and bad, and all of the tropes that come with it in order to maintain oppression."

Doran continues, "The reason I say white folks and people who happen to be white is because anyone that is born in the world, because whiteness is global, can absolutely abide by tenets of whiteness. This is why we have Candace Owens," Doran says, listing off other black people she disagrees with.

"This is why we have black folks who will say critical race theory is trash, because there is trauma rooted in that for marginalized folks, that means they try to increase their proximity to those ideals and those policies and those institutions for safeness.

"But at the end of the day, people who are phenotypically white have a choice. They can—because we're all indoctrinated into whitenesS—they can choose to uphold the system that was built for and by them on our backs, those are white people.

"Then there's people who happen to be white," she says, identifying these as people who are "committed to dismantling that same system, using her identity privilege. Does that full breakdown make it a little bit clearer?"

Brooks laughs, and Reusch's concession is not enough for Doran, who replies "It's not a theory. Like a theory means we can sit here and—like critical race theory for example that's a theory. Because there are tons of ways to go at dismantling systems of oppression." Doran says that she doesn't even agree with all the tenets of CRT.

"But, there are certain facts in our social fabric," Doran says, listing off some of these "facts."

"Whiteness is a construct that was 1000 percent created under Prince Philip's guidance at the birth of the enslavement of black Africans and the human trafficking of black Africans for the purpose of increasing wealth for Portugal, because they could no longer tax their people. That was very intentionally fabricated, through pseudoscience, through religious—religion, and through history, right?

"So we cannot say it's a theory when we have so much empirical and historical evidence to tell us that these things are in fact real and true," Doran said.

If critical race theorists are unwilling to use the constitutional foundations of American democracy as a starting point for any change or adjustment that they feel needs be made, then it is hard to believe that anything that have to say about how progress should be made can be even remotely valid.

Those who want to burn the nation to the ground and rebuild something as-yet unimagined from our country's ashes do not have the good of the nation or her people at heart.

Reusch commented on the shared, two hour long conversation when he posted it.

He wrote that: "While one could say that very little was accomplished, or that this wasn't productive, this is a rare and very clear example of what CRT looks like in practice- conversation, the classroom, etc.

"K-12 needs to be a place where curiosity is encouraged & supported and that includes issues over clarity of language, specific complexities & nuance, personal experiences, etc."

Critical race theory has come under fire by parents and educators who actively believe in equality, justice, due process, opposing racism, and the constitution.