Among those on the receiving end of "Trans Health Workgroup Agenda and Materials" was Rachel Levine, who was the secretary of the Pennsylvania Department of Health at the time. 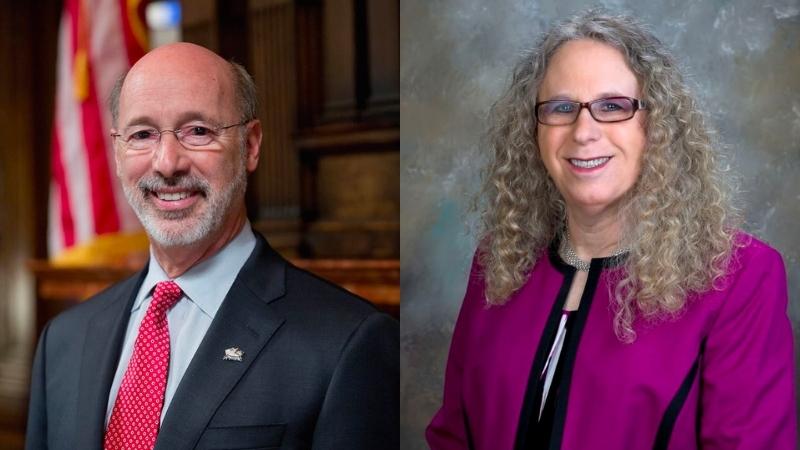 Pennsylvania's Democratic Gov. Tom Wolf's administration created a "Trans Health Task Force" that coordinates with the likes of transgender US Assistant Secretary for Health Rachel Levine to advocate for the state-funded gender transitions of children, emails leaked on Saturday reveal.

Among those on the receiving end of "Trans Health Workgroup Agenda and Materials" was Levine, who was the secretary of the Pennsylvania Department of Health at the time. Levine, who is now the Biden administration's assistant health secretary, came under fire in July for falsely claiming that transgender youth don't have underlying mental health issues that may be causing their dysphoria.

"They have more mental health issues but there's nothing inherent about being transgender or gender-diverse which would predispose youth to depression or anxiety," said Levine on MSNBC's Andrea Mitchell Reports, arguing that the source of their elevated distress is due only to harassment and bullying, and through "politically motivated attacks through state actions."

Another major figure in the email thread is Linda Hawkins, co-director of the Gender & Sexuality Development Clinic at Children's Hospital of Philadelphia, which made headlines in September when an internal meeting leaked in which recommendations were made for 8 year olds to start puberty blockers, and to start getting gender-transition hormones and surgeries at 14.

In 2020, Hawkins wrote to the group with the subject line "Trans Health Task Force" to garner support in the fight against lawmakers who wanted to "slip in a rewrite" to Section 1577 of the Affordable Care Act (ACA), which is the nondiscrimination provision. Under former President Barack Obama, the section included a provision for transgender people. Under the Trump administration, Section 1557 was re-interpreted to not include prohibitions on discrimination based on gender identity, versus biological sex.

In May 2021, the Biden administration's Department of Health and Human Services (HHS) successfully reversed the policy, legally protecting individuals on the basis of the gender they identify with instead of the one they were born into, reported Fox News.

The so-called "task force" advocated for the state-funded gender-transition for minors, as revealed in social media posts from the Pennsylvania Youth Congress (PYC).

In more screenshots shared by Brock, PYC can be seen claiming to be part of "the Governor's monthly LGBT workgroup." On Facebook, they made a post showing members of their congress posing with Levine, with the caption "regrouping during the effort to stop the ban on trans youth healthcare under CHIP in Harrisburg / October 2017."

CHIP is the Children's Health Insurance Program, an initiative administered by the HHS that funds healthcare for lower-income families who don't qualify for Medicaid but cannot afford private insurance, according to Healthcare.gov.

PA House Bill 1388 drew scorn from transgender activists when a state senate committee amended it to prohibit coverage for transgender-related services for children. After persistent lobbying from organizations such as the ACLU, the state House stripped the amendment from the bill and sent Wolf a new CHIP re-authorization, which he enacted as Act 58 of 2017.

On the PYC website, a call for help is displayed to "protect transgender healthcare coverage in CHIP and Medicaid."