Patreon famously removed a YouTube user, seemingly for political reasons, without explanation. Eventually they claimed that MasterCard had forced them to remove the account. In the age of online creators, that is professional murder. 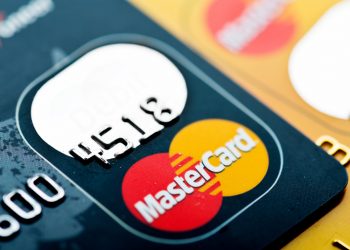 There is some class of companies, the boundaries of which are uncertain, that ought to be subject to political neutrality legislation.

The premise is simple. Foreign corporations ought not to be allowed to jeopardize the finances of Canadians for political reasons.

The easiest examples are credit card companies like MasterCard and Visa. There is admittedly a spectrum, stretching towards foreign online companies that simply generate part of their revenue in Canada, like various social media companies.

Where to draw the line and how to enforce it is undoubtedly a complex issue, but the need for such a line is clear.

Corporations that refuse to comply should simply be banned from our state, and any niche or function that they filled in our society will be taken over by alternatives to those services.

If no alternatives exist, there will be a niche in the market for an entrepreneurial Canadian to spot.

How governments interact or regulate social media has been a hot topic in recent years. Both sides of the political spectrum are waking up to the unaccountable power of social media.

It is one of the very few things that both Elizabeth Warren and Ted Cruz can agree on.

These issues become even more pressing, however, when you consider financial institutions.

Patreon famously removed a YouTube user, seemingly for political reasons, without explanation. Eventually they claimed that MasterCard had forced them to remove the account. In the age of online creators, that is professional murder.

Online platforms are wrestling with their perceived need to sanitize their sites as to not offend any social justice related sensitivities, but that is not what this is about.

This is about foreign corporations influencing Canadian public discourse by not just de-platforming, but by not allowing certain Canadians from accessing their own money.

Financial institutions in the US are becoming more brazen than ever, and they have long ago crossed into the territory of violating Canadian national sovereignty. Our leaders, perhaps reasonably for the time, thought that we could trust these institutions to be neutral.

Either that was never the case, or things have clearly changed.

We learned just earlier this year that American banks had taken such actions as shutting down the bank accounts of sex workers, back in 2014.

Perhaps much worse, we learned about President Obama’s Operation Choke Point in 2014, which sought to pressure banks into shutting down the accounts of business and charities that were not ideologically onside with the Democrats’ political machine.

Such large and ubiquitous corporations like the Bank of America, MasterCard, PayPal, and Visa went out of their way to ensure that no donations intended for WikiLeaks ever reached their destination.

As Canadians, we are at risk of forgetting that these are foreign institutions, and foreign political blackmail towards our citizens is categorically not acceptable under any circumstances.

They have already gone after others, and we simply cannot wait for them to come for us as well.

Aspects of the problem are so complex that finding an optimal solution would require many years of research.

In the meantime, however, there may be some easy lines to draw.

Foreign corporations who open and maintain accounts for Canadians to deposit, send, or receive money must not suspend any account without reasonable suspicion of some illegality, by Canada’s own laws.

Such corporations cannot be allowed to rob Canadians for political reasons, or even create a perception of foreign interference.

What is at stake is nothing less than national sovereignty.