Prostasia is a tax-exempt organization that supports pedophiles, or what they term "minor attracted people." 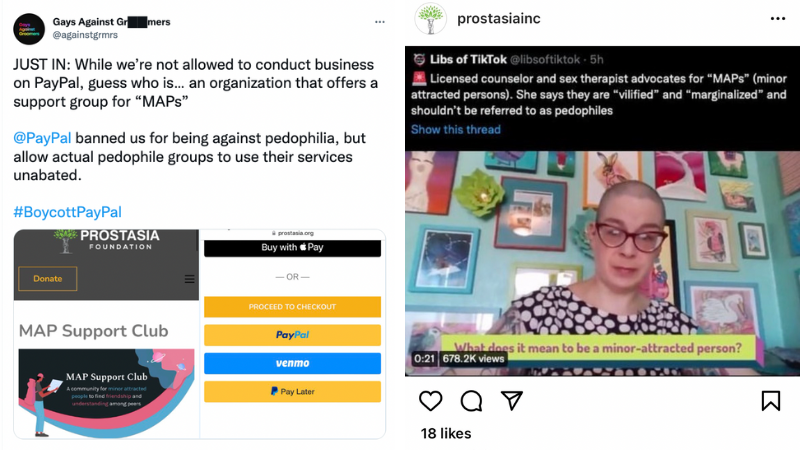 Libby Emmons Brooklyn NY
Sep 23, 2022 minute read
ADVERTISEMENT
ADVERTISEMENT
The Gays Against Groomers organization was permanently banned from payment processors Paypal and Venmo earlier this week after both companies stated that the group's work was "not in accordance with the processor's User Agreement." Yet, Paypal is perfectly happy to do business with pedophile support group Prostasia, which is allowed to use the platform.

Gays Against Groomers, which advocates against child exploitation and against gender identity indoctrination, shared their find on Twitter, showing that Prostasia, which is a not-for-profit that advocates for the destigmatization of pedophilia, is able to take donations for their MAP Support Club, which is literally a support group for people who are sexually attracted to children, via both Paypal and Venmo.

Gays Against Groomers brought this apparent conflict to the attention of PayPal and Venmo, offering a Twitter thread that shows the kind of advocacy Prostasia engages in.

Prostasia is a tax-exempt organization that supports pedophiles, or what they term "minor attracted people." They are registered in California as a "child protection charity," in that their mission is to support and destigmatize pedophiles. An analysis shows that the group uses "semantics to foster a pro-pedophilia message of health under the pretense and child safety," reported Erin Holmes for The Post Millennial.

Prostasia advocates for "age play" and discusses how to safely go about engaging in sexual fantasies and activities where one participant is or pretends to be substantially younger than the other. 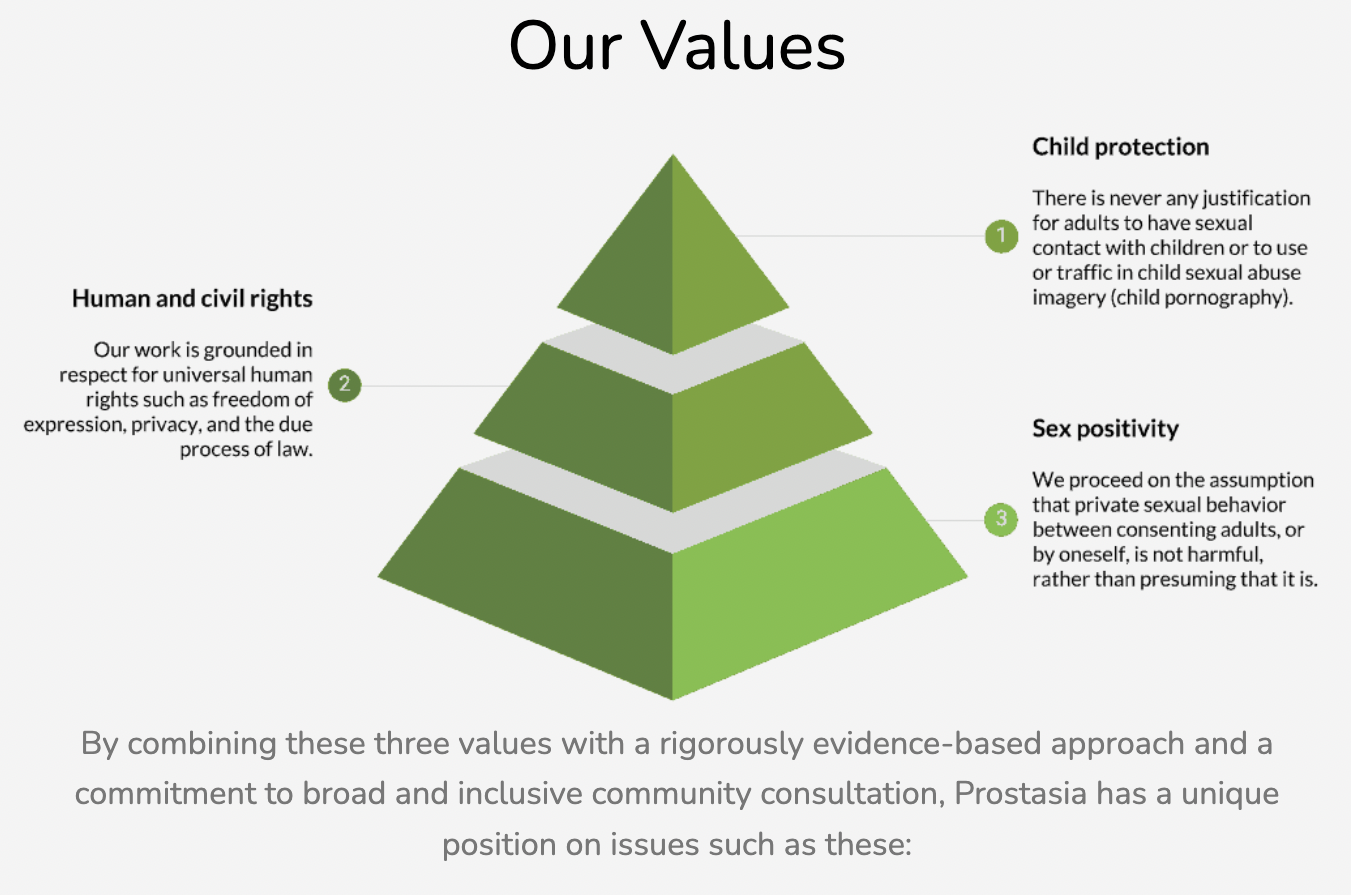 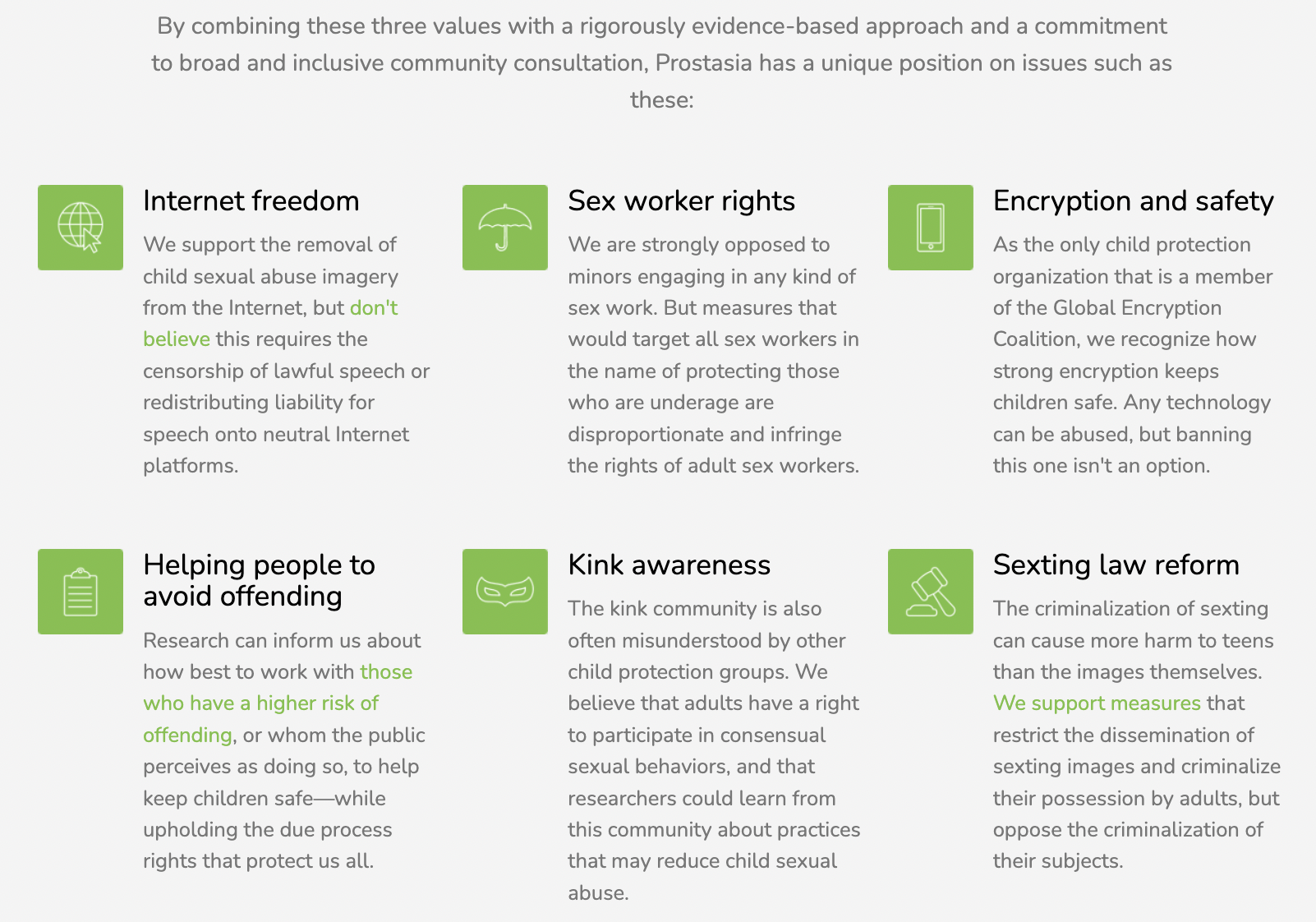 Prostasia suggests that fetishes should be part of a "comprehensive sex ed" curriculum, including "chronophilia," which is when a person is attracted to a minor.  "The best science we have on hand right now is that minor attraction is something you are born with and can't change," they say.

"Gays Against Groomers has exposed "family-friendly" drag events, childrens hospitals who perform surgery minors, exposed the indecent books that are in the childrens sections of libraries, and much more," all since their founding three months ago, reported Sara Higdon. "They have faced suspension from Twitter four separate times with no reasons given. Each time the page was restored within 24 hours."