One of the main fetishes Prostasia suggests should be part of that "comprehensive sex ed" is "chronophilia," or being attracted to people outside one's own age-group. 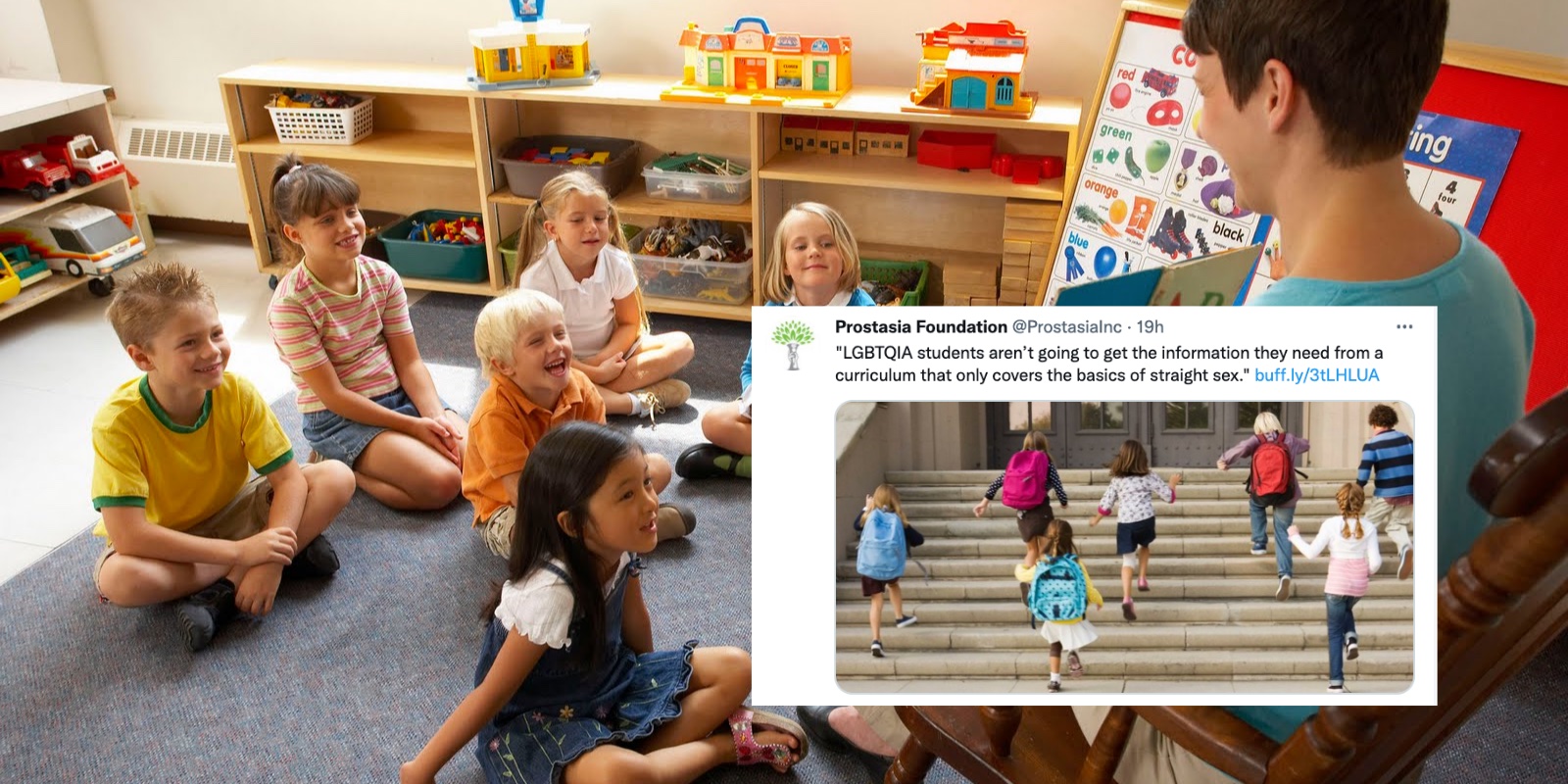 Pedophile advocacy group Prostasia, which looks to destigmatize pedophiles, published a post on "3 simple steps that can reduce CSA," or child sexual abuse. Among these is "Comprehensive sex ed that includes pleasure, consent, chronophilias, fetishes, etc."

One of the main fetishes Prostasia suggests should be part of that "comprehensive sex ed" is "chronophilia." This taboo, they write, is one that "many don't even know about until it becomes part of their lives." They say that people who are sexually attracted to children are just born that way. "The best science we have on hand right now is that minor attraction is something you are born with and can't change," they say.

Prostasia claims that this is "simply a scientific way of talking about how for some people, they are sexually attracted to others in a particular age-range, which may not match their own age." Chronophilia, they write, "go beyond minor attraction, there are age related sexualities on the other side as well."

And they put the emphasis on the potential sexual attraction that minors may have for adults. "Minors can have little to no attraction to those in their own age group while being attracted to adults in general (though the onus is always on the adult to say no.)"

All of this is why Prostasia thinks children should be taught about chronophilia as a kink, a fetish, and have no shame or taboo around it, writing that "making sure people understand what a chronophilia is and how they can present is a really good way of preparing people for what may not be the straightest path."

As part of their plan as to how to reduce child sexual abuse by those who are attracted to children, Prostasia advocates for a "comprehensive, inclusive sex education that includes curriculum on consent, bodily autonomy, pleasure, chronophilias, fetishes, as well as supporting sexual and cultural identity."

Prostasia writes that sex education must be "centered on sex positivity and consent" to give students "a much better chance of leading ethical and satisfying sex lives." The idea behind sex positivity, they write, "is the idea that whatever comes naturally to you sexually, is OK so long as you and any partners consent."

While noting that regardless of the legal age of consent it is essential to "err on the side of people who are under 18 being able to consent," they write that "it makes sense to lay the groundwork" for a "comprehensive sex ed" well before puberty.

The concept of teaching abstinence, or the perspective that a person should wait to have sex until such time that they are in a committed relationship based in a moral framework that encompasses monogamy and fidelity, is not worthwhile, Prostasia writes. The reason for this, they say, is that "most people will have sex sooner or later and it's best if they are armed with knowledge when they do," including knowledge about fetishes.

"These subjects have been made taboo," Prostasia writes," but there is no reason kids can't know about them and teaching needn't be explicit." Sexual fetishes are compared to video games and candy, as things kids know about but don't partake in every day.

"Kids should be allowed to know that sex can and should feel good," they write. "The fear seems to be that if they know, they'll immediately seek it out."

The concept of including fetishes, and kink, in LGBTQ+ pride celebrations is frequently debated. Some believe that kink has a place in the Pride line-up, including calling for the K to be added to the acronym that extends well beyond LGBTQ. Others claim that Pride is already far too sexualized. Others claim that kink is for kids and they should be exposed to it in person on America's streets.

In addition to learning about fetishes, Prostasia advocates for early learning about "sexualities and identities outside the binary." This, they write, will benefit "trans and nonbinary kids" who need sex education that is not "binary based on anatomy."

"LGBTQIA students aren't going to get the information they need from curriculum that only covers the basics of straight sex," they write.

Prostasia's other two components of how to prevent child sex abuse, in addition to teaching them about fetishes and kinky sex, are to provide "Free, anonymous, stigma-free support for all; and Social services for teens including housing and cash benefits."