AAP members said the academy was "endorsing great harm," that its policy for trans-identifying teens was based on "scant and shoddy" evidence and that handing out drugs and hormones was "unsafe and unsustainable." 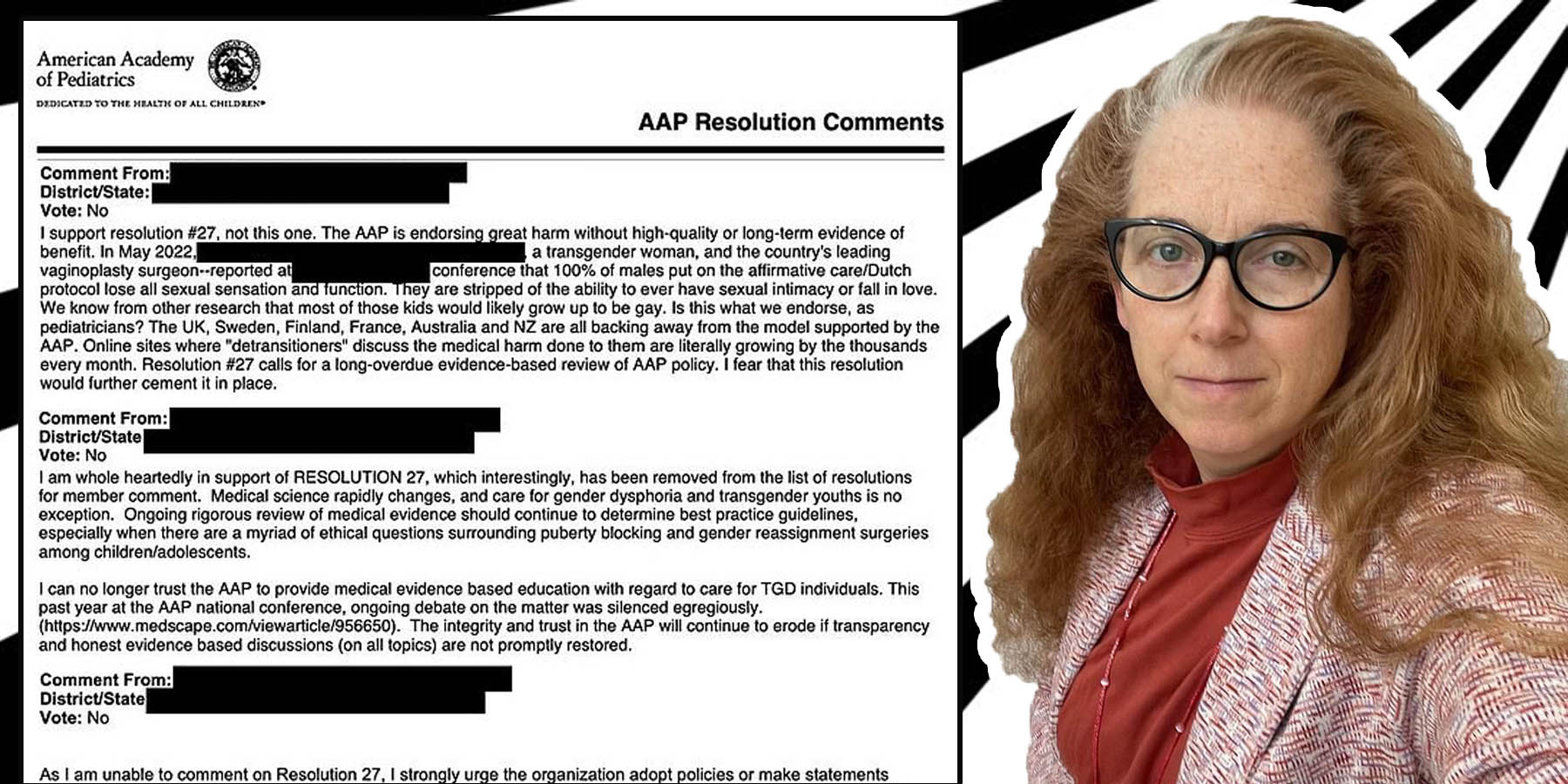 Pediatricians across America are at odds with their own professional body for pushing "harmful drugs" on adolescents who are confused about their gender and stifling debate about the available treatments.

The American Academy of Pediatrics (AAP) has been confronted with sharp criticism from medical professionals for their policy pushing puberty blockers, cross-sex hormones, and surgeries on transgender-identifying minors, as well as stifling debate over a more cautious approach.

The Daily Mail reveals leaked documents from a whistleblower of the opposition held by top child health experts within the AAP.

The documents slam the AAP for their "shoddy" approach, insisting that many would benefit from counseling or therapy instead.

Resolution 27, submitted by five AAP pediatrician members in March of this year, requested a thorough and systematic evaluation of the available evidence to update their position.

The AAP says that it is open to "collaborative conversations" on its policy, but a new rule prevents pediatricians from contributing to the discussion.

To let their voices be heard, members took to airing their concerns in the comments section for a separate resolution in the AAP's members-only website.

The private comments were leaked to DailyMail, where AAP members said the academy was "endorsing great harm," that its policy for trans-identifying teens was based on "scant and shoddy" evidence and that handing out drugs and hormones was "unsafe and unsustainable."

"Before promulgating gender-affirming care, with all of its ethical implications (irreversible bodily changes, sterility, etc.) … don't we want to be sure this is the best path?" wrote one pediatrician.

Another said there was "no good long-term outcome data" for those who undergo medical transition, and pointed to the 37,000+ members of an online forum for regretful "detransitioners."

"What is most needed right now is better research to make sure we do the right thing for our patients," wrote the pediatrician.

The Daily Mail reports that one AAP member complained they were "unable to comment" on the document; another said they "no longer trust the AAP" as the resolution was "removed" and "debate on the matter was silenced egregiously."

"There is NO open dialogue on these medical treatments by the AAP," said another.

"Input from the membership MUST occur."

Julia Mason, a pediatrician from Oregon and advisor for the Society for Evidence-based Gender Medicine, who was one of five authors of Resolution 27, said ever-more colleagues across the US wanted to "slow down" the mass handout of puberty-blockers and spend more time evaluating trans-identifying teens, the Daily Mail reports.

"I'm really disappointed the AAP is being driven by ideology, rather than evidence," Mason told the Daily Mail.

"They're embarrassed that they've let young activist doctors get them on record in support of gender-affirming care, and now they can't backtrack. They've suppressed my efforts and come up with new rules to hide what we're trying to say from rank and file pediatricians."