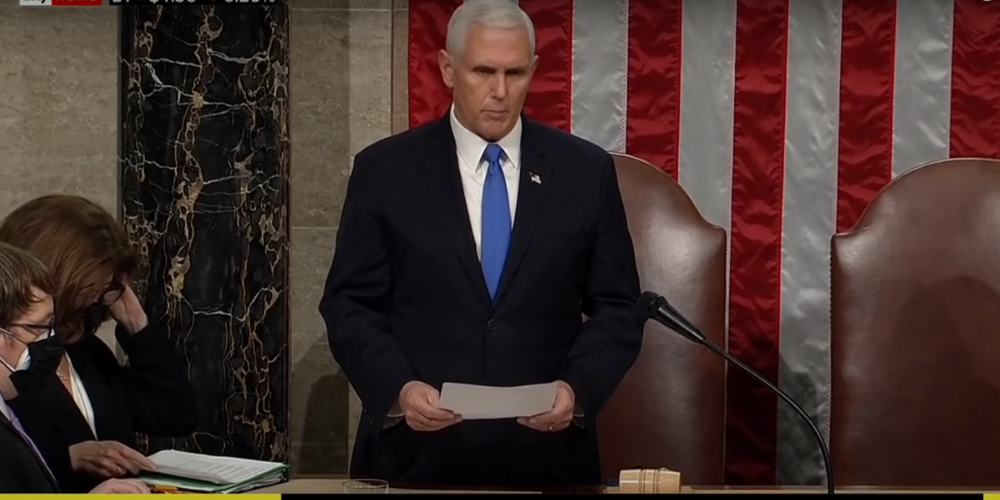 Members of Pence's team said that the former VP harbored some "bitterness" towards Trump following the Jan.6 Capitol riot, Fox News reports. Pence's aides reportedly said that Trump's failure to appropriately address the rioters and call off the mob that day, ensuring the safety of his VP, who was inside the Capitol building at the time, represented the "ultimate betrayal."

Trump defense lawyer Michael van der Veen said that "At no point was the president informed that the vice president was in any danger," in a statement responding to accusations to the contrary.

The Conservative Political Action Conference (CPAC), is held each year in Washington D.C., featuring major conservative personalities in speeches and other panel events. This year due to COVID-19 restrictions in the D.C. area, the convention will be held in Orlando, Florida.

Former President Donald Trump is scheduled to make an appearance at the convention on Feb. 28, Fox News reports. Two sources told Fox News that Trump will be giving a speech to attendees, in his first public appearance since leaving office.

Trump is anticipated to discuss the forward direction of the Republican Party, as well as the policy actions of President Joe Biden that have already successfully undone plenty of Trump's immigration reform and other pieces of his agenda.