James also ranted against Jews, posted hatred of Donald Trump and in support of Black Lives Matter and black nationalism. In one video he expressed disappointment that Justice Ketanji Jackson is married to a white man. 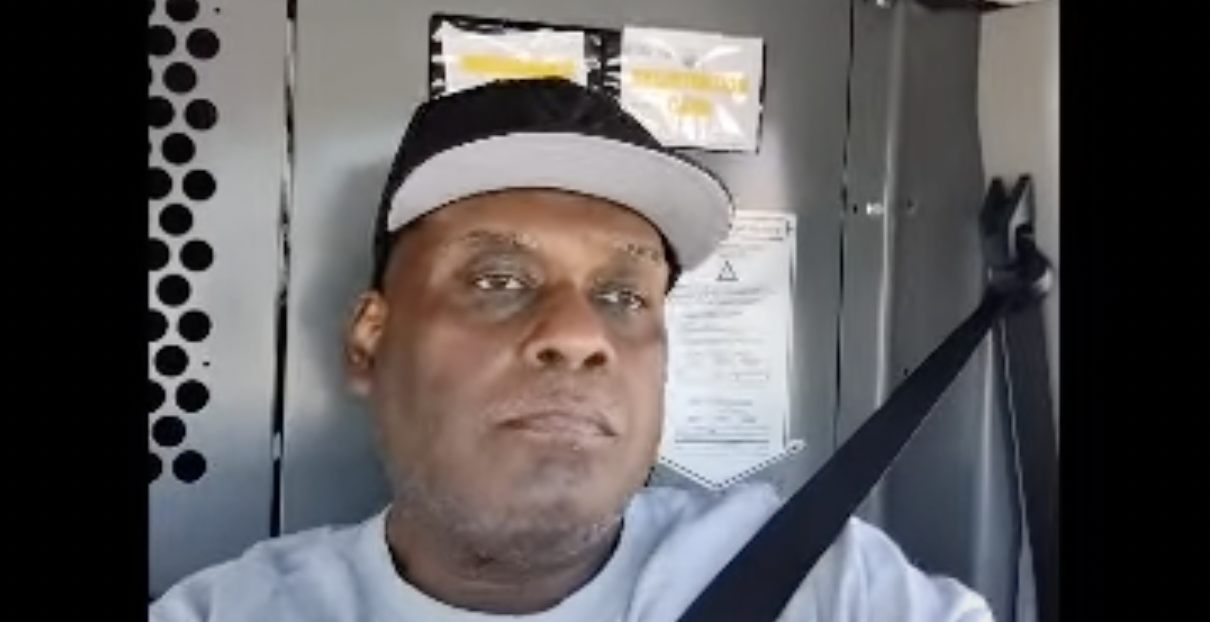 Frank James, a 62-year-old man who has been identified as a person of interest in the Brooklyn subway attack that injured at least 29 people Tuesday morning, warned last month that he was "entering the danger zone."

James allegedly rented a U-Haul van linked to the shooting on the subway shooting in Brooklyn and is being sought for questioning. He previously railed against Mayor Adams and posted threatening rants to YouTube.

In a March 2022 video uploaded to YouTube, James expressed the hope that humanity would be exterminated because of the damage people have done to the environment.

James said in one video, "Mr. Mayor, I’m a victim of your mental health program, I’m 63 now full of hate, full of anger, and full of bitterness."

James claimed to have a diagnosed mental illness and called the city’s mental health services a "horror show."

Regarding the facility he claimed to receive care from James said, "What’s going on in that place is violence. Not physical violence, but the kind of violence a child experiences in grade school… that would make him go get a gun and shooting mother***rs."

James also ranted against Jews, posted hatred of Donald Trump and in support of Black Lives Matter and black nationalism. In one video he expressed disappointment that Justice Ketanji Jackson is married to a white man.

James also claimed that the Russian invasion of Ukraine was proof that black people were treated with disdain in society.

"These white mother***ers, this is what they do. Ultimately at the end of the day they kill and commit genocide against each other. What do you think they gonna do to your black ass?"

James also claimed that a race war would follow the war in Europe. "It’s just a matter of time before these white mother***ers decide, ‘Hey listen. Enough is enough. These n***ers got to go.'"

"And what’re you going to do? You gonna fight. And guess what? You gonna die. Cause unlike President [Zelensky] over in Ukraine, nobody has your back. The whole world is against you. And you’re against your f***ing self. So why should you be alive again is the fucking question. Why should a ni**er be alive on this planet? Besides to pick cotton or chop sugar cane or tobacco."

He added, "And so the message to me is: I should have gotten a gun, and just started shooting mother***rs."

"Or I should have gotten some dope and started shooting or starting hitting bit–es in the head, robbing old ladies, you know what the f*ck it is."

James appeared to be a fan of communism, Fidel Castro, and CNN's Don Lemon as well.

The key to a U-Haul along with a credit card that rented the vehicle out of Philadelphia was discovered at the scene of the crime, according to law-enforcement who believe that James was living in the van.

A massive manhunt is underway for the shooter. According to Newsweek, "...the suspect was previously known to the FBI and was entered into the Guardian lead system in New Mexico, though he was cleared after multiple interviews in 2019."

NYPD said that the suspect is a 5-foot-5 black man with a heavy build at around 170 pounds and was wearing a gas mask, an orange and green construction-type vest, neon-green work helmet and a hooded gray sweatshirt at the time of the shooting. Items recovered by authorities at the scene included a 9 mm handgun, a hatchet, gasoline and "consumer-grade fireworks."

It was also revealed that surveillance cameras at the subway station were not operational at the time of the shooting.