As juvenile looters pillaged and destroyed a Philadelphia Wawa, one young woman says to an employee, "Are y'all gonna make the sandwiches or are ya'll just gonna keep recording?" 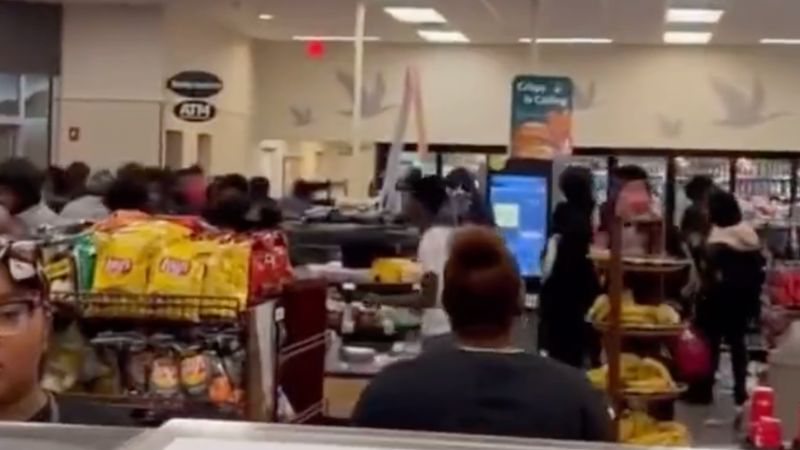 Joshua Young Youngsville North Carolina
Sep 26, 2022 minute read
ADVERTISEMENT
ADVERTISEMENT
Over 100 looters and marauders, many of whom appeared to be juveniles, pillaged and destroyed a Philadelphia Wawa on Saturday night around 8:22 pm.

In a video posted by Libs of Tik Tok the chaos and violence pour from the store and into the gas station outside. Bottles and other items are thrown and smashed as various screams and thuds resound throughout the wanton destruction. Police arrived while the melee was happening but made no arrests according to the New York Post.

In one video posted to Twitter, a young woman asks in a brazen voice as the destruction and theft rages behind her, "Are y'all gonna make the sandwiches or are ya'll just gonna keep recording?" The Wawa employee responded, "Uh, It's going to be a while."

According to local news, a woman too afraid to identify herself who lives nearby said the store has a reputation for being unsafe, saying "Sometimes I'm afraid to stop, it's a shame."

Philadelphia police are looking into the incident that happened on the 7000 block of Roosevelt Boulevard. No one has been arrested although according to accounts police arrived while it was happening and dispersed the crowd instead of arresting anyone.

Former employee Kaitlyn Holtzman, said "I was angry. I was very upset because being in the shoes of those employees, I know just how terrifying it is and how like frustrating it is having to clean up after that as well."

Wawa said in a statement on the incident, "We are working closely with law enforcement to support their efforts to bring all of the perpetrators to justice as soon as possible. We remain committed to protecting our associates and customers and ensuring a safe, welcoming environment for each customer, in every Wawa store. Nothing is more important to us."