Planned Parenthood stated on their website that "a very basic beating heart' develops by 6 weeks of pregnancy." Now the website has been altered and the new language reads "a part of the embryo starts to show cardiac activity." 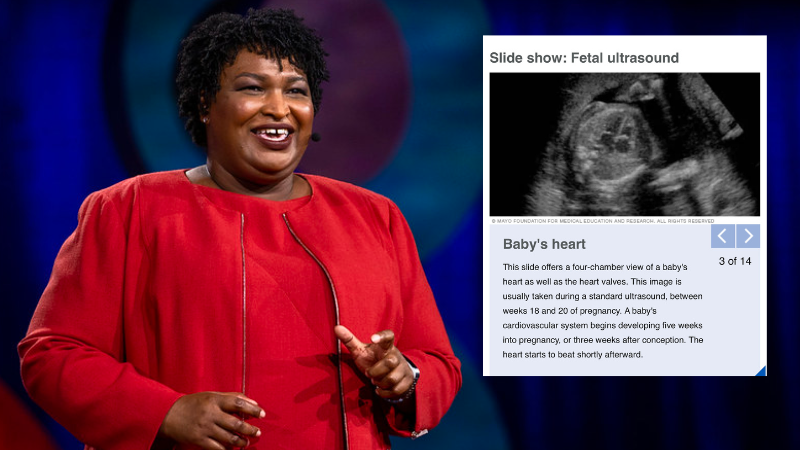 It was only a few months ago, reports National Review's John McCormack, that Planned Parenthood's stated on their website that "'a very basic beating heart' develops by 6 weeks of pregnancy." Now, he found, the website has been altered. The new language reads "a part of the embryo starts to show cardiac activity."

This is a far cry from the Mayo Clinic, which says "A baby's cardiovascular system begins developing five weeks into pregnancy, or three weeks after conception. The hearts starts to beat shortly afterward." 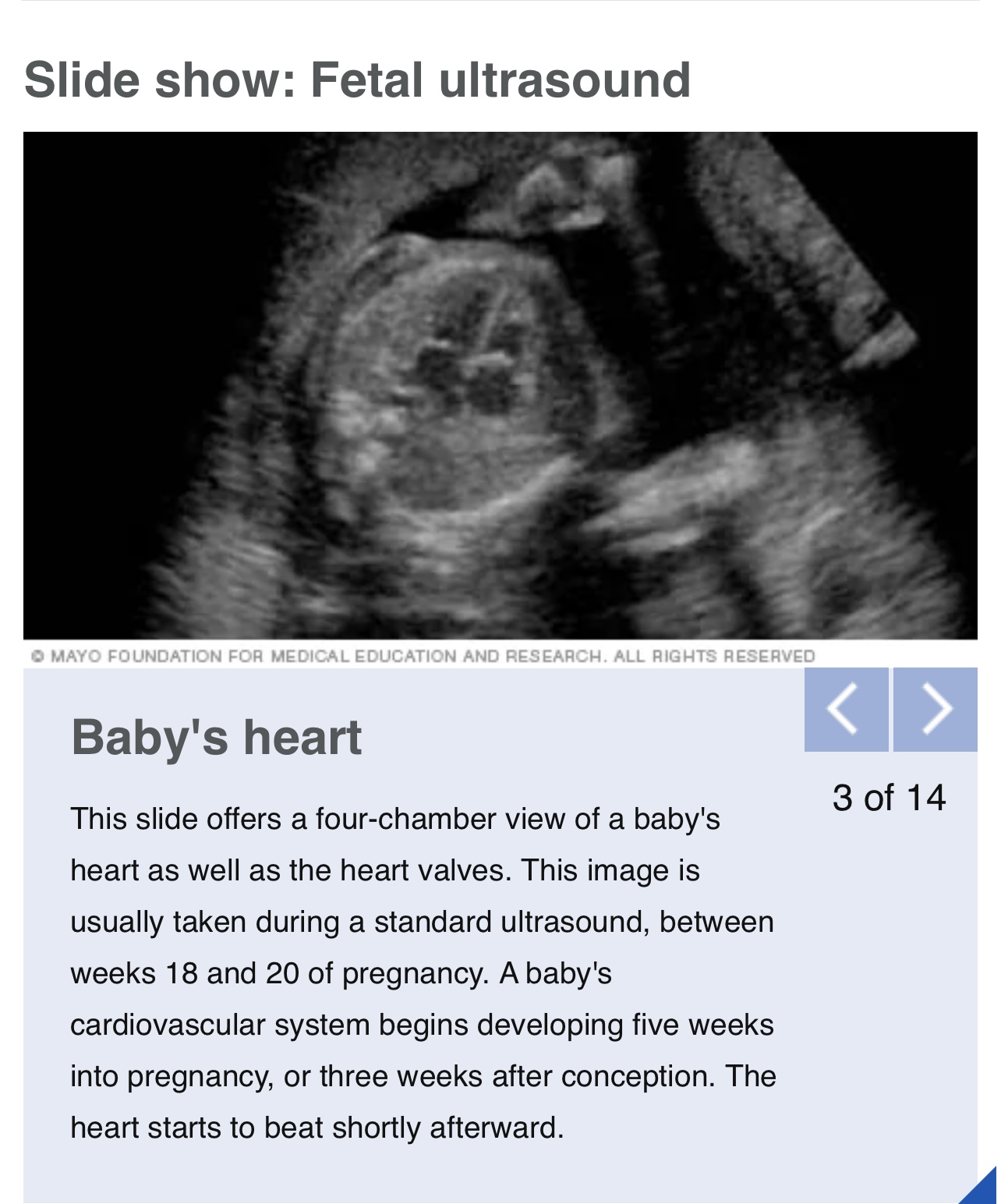 In 2021, in response to the pro-life laws that were proposed then passed in Texas, that prohibited abortions from taking place after a fetal heartbeat could be detected, a post on Planned Parenthood read "In truth, the 'fetal heartbeat' talking point is misinformation intended to deceive the press and public. As gynecologist Dr. Jennifer Gunter explains, at six weeks of fetal development, there is no 'heart' that beats — instead, there is detectable activity within a four-millimeter wide growth known as a fetal pole."

In 2017, The Atlantic reported that "At six weeks, the 'heartbeat' is not audible; it is visible, a flickering that takes place between 120 and 160 times per minute on a black-and-white playback screen. As cardiac cells develop, they begin to send electrical pulses that cause their neighbors to contract. Scientists can observe the same effect if they culture cells in a petri dish." This article, too, was in response to pro-life laws being written in some states.

Prior to these laws being proposed, there appears to have been broad consensus that fetal heartbeats began somewhere around 5 or 6 weeks post conception, and that the beating heart was visible on ultra-sounds, and could be audible as well.

"If you're wondering when you'll hear baby's heartbeat, fear not," Parents Magazine reports, "The answer may be sooner than you think. In fact, the 'whoosh whoosh' of your little one's little organ is one of the first things doctors look (and listen) for. A fetal heartbeat may first be detected by a vaginal ultrasound as early as 5 1/2 to 6 weeks."

That which was once roundly called a heartbeat has now been redefined to match an ideological, pro-abortion narrative being pushed by Democrats and pro-abortion activists who want to declare that a fetus isn't a life until as late as possible into the pregnancy. This is part of an effort to enable abortion on-demand for as long as possible.

A bill proposed by Congressional Democrats would have federally legalized abortion for all nine months of pregnancy. The bill did not pass. Some pro-abortion activists have said they have essentially no idea when life begins, which they expressed to Congress, while still others told legislators that men can give birth, and thereby need abortion access.