Planned Parenthood sex-ed flyer telling 11-year-olds they could have sex, as long as the partner isn't older than 13, distributed in WA public school

The handout listed other items that children did not need parental consent for such as birth control, as well as HIV and STD testing. The flyer encouraged sexting and advertised that condoms and emergency contraception could be obtained at any age. 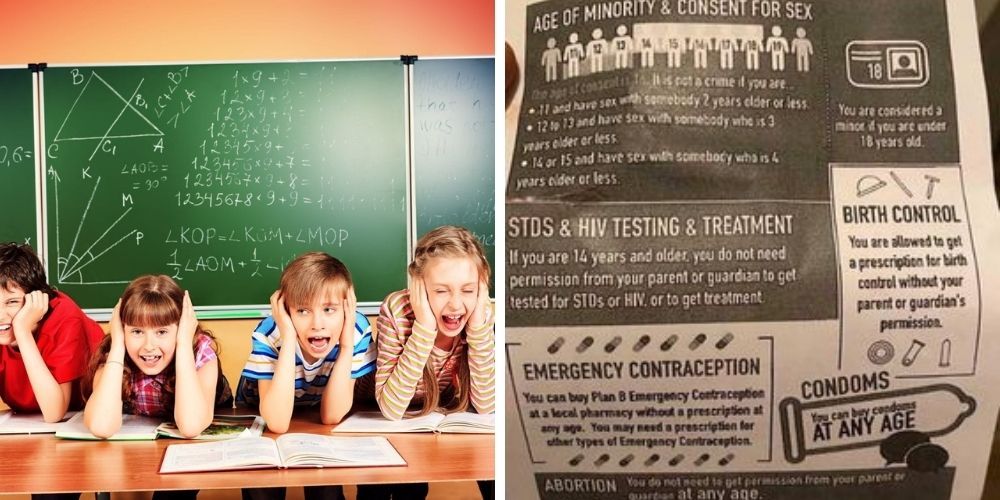 A flyer telling 11-year-olds that they can have sex, as long as the person isn't older than 13, was distributed earlier this week to students at Stewart Middle School in Tacoma, WA.

Angry parents contacted the school’s administrators after 8th grade children brought home the graphic flyer from science class. The flyer also informed students that they could get an abortion at any age without parent consent.

The handout listed other items that children did not need parental consent for such as birth control, as well as HIV and STD testing. The flyer encouraged sexting and advertised that condoms and emergency contraception could be obtained at any age.

Livid parents contact the school as well as Tacoma Public Schools. In a response obtained by The Post Millennial, Eric Hogan, assistant director of secondary education at Tacoma Public Schools said that the flyer was not part of the curriculum and should not have been sent home with students.

After an investigation Hogan said, "Previously, Planned Parenthood taught within our schools and supplied the slyer which was distributed to students. We discovered a binder of curriculum materials was left behind for an incoming teacher to use for this year, and the flyer was in the binder."

Hogan added that the teacher did not realize that the flyer was not approved and that "corrective action" had been taken against the employee. Hogan added that Planned Parenthood was no longer giving presentations within their schools. The director apologized and noted that unapproved curriculum had been removed and faculty had been instructed on what was included in approved material.

Informed Parents of Washington, objected to the early sexualization of children in the curriculum, as well as the graphic material and warned of the possibility of grooming young children for early sexual experiences.

This incident followed the "Free The Pill" campaign, which attempted to allow children to get over-the-counter birth control pills. Reportedly, the campaign wanted children as young as 11 for studies.