Amazon's response confirmed that the company has provided law enforcement with Ring videos at least 11 times over the past seven months alone. 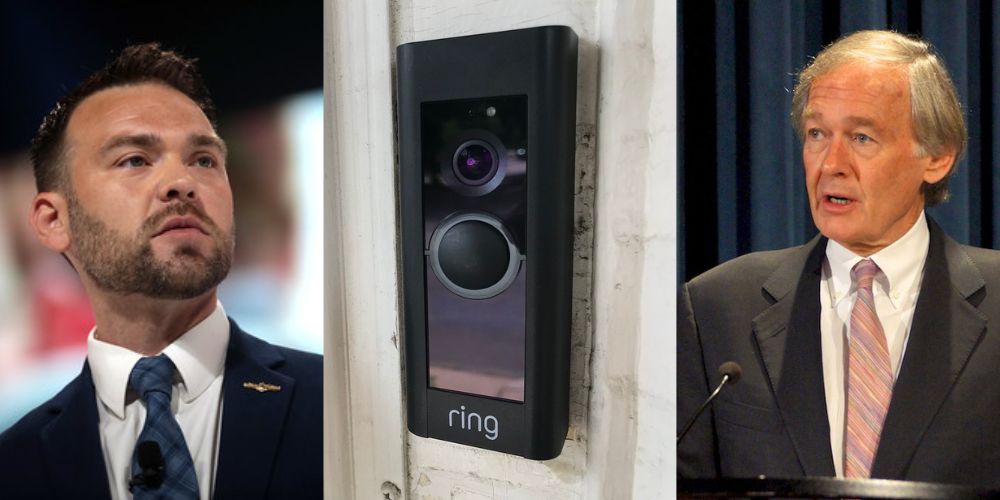 Amazon devices like Ring and Echo are recording footage that is being accessed by police without a warrant, due process, or user consent. The revelation comes after Amazon sent a July 13 response to questions raised by Senator Ed Markey revealing the existence of a web page that law enforcement can use to access a user's footage under the banner of an emergency.

Human Events Daily host Jack Posobiec said that "If you've got a camera that's hooked up to your house, and that camera's running through a network" then "you're not the only person that has access to that video."

Posobiec clarifies that the existence of these devices "created a mass surveillance network across the entire country. They are now able to monitor everything that's taking place on almost every street, every town, every city, in every state across the entire nation."

In his June 14 letter to Amazon, Markey wrote, "[Ring’s] surveillance system threatens the public in ways that go far beyond abstract privacy invasion: individuals may use Ring devices' audio recordings to facilitate blackmail, stalking, and other damaging practices."

The senator sent the request to Amazon so they could "address ongoing issues related to privacy violations and data sharing with police departments."

Amazon's response confirmed that the company has provided law enforcement with Ring videos at least 11 times over the past seven months alone.

Furthermore the devices' Terms of Service say nothing about this use of footage and do not warn consumers their video could be used in this way.

The Human Events Daily host asked, "should we have legislation in this country to determine how this mass surveillance system works?"

As The Verge notes that "it does seem to be true that federal law lets Amazon give this kind of information to a government agency, 'if the provider, in good faith, believes that an emergency involving danger of death or serious physical injury to any person requires disclosure without delay.'" The law is 18 U.S. Code § 2702 or "Voluntary disclosure of customer communications or record.