Officers arrested 30-year-old Duncan Andrew Small and 23-year-old Chioke Auden Fugate at around 11 pm on Monday "for lighting IEDs similar to pipe bombs and throwing them at the former monument." 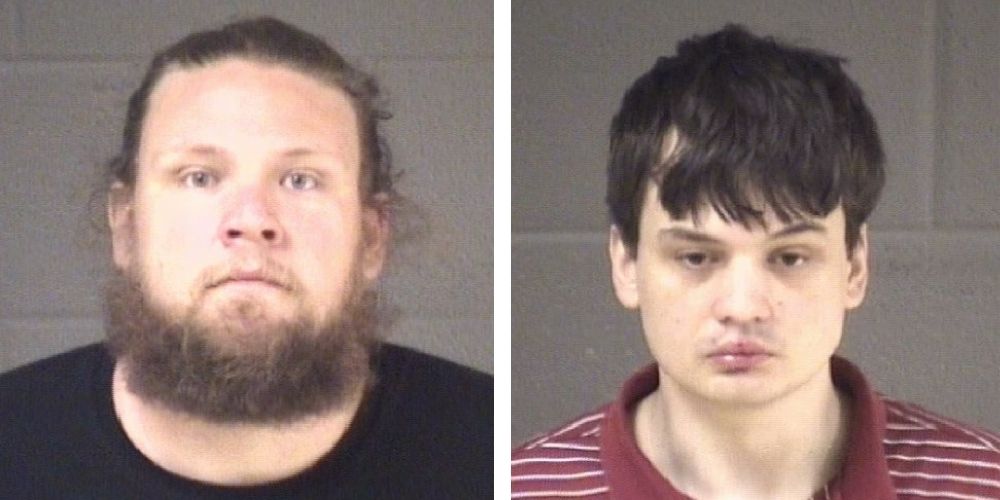 On Tuesday, the Asheville Police Department announced the arrests of two men wanted in connection to a bombing that took place at the former site of the Vance Monument.

The bombing took place on the Fourth of July, as spectators were leaving the area’s Independence Day celebration, according to police.

Officers arrested 30-year-old Duncan Andrew Small and 23-year-old Chioke Auden Fugate at around 11 pm on Monday "for lighting IEDs similar to pipe bombs and throwing them at the former monument."

Both men were charged with Possession of a Weapon of Mass Destruction and "Going Armed to the Terror of the Public."

Small received the additional charge of Discharging a Firearm in City Limits.

According to The Post Millennial’s editor-at-large Andy Ngo, Fugate has been released on bond.

Witnesses that were at the downtown scene told officers that they had overheard Small say that he was going to blow up the remains of the Vance monument.

Police said that no one was injured in the attack.

Asheville Police Department’s Bomb Squad responded to the scene that night, and located the remains of an exploded IED in Pack Square.

Bomb Squad Commander Capt. Joe Silberman said, "The size of the device used and nature of the energetic materials therein presented a clear threat to human life, especially in light of its use in such a densely populated area."

In Small’s vehicle, officers found a ballistic vest, a flare gun and ammunition, and a pistol with ammunition.

Both Small and Fugate had been depicted earlier in the day at a pro-abortion protest in the city, with Small being seen armed, and Fugate earring a ballistic vest. Police released a photo of the two men asking for the community’s help in finding them, and Small was charged and arrested with weapons violations for that incident earlier in the day.

"This sort of activity around a large crowd could have been deadly, so we are grateful it didn’t turn out worse last night," said APD’s Chief David Zack.

Police noted that they had received a threat just one day earlier regarding demonstrations.

Earlier in the day on Monday, Asheville police arrested another man who allegedly assaulted a victim, and attempted to strangle a police officer when they arrived to the scene.

David Paul Erickson has been charged with assault by strangulation, assaulting a government employee, and more.

Police are requesting the community's help in locating other persons of interest associated with the July 4 bombing.