Investigators have released an image of a man suspected of vandalizing a Mother Mary statue at a Toronto church in September. 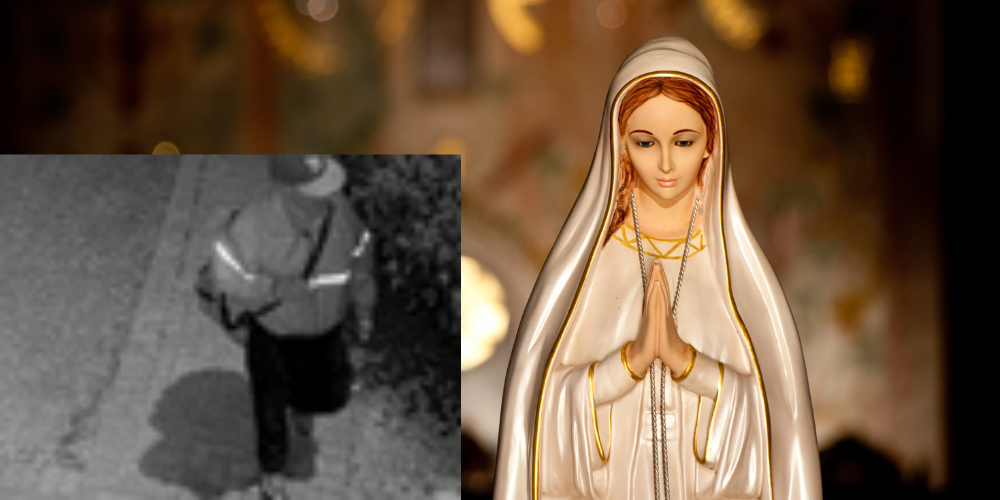 Investigators have released an image of a man suspected of vandalizing a Mother Mary statue at a Toronto church in September.

On Sept. 23, police say they were called to the Holy Rosary Parish church after a vandal damaged the hands and face of the statue.

The new video image evidence shows a man described as being 5-foot-8 and between 50 and 60 years old with an “average” build, according to the Toronto Sun. He was reportedly wearing dark pants, a dark top with a reflective stripping, work boots, and a baseball cap with the letter “A” on it.

Police are asking that anybody with information about the individuals possible identity or location contact 416-808-1300 or Crime Stoppers anonymously at 416-222-TIPS (8477).