A recent poll has suggested that almost two out of three Canadians are against the Wet’suwet’en solidarity blockades that are impeding railways and roadways. 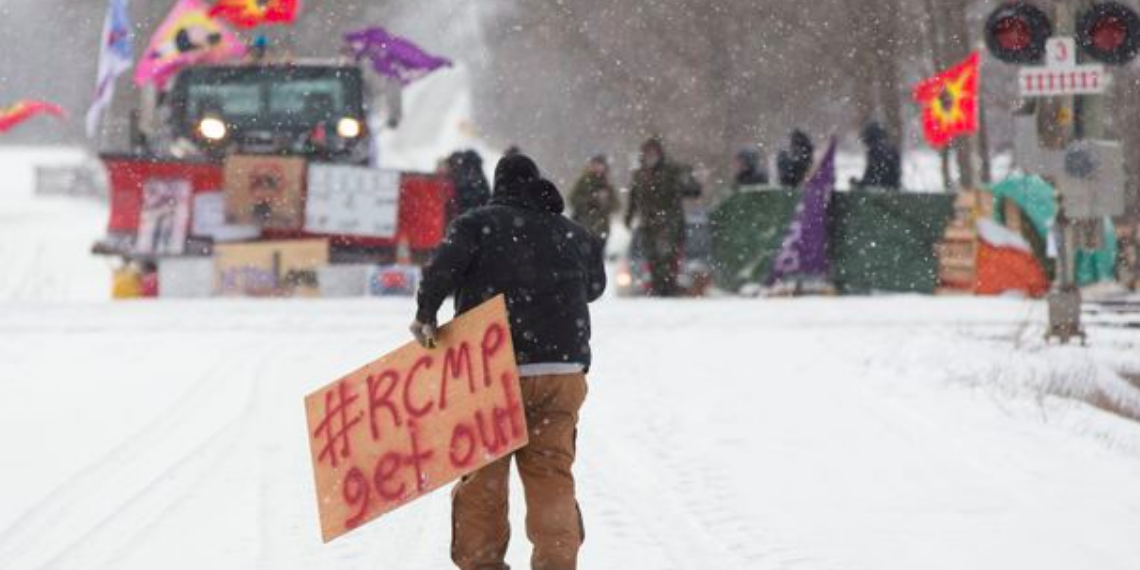 A recent poll has suggested that almost two out of three Canadians are against the Wet’suwet’en solidarity blockades that are impeding railways and traffic. The poll also suggests that about three of four Canadian respondents believe that the federal government should step up and address the issues affecting Indigenous people in Canada, according to an Ipsos poll commissioned by Global News.

Ipsos published a poll on Wednesday regarding the protests against the natural gas pipeline that is meant to be built in Northern British Columbia.

Darrell Bricker, the CEO of Ipsos Public Affairs said, “It’s the first poll that we’ve ever done on this issue. The first takeaway is that Canadians are not pleased to see ports and railways blocked.”

“In fact, they so don’t agree with it that almost half of Canadians—actually better than half, 53 percent—actually think the police should move in and do something about it.”

“What we also see in the polling is that… [75 per cent] of the people we interviewed are saying that something needs to be done about the plight of the Aboriginal community and that the government hasn’t performed particularly well on this,” said Bricker.

Coastal GasLink—the company attempting to build the pipeline—has signed agreements with all 20 First Nations elected councils on the pipeline route. There are however, some hereditary chiefs disagree with the action and oppose the $6.6-billion project all together.

As a result of the ongoing blockades, CN Rail has been forced to shut down its eastern Canada operations.

Prime Minister Trudeau had to cancel his out of country tour in order to return to Canada and deal with the ongoing tensions. The House of Commons held an emergency debate on Tuesday.

When asked if they believe that indigenous people have been properly consulted by the government, 56 percent of respondents said yes while 44 percent disagreed.

“They are trying to reconcile two things in their minds: one of them is a legitimate concern that Canadians have about the situation and the plight of Aboriginal people in this country—it’s quite clear that there’s a fairly deep feeling that something needs to be done on that… but on the other hand, even though they feel that this is an important thing that needs to be dealt with, they don’t feel that protesting by shutting down rail lines and shutting down ports is the correct response,” said Bricker.

Bricker added that there are differing views among Canada’s different regions but Alberta and BC are aligned on certain issues.

“This is one of the only issues I’ve seen in which British Columbia and Alberta actually align—when natural resources are concerned,” said Bricker, who added that the poll results show “younger Canadians are more aligned with the Aboriginal community.”

Bricker said that in his polling experience “the longer that things go on like this, the more the pressure builds on the government.”

“Public order is one of those things that is really regarded as a primary responsibility for the government and to the extent that… [the public] perceives that things are out of control, the worse it gets for the government.”