In No Nut November, the question “To fap or not to fap?” has become fraught with legal danger. 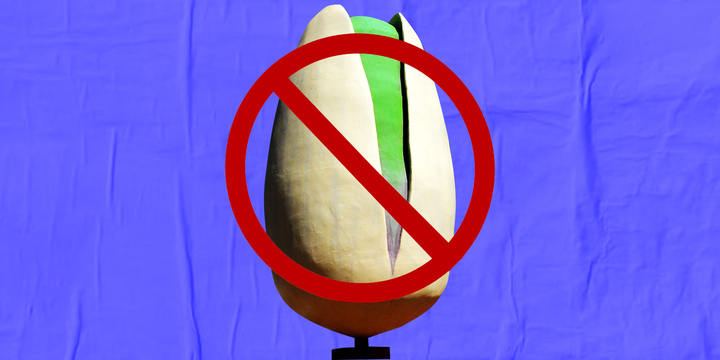 In No Nut November, the question “To fap or not to fap?” has become fraught with legal danger. This whimsical internet challenge has grown in popularity over the years alongside the scientific battle over whether or not pornography can become addictive.

By mid-November, those would-be abstainers who don’t take the challenge seriously likely already failed to remain the “masters of their domain” but the academic war will continue long after the end of the month.

The defamation suits accuse Prause of lying about being stalked, threatened, or harassed by them in any way. The statements of claim say that these are false accusations by Prause and that her public accusations are the only actual harassment taking place. In affidavits attached to the lawsuits, ten different people, including four women, claim to be personal victims of Dr. Prause.

Most people think anti-porn activists to be radical feminists like Catharine McKinnon and Andrea Dworkin, who sought to censor pornography as a civil rights violation and form of human trafficking.

The question of whether or not excessive pornography use can lead to addiction, actually causing physical changes to the brain, has yet to be decided. In the meantime, thousands of mostly young men seeking help online are being demonized as misogynistic for identifying pornography as a cause of their distress.

The complaints from these men include, but are not limited to, erectile dysfunction in the presence of a real-life partner, difficulty achieving orgasm during intercourse, social anxiety and escalation in their viewing habits which causes them to seek out more and more extreme forms of pornography in order to maintain their physical and psychological arousal.

The variety of pornography available online certainly ranges into extremely concerning areas, like rectal prolapse, and most people clicking from one video to the next are bound to quickly come across something this shocking.

For those who are struggling with a pornography consumption habit they feel has taken over their enjoyment of life, their curiosity has led many of them to believe they have an addiction.

But, how did this academic dispute escalate into civil lawsuits? It depends on who you ask.

Wilson has chronicled the six-year dispute on his website and, when put on a timeline, which includes Prause’s complaints to licensing boards and attempts to have people fired for sexual harassment or academic fraud, most of the events appear to be initiated by Prause herself.

When asked about this event, Wilson told The Post Millennial that he received an anonymous tip that Prause had filed an application for his domain, which he then opposed. Without this tip, he may have lost his website and body of research. Prause finally withdrew her application on October 18, 2019.

Prause explained her motivation to acquire Wilson’s website as an effort to eliminate what she believes are defamatory accusations about her and which she considers to be evidence of a cyber-stalking behaviour. The website currently hosts a lengthy compilation of events and documentation in which Wilson presents Prause as the harasser.

The first defamation suit was filed against Dr. Prause and her business, Liberos LLC, in May 2019 but it was not Gary Wilson who took this legal action. It was filed by neurosurgeon Dr. Donald Hilton Jr after Prause contacted the university where he teaches as an adjunct professor and made a complaint alleging, among other things, that Hilton had engaged in sexual harassment.

Hilton’s own research on behavioural addiction stands in stark contrast to Prause’s conclusions and they have frequently clashed over the pros and cons of pornography use. Hilton was one of the first to criticize Prause’s EEG study released in 2013.

In his lawsuit, Hilton vehemently denies having harassed Prause and claims that her accusations were designed to cause maximum damage to his reputation. Prause’s motion to dismiss appears to admit to the contents of the emails she sent but claims freedom of speech and “the right to petition” as her defence.

Hilton’s lawyer, Dan Packard, told The Post Millennial that “no person can falsely accuse an academic rival of sexual harassment in a deliberate attempt to silence that rival and then successfully hide behind the First Amendment.  ‘Free speech’ can never be used as a sword to silence academic discussion and debate.”

An article published in Reason heavily questions the way Prause framed her claims of sexual harassment. Interviewed for that article, “UCLA law professor Eugene Volokh, a First Amendment specialist, questions Prause’s ‘novel and pretty dangerous’ definition of sexual harassment.” In the context of her complaint, it reads as if all criticism of her scientific work has been reconstructed as an attack on her as “a female scientist.”

But the second lawsuit moves well beyond an academic dispute.

Rhodes’ statement of claim says the harassment escalated two years after this event when he alleges Prause began publicly accusing him of stalking and threatening her – an allegation which he denies. In an affidavit Rhodes states “I would never willingly subject myself to unnecessary communication with Dr. Prause.”

Prause has also publicly alleged that she filed FBI complaints against both Rhodes and Gary Wilson but in both cases, an FOI filed by the accused failed to produce any evidence of the reports. On the other hand, Wilson has posted evidence on his website that he filed a complaint against Prause after speaking with an FBI agent in December 2018.

The legal system is still struggling to determine where free speech crosses the line into actionable defamation in online disputes. The question of who “started it” can lead to an endless rabbit hole in which all involved are accused of “sock puppetry” (creating multiple fake usernames) and online mobbing. Most certainly, things have gone too far when employers are being contacted, lawsuits are being filed in court, and it starts to involve the FBI.

Dr. Prause recently tweeted that she reported a fundraiser aimed at helping Rhodes raise money for his legal bills. Prause alleges, despite the existence of the lawsuit, that this fundraiser is fraudulent.

“Mr. Rhodes is and always has been an eager and willing participant in the provocative debate surrounding pornography addiction, and is openly receptive of honest and fair criticism of his work, views, and opinions. He will not, however, tolerate malicious personal attacks from those who seek to discredit, disparage and otherwise injure him through false statements designed to assassinate his character and reputation. This case is brought solely in response, and properly limited in scope, to such attacks.”

In a recent Vice article, Prause is quoted saying “”Alexander Rhodes and NoFap’s lawsuit has no merit nor do his libelous and unfounded assertions regarding me, my character, or my business,” adding that Rhodes is “entitled to his opinions, however he is not entitled to spread complete falsehoods about me to profit himself and silence speech.”

The author of the same Vice article then goes on to call NoFap’s principles “slippery,” and attempts to link Rhodes to white supremacists by citing an April 2016 interview with Gavin McInnes, founder of the Proud Boys, despite that group being founded many months later. Ironically, McInnes was a co-founder of Vice and thus has a much stronger connection to their own publication than to Alexander Rhodes or NoFap.

And, in a way, that leads us back to the original question: To fap or not to fap?

The academic battle over whether or not their problem is technically an addiction is less important to them then getting help to change a habit they feel is destroying their lives.