The anonymous letter states that when Levvi was 29 or 30, he was a "mentor through the step up program at franklin high school in southeast Portland," and claimed that when the students he mentored as well as other students graduated high school, "he started to entertain them." 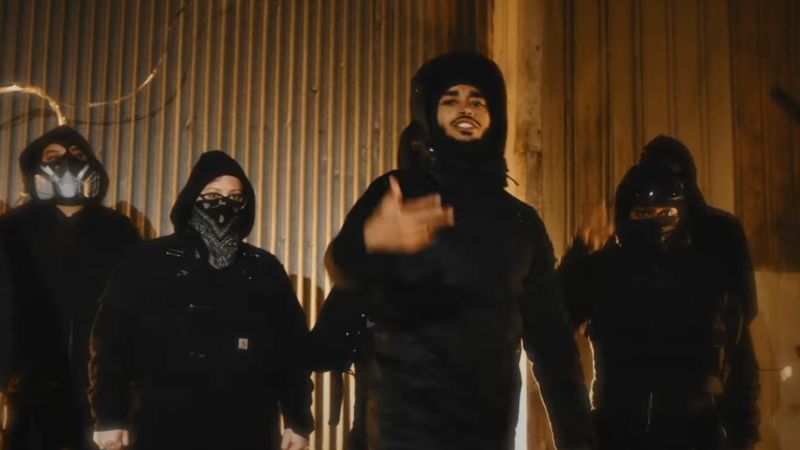 On Monday evening, an anonymous letter was posted by Antifa members in Portland accusing a prominent figure in their community, Jahdi Levvi, of grooming young women and emotionally abusing a former romantic partner.

The letter states that it includes information from an ex-partner of Levvi, and covers accusations of non-consensual sexual acts, grooming, "Jahdi’s consistency in being anti-sex/anti-sexworker," and "how he prioritizes profit/clout over people."

"One person had shared that Jahdi would film her without her knowing and he would send those videos to a group chat with his other friends, where they also shared non-consensually filmed videos of them having sex with their sexual partners," the letter states.

The letter includes Instagram messages sent between "a" and this other person, in which they state: "Hey, yeah he had showed me your story and I just wanted to warn you that when I messed around with him years ago I found out that his friends and him were in a group chat that recorded and sent videos of themselves having sex with women that didn’t seem to know they were being recorded."

The letter continues on to accuse Levvi of "grooming" students at a local high school through his mentorship position.

It states that when Levvi was 29 or 30, he was a "mentor through the step up program at franklin high school in southeast Portland," and claimed that when the students he mentored as well as other students graduated high school, "he started to entertain them."

Levvi reportedly had a relationship with one of his former students, who was 20 years old. The letter states that the two started talking and having sexual relations somewhere in the years 2020-2021.

"Jahdi is currently 33 years old, meaning he was 31 or 32 when he was involved with this person," the letter states.

In response to backlash to the tweet from a user, Levvi attempted to defend his statement, saying that it isn’t different than a 30-year-old dating a 24 or 25-year-old.

Also included was a tweet that Levvi liked on Twitter, which said, "A 30 and a 19 is weird to women but they will fawn over 60 year old sugar daddies at 22. This is why nobody listens to women talk about age differences."

The letter continues to complain about Levvi’s inconsistent stances towards sex work, including condemning OnlyFans in a message to "a" and liking "free sex worker content on twitter" despite also liking anti-OnlyFans content on the platform.

Additionally, the letter claims that Levvi "prioritizes profit/clout over people," noting an incident where "a" sent a Venmo request for nearly $500, half the cost of an Airbnb they stayed in Costa Rica, to which Levvi said that his "emotional labor" and a discount on marijuana should have been enough.

"Jahdi not only hurt people on an individual level but he cared more about profit than about community safety. in 2021, he took over a jfpk march to film his music video for his song "jfpk" [Justice for Patrick Kimmons]. he let everyone know that they could step aside if they didn't want to be in the music video. when safety members asked him how he would ensure they wouldn't be in the video, he assured them that he would be able to review the footage before uploading it. he ended up uploading it with identifying features and vehicles of the safety team," the letter states.

The letter later adds: "this is undoubtedly a lot of information to take in and a lot of harm to process, spanning across many categories. however, it is so important for people to have the ability to utilize informed consent. it is only doing more harm to the community of portland to be sitting on information about someone who could continue to cause harm."

"Please be aware that there are other ways in which Jahdi has been problematic. he's interacted with many other misogynistic tweets but it didn't seem as much of a priority to include it within the prominent categories listed above," the letter concludes.