Portlanders fear downtown and their own neighborhoods due to crime: poll 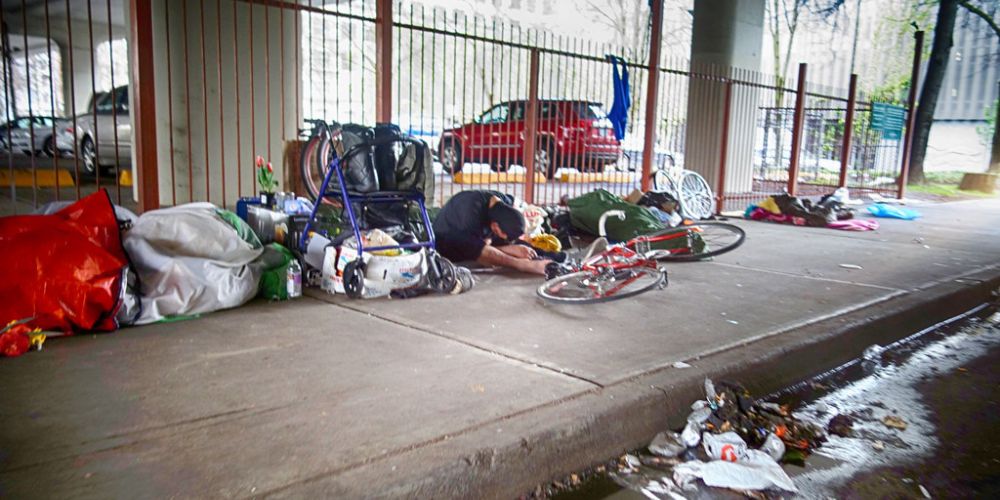 A new study has revealed that Portlanders are avoiding their own downtown area, and are even terrified of their own neighborhoods.

Researchers at the University of California, Berkeley used GPS location data from 18 million cellphones to see how many people were returning to businesses, bars, and restaurants in 62 downtowns around the county and compared activity from before 2019 to activity from March through May of 2022.

According to new polling data obtained by the Willamette Week from DHM Research on behalf of City Hall, close to 60 percent of respondents had a negative impression of downtown Portland. Reasons for avoiding the area were homelessness (66 percent), trash and graffiti (60 percent), vandalism and property crime (51 percent), and violent crime (50 percent).

The Portland Police Bureau has been the model agency across the country for the Democrat's popular "Defund the Police" movement. City leaders slashed the police budget by $15 million in 2020 which has since resulted in record-breaking homicides and skyrocketing crime throughout the city.

On August 19, Portland Democratic Mayor Ted Wheeler extended an emergency ban to block the homeless from camping around school buildings and along routes to and from schools.

Wheeler said in a statement, "School-age children should be able to walk, bike, and ride buses to get to and from schools without potentially dangerous hazards as a result of encampments, including trash, tents in the right of way, biohazards, hypodermic needles, and more."

In February, Wheeler signed an emergency ban on homeless camps near roads with high numbers of vehicle crashes following the release of a report from the Portland Bureau of Transportation that said in 2021 the city saw its highest number of traffic deaths since 1990.