POSOBIEC: LeBron James must 'stand up' and 'demand justice' for Ethan Liming 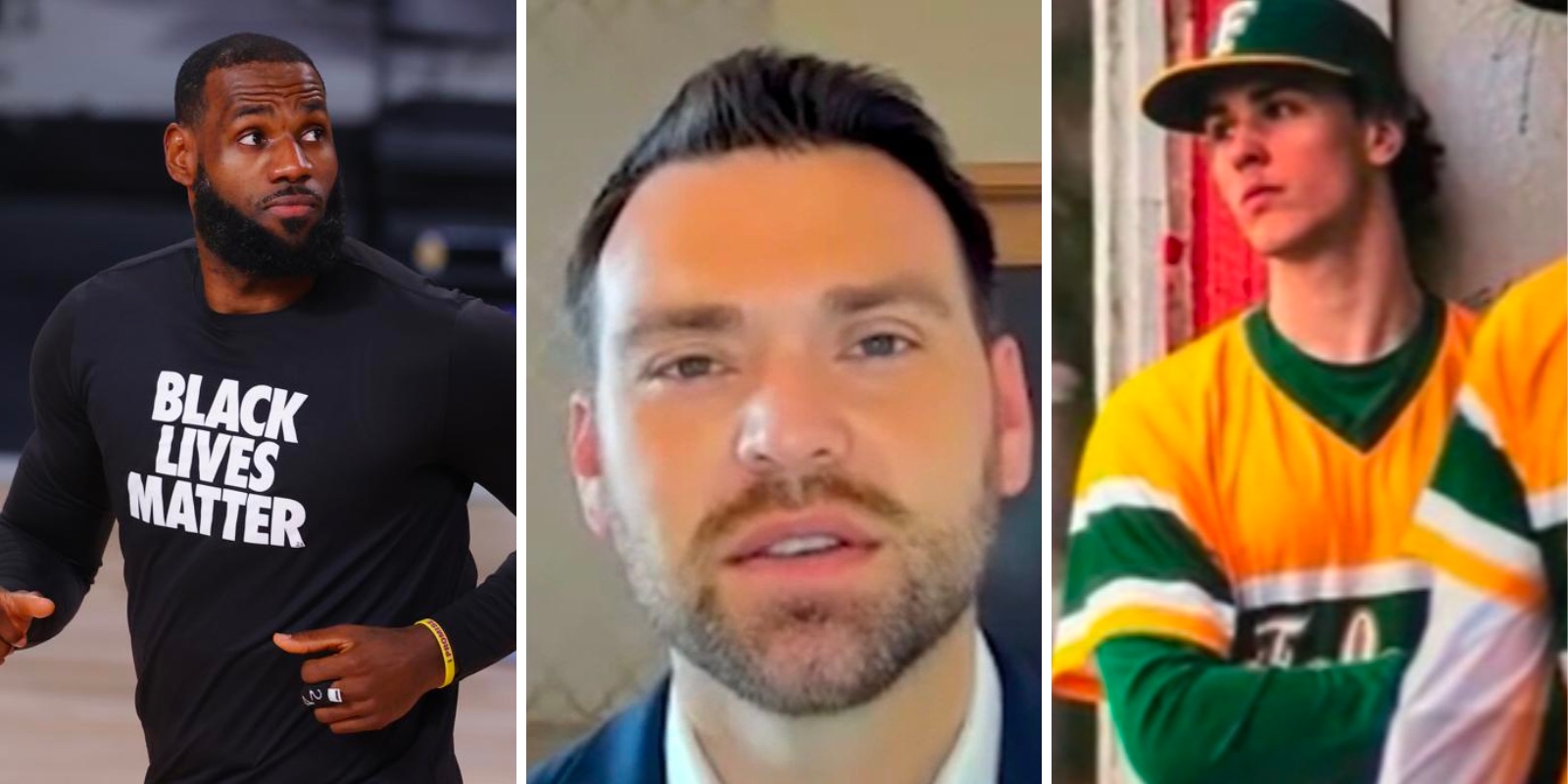 Human Events Daily host Jack Posobiec slammed NBA star LeBron James for not demanding justice in the death of Ethan Liming, the 17-year-old boy who was beaten to death at a school founded by James in Cleveland.

Liming, of Akron, Ohio, was found beaten to death in the school parking lot on June 2, according to the Akron Police Department. Liming would have been a senior at Firestone Community Learning Center in the Fall.

Authorities say that Liming was playing basketball on the school court with a group of at least three other males. A fight broke out in the school parking lot and Liming was found dead at the scene around 11 pm that night. Liming's cause-of-death was blunt force trauma to the head, according to investigators.

Three men have been charged in relation to the death, with the men all being held on a million-dollar bond each.

"What's incredibly interesting to me is, LeBron James. I'll give him credit, he's put up a couple of tweets on this, and he's mentioned it. But LeBron James, who's a guy who's usually leading the charge for social issues, who's always demanding justice for this thing or that thing," Posobiec said.

"LeBron James won't say anything about the CCP and the Uighur camps, no no no. Telling people they should 'pipe down' when they talk about the Uighur camps. This is your school, sir. This is the school that you fund. He just visited it like a week ago he was there.

The NBA megastar has gone silent on the matter since his tweet, which is not common for James, a known and outspoken activist that uses his platform for "justice," and now the family is begging for his help.

"And so the question is, Mr. James, why is this taking place within the confines of your school? I love the media saying,... 'It was near the school, it wasn't in the school...' Guess what. The basketball court, the parking lot, that's part of the school. That's on school grounds, everybody knows that.

"Should I say that LeBron James needs to be held accountable for this? No, of course not. Is he to blame for this? No, of course not. But what I am saying, though, is that he's been awfully quiet about the beating death of Ethan Liming, a 17-year-old kid, obviously goofing around. But the fact that he was assaulted, beaten, and killed by these individuals really flies in the face of everything we've been talking about in this country.

"Keeping schools safe, keeping communities safe, keeping society safe. And so Mr. James, this is an opportunity for you, I mean this seriously, in all sincerity. Stand up and show that you're not going to play politics, demand justice in this case, the same way you demand justice everywhere else," said Posobiec.