Minnesota US District Court Judge Wilhelmina Wright is on Biden’s potential list of nominees and meets the President’s announced qualifications. 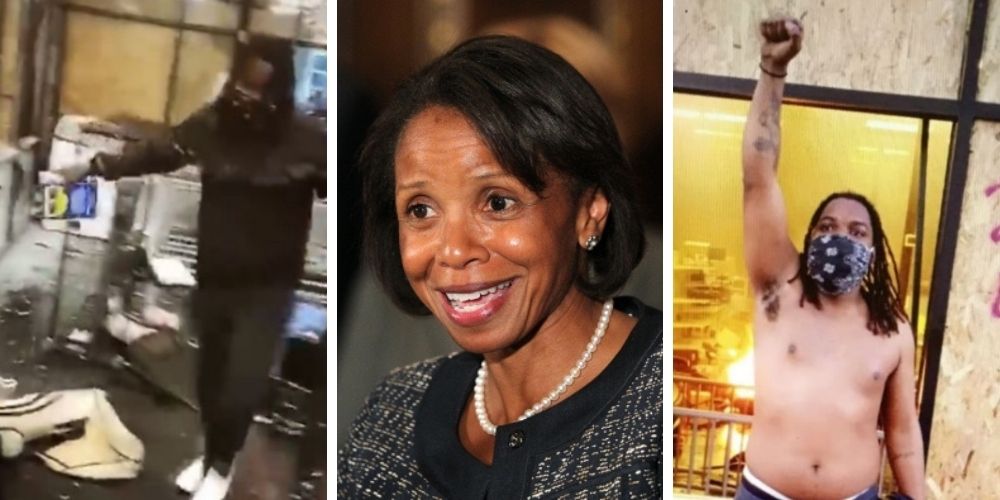 A judge who is reportedly a possible candidate of Joe Biden’s to fill Justice Stephen Breyer’s seat on the Supreme Court, gave an arsonist who set a fire that killed a father of five during the 2020 George Floyd riots Minneapolis a reduced sentence to half the time he should have served for the crime.

According to a CBS affiliate, Minnesota US District Court Judge Wilhelmina Wright is on Biden’s potential list of nominees and meets the President’s announced qualifications for the Breyer’s replacement by being a black female. Wright became the state’s first black female federal judge six years ago.

Last month, Wright sentenced Montez Terriel Lee Jr., of Rochester, New York, to 10 years in federal prison after being convicted for arson that resulted in a man's death. More than two months after the arson, 30-year-old Oscar Lee Stewart was found dead in the rubble. Lee set the blaze during the riots after George Floyd's death.

While sentencing guidelines indicated that Lee should be incarcerated for over 200 months, a memo from the US Attorney's office for the District of Minnesota at the time of sentencing recommended a lesser sentence and Wright agreed. The US Attorney stated that while "Mr. Lee committed a crime that cost a man his life," his motives for setting the blaze should be taken into consideration at sentencing.

"Mr. Lee’s motive for setting the fire is a foremost issue," the US Attorney's office wrote. "Mr. Lee credibly states that he was in the streets to protest unlawful police violence against black men, and there is no basis to disbelieve this statement.

"Mr. Lee, appropriately, acknowledges that he 'could have demonstrated in a different way,' but that he was 'caught up in the fury of the mob after living as a black man watching his peers suffer at the hands of police.'

"As anyone watching the news world-wide knows, many other people in Minnesota were similarly caught up. There appear to have been many people in those days looking only to exploit the chaos and disorder in the interests of personal gain or random violence. There appear also to have been many people who felt angry, frustrated, and disenfranchised, and who were attempting, in many cases in an unacceptably reckless and dangerous manner, to give voice to those feelings. Mr. Lee appears to be squarely in this latter category."

As such, the US Attorney's office requested a sentence of 144 months down from the recommended more than 200 months, and Judge Wilhelmina M. Wright granted a 120-month term.

Lee, along with others, set fire to Max It Pawn Shop in Minneapolis during the destructive George Floyd riots on May 28, 2020.

"I refuse to not learn from this experience and hope to make something positive from it," Lee vowed at sentencing.

"This moment in life doesn't define who I am, but it can help mold me into the person I want to become." Lee had pled guilty to the single count of arson in July 2021. On that same night, another blaze destroyed the Minneapolis Third Precinct building. Lee said he found the gas can that he used to torch the building inside the building.

In requesting a lesser sentence, prosecutors noted a photo of Lee holding up his fist, a symbol of black power. "The raised fist Mr. Lee showed, and his brazenness in committing the crime... is telling. Mr. Lee was terribly misguided, and his actions had tragic, unthinkable consequences. But he appears to have believed that he was, in Dr. King’s eloquent words, engaging in 'the language of the unheard.'"

According to the Washington Free Beacon, House Republicans are now demanding the Justice Department explain why it advocated for the  reduced sentence for the arsonist who killed a father of five. Rep. Chip Roy (R-TX) sent a letter to the department Wednesday demanding answers why prosecutors pushed for Wright to halve the sentence for Lee.