With numbers around who to call first, second, third, and so forth. 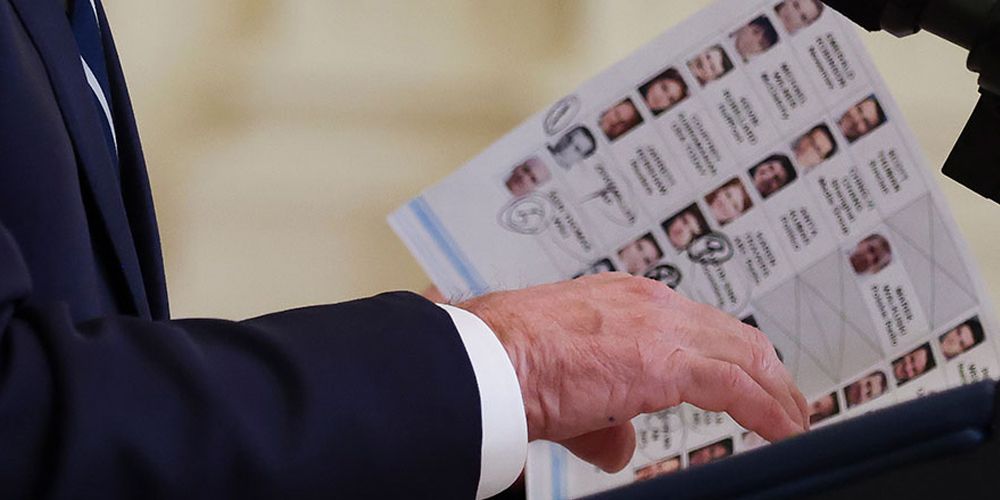 Today was a long-anticipated day as President Joe Biden hosted his first official press conference. This comes as even though yesterday he responded “what press conference?” when a reporter asked him if he was ready.

Apparently he was more than prepared. Seeing as how the New York Post spotted Biden’s reference sheet containing not only a list of reporters and accompanying photographs, but additional “1” “2” “3” numbers circled around particular names.

Another photograph is in the piece. However Biden was much more forthcoming about this cheat sheet. It listed some factoids about US infrastructure for him to read out. Some of the bullet points included the state of disrepair for US bridges, as well as how China is doing in comparison to America.

But the persistent debate between Democrats and Republicans in recent weeks has been over Biden’s fitness for holding office. While Republicans had plenty of fodder to point to today to support their argument (i.e. claiming to have come to Senate "over 120 years ago"), the Left claims Biden proved himself for being able to carry himself at all through today’s press conference.

A sensitive topic of course being the ongoing situation at the US border. President Biden attempted to explain the situation as much as possible, at least to the point where he wanted to come off as conveying transparency. But when pressed by reporters, Biden responded it would still take some time to enact whatever his plan is before he’s ready to commit to that.

"I guess I should be flattered because people are coming because I'm a nice guy, that's why this is happening,” President Biden joked about the border crisis.

Most glaringly Peter Doocy of Fox News was in the room, but Biden refused to call on him.