The radical side of Natalie Montelongo has an on/off switch when Democrats lead the White House. 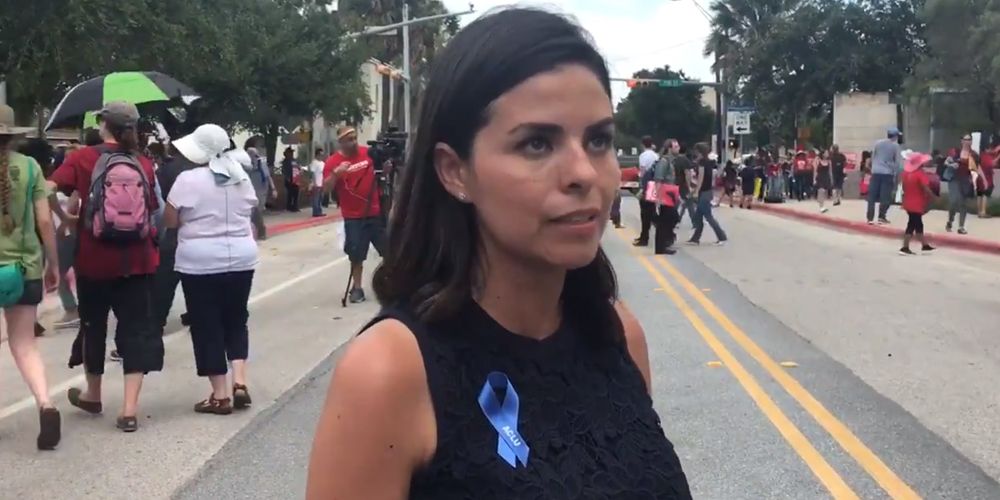 President Biden’s new deputy director for the White House’s Office of Political Strategy and Outreach has a strong history of opposing the Trump administration and the ICE immigration enforcement agency.

It looks like the activism pressure paid off for her. Natalie Montelongo tweeted late last month about her new job.

Now what can we expect from this addition? A compliant Democrat establishment drone. These tweets highlighted by Fox News illustrate the lengths that Montelongo was willing to push the envelope when a Republican was in the White House.

"This administration's actions are not motivated by public safety concerns - they’re terrorizing immigrant communities. #ICE didn't exist 15 years ago, it doesn't have to exist now."

Another career choice noted by the outlet was that Natalie Montelongo worked on the failed Julian Castro 2020 presidential campaign. Before that she was with the ACLU as their "National Campaign Strategist, Immigrant Rights.”

Earlier on, years ago, Natalie Montelongo was a political director for the 2016 Hillary Clinton campaign. With such writing on the wall, we can see she’s a Democrat Party “Yes” girl.

Neither Obama or Biden could do any wrong.

Watch as the new Biden deputy director makes excuses for Obama’s deportation record (something that even Biden last year criticized).

"Trump just stated that children were separated from parents under Obama, but it was only under the Trump administration that a blanket policy (zero tolerance) was put in place to prosecute parents and, therefore, separate them from their children #FakeNews"

"Obama deported 1.18?million people during his first three years in office, Trump has deported fewer than 800,000," admitted the Washington Post in November 2019.

Then we come to the Biden administration and his border crisis. Back in January, Natalie sounded so excited that the current President would “reverse Trump’s cruel immigration policies.”

Fast forward a few months and we all saw how the situation at the US - Mexico border deteriorated. The Biden administration blamed Trump for the spike in migrant arrivals. Texas Governor Greg Abbott outright says Biden is abandoning “the rule of law.”

The routine of denials from White House Press Secretary Jen Psaki in the face of viral video footage showing children being literally thrown over the border wall.

“Reminder: It is not “Biden administration policy” that allows unaccompanied minors to request legal protection at the border. That is the American asylum system, codified into law by congress in the the Refugee Act of 1980.”

Just today The Post Millennial reported on a group of “more than 50” migrants crossing the Rio Grande River and entering the US via Del Rio, Texas.