U.S. President Donald Trump has reportedly asked the Danish government if it’s possible for the United States to purchase Greenland from Denmark. 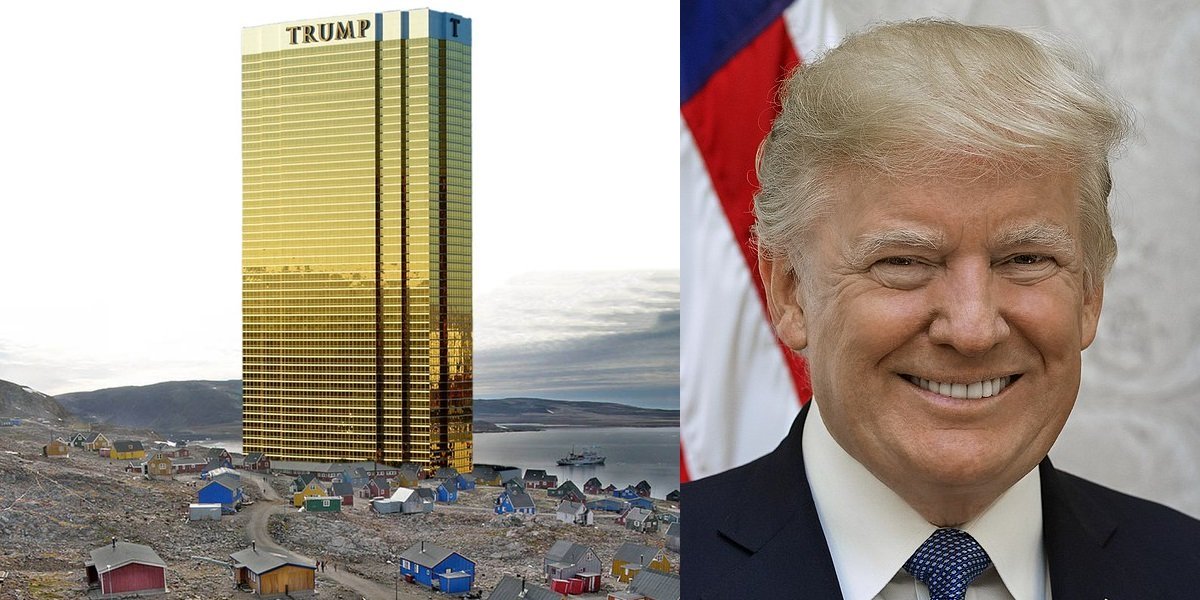 U.S. President Donald Trump has reportedly asked the Danish government if it’s possible for the United States to purchase Greenland from Denmark.

As many of you surely know, Greenland has always been a part of America—North America, that is. The massive island and Danish territory is politically much more aligned with Europe than it is North America, but this is all apparently up for grabs.

Trump’s interest in Greenland was first reported Thursday evening by the Wall Street Journal. In that report, the Journal claimed that people familiar with the President and his deliberations had raised the issue during dinners and meetings, asking advisors and aides about the serious possibility and any possible advantages of buying the massive ice-covered hunk of land. Trump also reportedly asked the White House counsel to research the matter.

The acquisition of Greenland may seem odd, but there is reason for it. Greenland is home to Thule Air Base, which is the US military’s northernmost base and one of the most northern bases in the world, beaten out only by Alert, Nunavut. That airbase, built in 1951, features incredible high-tech military technology such as the complex Ballistic Missile Early Warning System that can warn of any incoming ballistic missiles.

Not just that, but the acquisition of Greenland would give the U.S. nearly 2 million new kilometres of land to call their own. Though Greenland is mostly ice, this would still jump the U.S. over China and Canada as the largest countries in the world, and would set them in a cozy second place, still over 5 million kilometres^2 away from being larger than Russia.

President Trump reportedly told associates that he’d been looking into the Greenland deal because Denmark was facing financial woes from supporting the territory with a population of 56,000—a population that has nearly doubled since the 1960s.

Trump reportedly asked Danish advisors, “What do you guys think about that?” even asking them if they think it would work.

The source went on to say that Trump had a joking tone when asking the question, but that the President may still have interest in Greenland’s natural resources.

With all of that said, it would be interesting to see what would happen if the Red, White, and Blue added some Green to their diet.