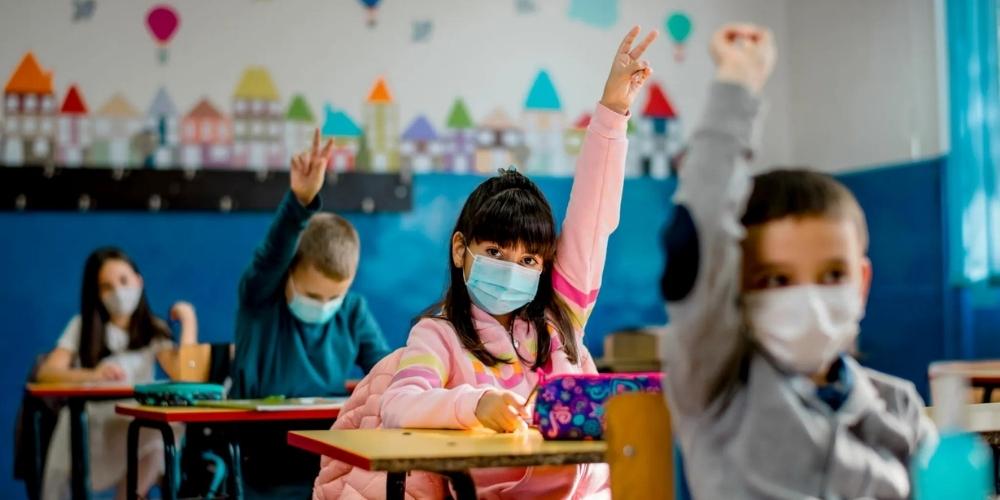 A California father is calling for change after police escorted him and his son, 4, from school property for attempting to drop his son off without a mask.

The father, who is only identified as Shawn by the Daily Mail, was confronted by local police on Thursday at Theuerkauf Elementary School in Mountain View, a city in Silicon Valley.

In a video recorded by Shawn, the little boy is maskless and being escorted from school by a staff member.

"I'm sorry, he's not able to come in unless he has his mask on," principal Michelle Williams said on camera. "I welcome him here, and I've said this before and I'll say it again; I want him here, but it is our district's policy that students have to wear a mask."

"He is a lovely child. We are here to support and serve him," she added. "I am here to serve all our students on our campus. I cannot keep spending time on this same issue. I'm going to have to have you removed from campus if you do not leave at this time."

In the video, the responding officer tells Shawn that he's there to enforce the rules, but also empathized with the father.

The seven-day rolling average for positive COVID cases in the area, which is one of the most affluent in the nation, is 544, significantly down from the peak of 5,127, reported Daily Mail.

On Friday, the day after the incident, Mountain View Whisman School District changed its policy, in accordance with a new CDC guideline. The students at their nine elementary and two middle schools are now no longer required to wear face masks.

However, Shawn claims the mask mandates have not gone away for good because the rule could be easily reinstated.

"They have not rescinded the policy," he explained. "Ultimately what we are trying to do is get parental choice or parental opt out."

According to the disgruntled father, the district's policy on masking is a week-by-week on/off switch.

Shawn said he and his wife believe their son may have special needs. He also said the son has never worn a face mask before. When he was asked to at routine doctor's visits, he became distressed.

To help ease the transition into school, Shawn said he began voicing his concerns about mandatory masks to Mountain View Whisman School District in the spring, but the superintendent was unresponsive.

The district also suggested he wait till his son is older to be enrolled in school, he said.

"They said school doesn't have to begin until the age of six," Shawn said.

Shawn said he, along with other parents, have formed a group called Mountain View Parents United to revoke the mask mandates entirely.

"I do have a medical background, I've worked extensively in the healthcare environment. I'm well-versed in medical law," he said. "And in essence, they are breaking it. They feel like they can walk all over it. If a patient does not offer consent, they can not touch the patient."

"We're going to continue to challenge this," he added.

Mountain View School District's policy is different to the majority of California schools, where masks are now optional. According to Shawn, there are only three remaining school districts in the state enforcing mask mandates. He described Mountain View as "the very last domino to fall."

"Some of the parents on the other side reached out and said, 'we've been watching you go through this. We love you guys,'" he said, adding that he actually approved of the superintendent and police department.