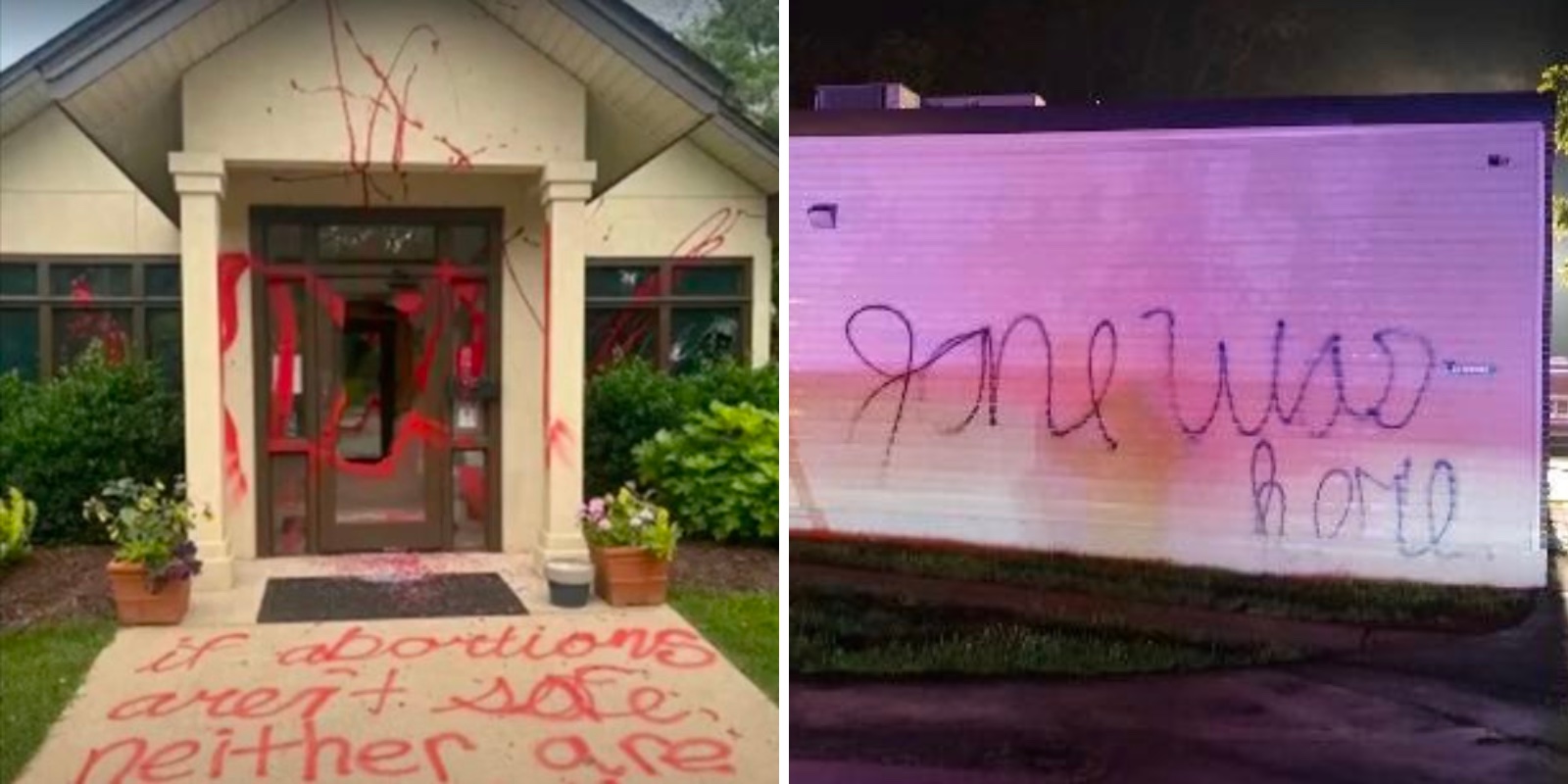 Pro-abortion militants Jane's Revenge has declared that their 30 days of patience and mercy have come to an end. "Your thirty days expired yesterday," they state in an open letter proffered on June 15. "We offered an honourable way out. You could have walked away. Now the leash is off. And we will make it as hard as possible for your campaign of oppression to continue."

"We promised to take increasingly drastic measures against oppressive infrastructures. Rest assured that we will, and those measures may not come in the form of something so easily cleaned up as fire and graffiti. Sometimes you will see what we do, and you will know that it is us.

"Sometimes you will think you merely are unlucky, because you cannot see the ways which we interfere in your affairs. But your pointless attempts to control others, and make life more difficult, will not be met passively. Eventually your insurance companies, and your financial backers will realize you are a bad investment."

Jane's Revenge shared their first communique on May 8, stating that they would be planning a "Night of Rage" to meet the Supreme Court's decision on Dobbs v Jackson Women's Health, a ruling which would spell an end to the precedent of the federal legalization of abortion. A draft decision was leaked in April, and Chief Justice Roberts confirmed its veracity. That draft has sparked protests and activist demonstrations across the country, including in front of the homes of those Supreme Court Justices who signed the majority opinion.

There was even an assassination attempt on the life of Justice Brett Kavanaugh.

"We were unsurprised to see thirty days come and thirty days pass with no sign of consilience or even bare-minimum self-reflection from you who impersonate healthcare providers in order to harm the vulnerable," Jane's Revenge writes. "History may not repeat itself, but it certainly rhymes, and we’ve already seen such stanzas where medical autonomy is stripped away, humanity is increasingly criminalized, and merely surviving becomes largely untenable."

"From here forward," Jane's Revenge states, "any anti-choice group who closes their doors, and stops operating will no longer be a target. But until you do, it’s open season, and we know where your operations are.

"The infrastructure of the enslavers will not survive. We will never stop, back down, slow down, or retreat. We did not want this; but it is upon us, and so we must deal with it proportionally. We exist in confluence and solidarity with all others in the struggle for complete liberation.

"Our recourse now is to defend ourselves and to build robust, caring communities of mutual aid, so that we may heal ourselves without the need of the medical industry or any other intermediary.

"Through attacking, we find joy, courage, and strip the veneer of impenetrability held by these violent institutions," Jane's Revenge states.

The militant group takes its name from the 1960s and 70s era women's network that facilitated abortions at a time when it was illegal in the US called simply Jane. A new documentary is set to be released about the group. Seven members of that group were arrested in 1972, and the women were charged with both abortion and conspiracy to commit abortion. After the Roe v Wade decision in 1973, those charges were dropped.

Jane's Revenge has a message not just for their opponents in their fight to secure abortion rights, or try to pressure the Supreme Court into reversing their pending decision, but for those who support them: go cause mayhem.

"And for the allies of ours who doubt the authenticity of the communiqués and actions: there is a way you can get irrefutable proof that these actions are real. Go do one of your own.

"You are already one of us. Everyone with the urge to paint, to burn, to cut, to jam: now is the time. Go forth and manifest the things you wish to see. Stay safe, and practice your cursive," they conclude, before signing off "Jane’s Revenge".

This is the common refrain of contemporary militant and activist groups, which are substantially leaderless. Loose affiliations and networks of activists and militants with common perspectives take their cues from each other online and commit their acts without a leader.