Antifa militants claim that they are part of a leaderless movement. This gives them the plausible deniability they need to engender progressive, public support. 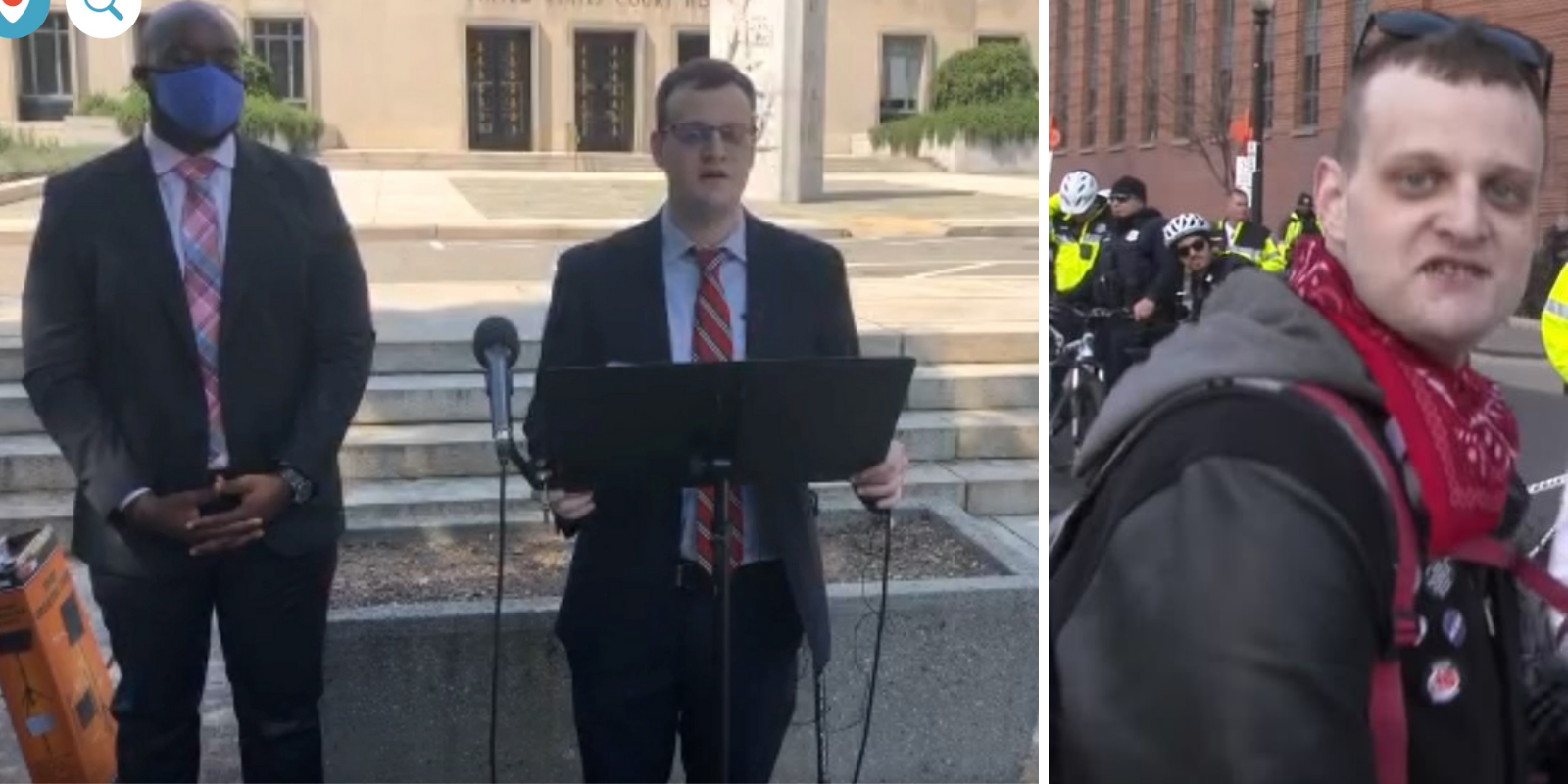 Antifa militants claim that they are part of a leaderless movement. This does everything to advance their cause, while giving them the plausible deniability they need to engender progressive, public support.

In June, a North Carolina man, Chandler Wirostek, tweeted out that he was the leader of Antifa. When officers contacted him for further information, he stated that his missive was merely in solidarity.

While the Trump administration announced their intentions to hold Antifa accountable as a terrorist group, and representatives in the House of Representatives held hearings to get to the bottom of it, The Washington Post announced that "left-wing militants invoked by President Trump and a chorus of conservative voices has yet to materialize."

The New York Times said Antifa doesn't exist, and their evidence was based arrest records and known affiliations. This was the same way that Oregon Senator Ron Wyden and New York’s Rep. Jerrold Nadler claimed that the organized was pretend.

Antifa agitators are not known by ID cards, or by meetings attended, they are known by declarations on social media that can be easily construed or re-classed as support, and not allegiance. Molly Conger, arrested in Richmond, Virg. for being part of riots and mayhem, could use that same excuse, despite her stated positions.

Then there’s the case of Jason Charter. In July, Jason Charter was arrested and booked for attempting to tear down a statue of President Andrew Jackson Washington DC’s Lafayette Park on June 22, and for having participated in the destruction of the Albert Pike Historical Statue in Washington on June 20. He faces three felony counts which could bring a prison sentence of 20 years.

After he was charged for these crimes, Charter delivered a press conference.

Dressed professionally in a suit and tie, Charter looked very different from how he was dressed during the vandalism of the equestrian statue of Andrew Jackson in late June, or when he was allegedly seen lighting his cigarette off of the flames that engulfed the Pike statue.

"My name is Jason Charter, and I am a proud antifascist," he began, before recounting the circumstances of his arrest.

"As you know, on July 2, at 6:30 a.m. federal agents from the FBI and Park Police raided my home. I was placed under arrest and my home was torn apart by federal agents, to be unrecognizable to what it was beforehand."

His primary concern, however, appeared to be relieving Antifa, the loose affiliation of individuals engaged in spreading chaos and mayhem throughout American cities, off the hook for either his crimes or for truly existing at all.

News reports had identified Charter as a as an alleged Antifa "ringleader" with regard to the vandalism of statues and rioting. Charter dismissed these claims.

"The 'ringleader of Antifa' statement is as absurd as it is false. Anyone with access to Wikipedia and 15 minutes of their time can learn these very simple facts: Antifascism, or Antifa, is an idea which simply means to be against fascism. If you are against fascists, like Nazis, then you are an antifascist too.

"There is no cabal of antifascist ringleaders, there are no Soros checks, there is no funding from Hillary Clinton or any other Democrats. And there’s no rich benefactor that supports these activities.

"By the very nature of the way that we organize— we organize horizontally and don't believe in a hierarchy so how could there be leaders in a movement. And that's why antifascist movements have no leaders."

"I am no more a ringleader than anyone else," Charter said.

The framing of Antifa as a group of like-minded individuals that has no leadership is intentional. In this way, no one person can be held accountable for the actions of many, and the movement itself will be barely impacted by individual departures from that group, no matter who or how many are arrested or leave for any other reason.

That Antifa has formed themselves as something where no one person is in charge, where they are a group of defacto leaders who get information and direction from the mob sentiment of Antifa sympathizers online, does not diminish their impact or their classification as a militant group.

Senators and media alike are looking to apply old definitions to a movement that has abandoned the recognizable shapes that we have come to expect groups of activists to look like. And Antifa uses that blindness to its advantage.